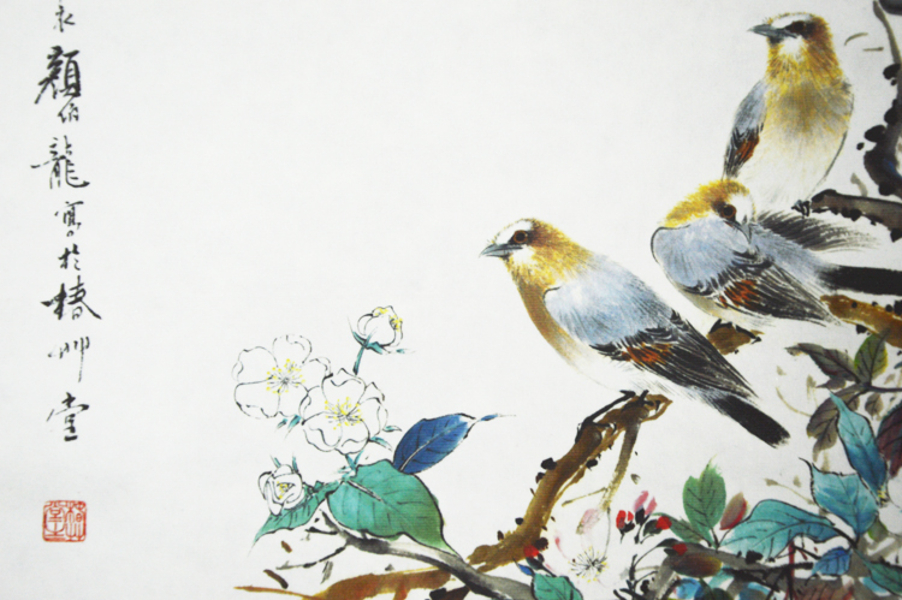 Before the Warblers Begin To Sing

Wang’s morning started an hour before warblers began to sing.  He had no desire to leave the comfort of his cot just yet, for the sky was still painted by the shadows of twilight and his head continued to burn with a feverish drowsiness that must have been a remnant of his wild night yesterday at the casino.  Of course, he would have never been able to afford playing at the casino table; he was always just the one dealing the cards.  Wang felt the uneven breath of his wife on his neck grow more disturbed as Wang gently withdrew his arm from her embrace.  He knew that her never-ending worries were the fruits of anxiety about their future, and knowing that always broke his heart.

Wang rolled over on his back and rested his gaze on the wooden crib that squeaked like a restless owl on a midsummer’s night.  His only comfort in the world was the crib’s lovely inhabitant: a tiny creature in a peaceful slumber.

Stella.   She was a sweet child with plump rosy cheeks and eyes that sparkled like stardust.  Every time the pretty thing slapped her chubby little hands around Wang’s shoulders and cried babyish tones of “Baba! Baba!”, Wang would feel as if he could happily endure all the hardships of this world.  At the age of forty-two, Wang had traveled across the entire universe to a strange land in hopes of giving his wife and his little girl a better life.  His little girl was like a helpless angel stranded on this sinful Earth only to fulfill his visions of fatherhood. For her, Wang tirelessly worked two jobs a day at minimum wage because the money he had saved from his past life was suddenly not enough to support their dreams on the busy streets of Chicago.  For her, Wang salvaged every opportunity to earn any extra cash that could one day metamorph into a hopeful promise.  Her name was Stella.   Perhaps the breadth of education that she is bound to receive will be her golden ticket to new horizons that stretch beyond the confinements of this shabby apartment.  Perhaps her Caucasian-sounding name could free her from the discrimination that kept following Wang and his ambiguous English syllables fused with a Chinese accent that no one bothered to understand.   Perhaps his Stella will one day become one of those carefree girls running along the shores of Cook County.

Because of her, he wasn’t afraid of anything.

With that beautiful thought lingering in his heart, Wang ignored his burning head as he jumped out of his cot and headed into the uncertain and chilly dawn of Chicago.  Wang tasted the metallic glares of the passersby who must have found the fading color of his thrifty vest hilariously entertaining.  Wang smelled the malicious snickers of the locals who wondered why this pathetic ‘Chink’ was still struggling for a glimpse of sunlight.

But none of that bothered Wang, for he still had Stella.

In the mornings, Wang worked in the kitchen of a small diner with an easily forgotten name and some easily forgotten food.  In Wang’s homeland, he was an associate professor with a modest yet fulfilling career.  In the busy streets of Chicago, Wang was nothing but a human dishwasher.

Wang didn’t mind.  So long as he was using his own two hands to create a brighter sunrise for his family.  Wang would never mind.

The wasted food of careless customers was swimming in oil stains that danced sensually on Wang’s many calluses.  As the shining clean plates slowly piled up beside Wang, perspiration began to drip from his brows to form a nervous stream.  Wang did not rest for a moment during his entire shift, not even to eat breakfast, for he knew the importance of work ethics in an employee’s reputation.  Wang simply could not afford the luxury of taking risks.

By the time it was noon, Wang must have washed several hundred dishes.  His fingers were numb with pain and that burning sensation in his head had grown into a paralyzing fever that teased Wang viciously.  Wang had to stop working now; he would have gone mad if he didn’t.

The nicest part about Wang’s job was the free lunch that came with it.  Wang watched contently as the sous chef fried an egg and laid two pieces of bacon atop. During previous shifts, all Wang would get for lunch was a bowl of cold rice dressed with some soy sauce.  He felt fortunate that the sous chef was willing to make a different meal today.  There was really nothing impressive about the meals the chef would offer; it simply could not compare to the richness of the Peking Duck or the deliciousness of steamy pork buns that Wang was used to in his homeland.  Yet draping the hardened bacon with a sheet of stale egg yolk and then stuffing that into his mouth seemed like the most satisfying combination the world had to offer.

Wang was overcome with gratitude when he learned that he didn’t have to wash dishes again in the afternoon and that he was assigned to peel potatoes instead.  Wouldn’t you too prefer to peel potatoes? Feeling the smooth potato skin run through your fingers was a much more pleasurable choice than caressing the surfaces of dirty plates.  Yet as the sheets of potato skin grew into hills that twirled and became mountains, Wang didn’t find his task all that enjoyable anymore.  Wang suddenly began to miss the sensation of oil stains dancing on his rough calluses.  At least there was variance in the types of dishes that he washed, but the potatoes all looked the same.

Perhaps no matter how hard he tried to persuade himself otherwise, there was no enjoyment in sheer labor.

None of that mattered to Wang, of course.  Fleeting happiness was but an illusion for the weak.  All that mattered was that this job offered money, and money always bought happiness.

Well, at least money bought Barbie dolls, and Barbie dolls bought happiness for sure.  Why else would Stella giggle with such mirth whenever she cradled one in her arms?

Wang’s shift at the diner usually ended at a time when Chicago’s appetite for dinner had been sated.  Today, however, was an unusual day.  Giggling teenagers continued to push through the gates as if propelled by some unstoppable force.  Wang had no choice but to continue peeling the potatoes until his customers grew tired of the smooth texture of mashed potatoes.

Wang always had no choice.

By the time the giggling teenagers stopped giggling, Wang was already late for the casino.  The gamblers must have already started playing cards and cheating each other like they usually do.  Wang rushed out of the diner and back into the frosty darkness of Chicago to board a crowded bus that was headed straight towards his next destination.

When Wang finally reached the casino, with all the billboards flashing the most materialistic of sinful paradises, his manager only glanced at him coldly and informed him that he was fired.  The casino has no patience for those who do not know how to punctual. Especially not for foreigners.

They told him to get lost in the frosty darkness of Chicago.

And that was what Wang did.

When Wang finally returned his shabby apartment, even the stars had gone to bed.  Wang carefully tip-toed to Stella’s crib and gave her a long kiss on the forehead.  Stella was such a beautiful baby when she slept, Wang could not help but imagine how much more beautiful she must be when awake.  Wang couldn’t remember the last time he saw her sparkling brown eyes; he was always gone before she had a chance to open them and returned only when she closed them again.

Wang climbed back into his small cot, and prepared to wake up again before the warblers begin to sing.

Beauty is the essence of life. It can take any shape or form and you can find it in every corner of this world. Beauty is the wondrous sunset that leaves a trace of red glow across the evening sky. Beauty is the nightingale’s soft song that echoes as the dawn draws. Beauty is the power of love; a power so strong that it may potentially bind two strangers til death do them apart. But most importantly, beauty is the incredibly potential of humanity. Listen to your heart, and that is where true beauty lies. 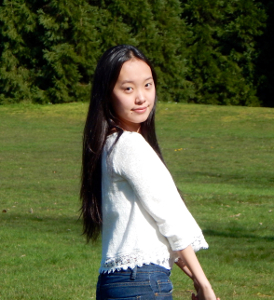 Margaret Xuanyi Lu is a high school senior and an emerging writer and translator based in Vancouver, Canada. She fell in love with Charlotte Bronte’s Jane Eyre at the age of nine, beginning what became a lifelong affair with literature. Her works have been previously published by the Carter Center, TeenInk Magazine, and others. She is the recipient of the Senior Category Gold Award from the 2016 Royal Commonwealth Essay Competition. In her spare time, Margaret plays the violin, volunteers for charities, and edits her high school’s newspaper.