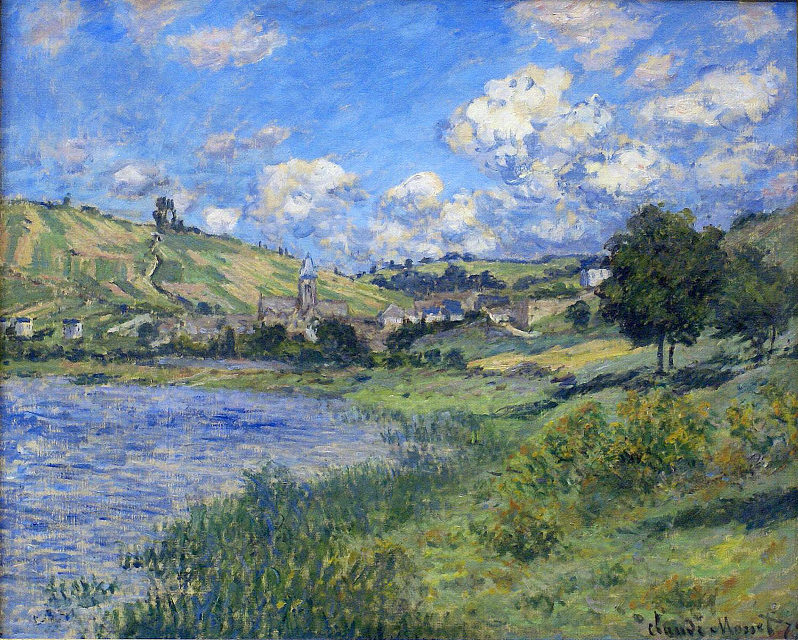 Translated by Patricia Worth

Three handsome, rich young princes, one named Felibien, another, Roland, and the third, Aymeril, were travelling on horseback through all the countries of the world, followed by a multitude of servants and wagons loaded with their baggage. A chance meeting at an inn had made them friends, and they set off together. Why were they travelling? To study closely the powers and laws of different nations? To make themselves more worthy of reigning when their fathers, the kings, three powerful monarchs, would descend from the throne to the sepulchre? Yes, that’s right, you have guessed it. But Prince Felibien and Prince Roland did not complete their long pilgrimage without some bother: they bitterly envied their companion Aymeril who was always in good humor, and who, all along the way, never stopped singing verses he had written for his beloved, or songs his nurse had taught him.

Once, when the three were sitting under an arbor at a tavern, in the middle of the day, waiting for the horses to be watered (in a few moments they would be back on the road again, headed for a large town which they wanted to reach before nightfall), Felibien said:

“I really believe, my dear Aymeril, that you are not in love with any beautiful woman, for you would not be as joyful as you are.”

“I’m inclined to think,” added Roland, “that the sonnets and ballads, with which you amuse little birds in the bushes, speak only of false affections; you sang them in anticipation of a love which could come to you, but it has not come to you.”

“I myself am queerly pining away,” said Felibien, “because the only one I love is waiting for me, more than a thousand leagues away, in a castle where she has no pleasure other than the sight of her old husband, which for a young woman has never seemed to be sufficient distraction.”

“And if I, too, am troubled,” said Roland, “it is because of an emperor’s daughter to whom I pledged my faith, and who, each morning when she wakes and goes to lean on the windowsill of her tower, is surprised that she does not find there a bouquet of wild lilies that I used to carry up there each night by hoisting myself from one stone to the next, at risk of my life.”

“You are surely to be pitied,” he said at last. “But you would be wrong in thinking that I am not as much in love as you are. Oh! If you only knew how I adore the woman who loves me! But since I was departing on a long journey, I was careful not to leave her in her abode, be it a tower or a castle, and I have brought her with me.”

The other two princes replied:

“Surely you jest? If you had your beloved with you, we would have seen her! Unless you keep her hidden in one of your chests pierced with holes, or she has slipped beneath the suit of one of your pages.”

“She is not hidden in a chest: I would be too afraid that she would be disturbed by the jolts of the carts. She does not hide beneath a page’s suit, because under such a covering you would see her legs, of which I am very jealous.”

Aymeril was hesitant to answer. But as they persisted in their questioning with many pleas, he said:

“Beneath the bezel of my locket ring.”

Just think how this made them laugh! A woman beneath the bezel of a locket ring, now there’s something impossible to believe. So, then, did he love a lady or a maiden as enormous as a cheese mite, or as gigantic as a flea? She must have had hair as long as the invisible down on flowers; and when she walked with great pomp and ceremony along the garden paths, this giant was no doubt afraid of being crushed by passing ladybirds. Aymeril wasted his time replying that they did not understand, that everything is possible with the power of certain fairies to whom he had rendered great service. They would not stop laughing, and said:

“Come on, come on, you’re teasing us. A likely story, friend!”

In the end, he lost his patience and he decided — an unwise decision! — to show them they were wrong not to try to believe him. He lifted up his left hand on which he wore the ring; with his nail he opened the ring’s bezel, and as soon as he put his lips to the narrow opening, out came a tiny, barely visible, living figurine, and she grew taller, she swelled and fleshed out and was soon a young maiden dressed in silk and gold, the most beautiful maiden in the world! And, putting both her arms around Aymeril’s neck, she said:

“What would please you, my dear master?”

The two incredulous princes were more surprised than words can express, and their surprise was even greater when, in a puff of air from her lover, the maiden shrank and was once again tiny, and disappeared beneath the bezel which closed by itself. But, for the moment at least, there was no more talk of this wonder, for the valets had come to say that the horses had had enough to drink and that it was time to get back on the road.

Even after they had begun riding again, Felibien and Roland did not speak a word to Prince Aymeril. But, aside, the two of them chatted quietly. Though the mysterious dweller under the bezel had appeared for such a short time, they had nevertheless noticed that she was very pretty and enticing in her rich finery, and they would deserve pity if they did not do with her as they wished.

“Yes, but it would not be easy to succeed in this,” said Felibien.

“Pish! Have you so little imagination?” replied Roland. “How hard would it be to go into our companion’s room tonight as soon as he has fallen asleep, and take the ring from his finger?”

“He sleeps soundly after a long day’s journey! And when we have the ring in our possession I think we’ll be able to lift the bezel and bring out, with a kiss — for I saw how Aymeril did it — the tiny creature so beautifully dressed and so pleasing.”

“Oh! The kiss is not what’s bothering me.”

And after this little chat they agreed to put their plan into action. It was a very wicked plot! Not only would they be traitorous toward their friend who had never done them any harm, but they would also be unfaithful: Felibien, to the lady who was waiting for him in a castle a thousand leagues away, with no other pleasure than the sight of a husband already aged; Roland, to the emperor’s daughter who was leaning on the windowsill of the tower, complaining of not finding flowers there as in past days. Alas! The world is not short of bad princes who obey their desires without worrying about the suffering of others, and there’s nothing surprising about that. As for Aymeril, not having heard anything, ignorant of what was being schemed against him, he rode along carefree, sometimes looking at the azure sky or the clouds, sometimes, with the ring close to his mouth, singing a song in a low voice so the small captive would not get too bored in her confined gaol.

They did what they said they would do. They chose an inn for the night, and when the people were in bed, and when Felibien and Roland fancied that their companion must have long ago fallen asleep, they entered the room which had been reserved just for him, without making a sound. All was silent, all was dark. They could barely hear the faint sound of the young sleeper breathing. Felibien, who had good eyes, saw something gleam! It must have been the gold of the ring. He cautiously touched it. Yes, the ring, indeed, was on the finger of a hand hanging over the side of the bed. He took off the jewel, slowly, slowly. Then he whispered:

And you can imagine the happiness of the two traitors when they were back in their room after the success of their mission, and when, close to the lighted candle, they were studying the precious bezel, the lodging of such a lovely being! All they had to do now was to make her come out. Roland took this easy task upon himself; with his nail, he lifted the light cover of gold, put his lips to the opening… And a fearful thought came to them! What if the maiden was not in the ring? What if Aymeril set her free at night so he could have her lie next to him? If they were in his place, that’s certainly what they would have done. They had not thought of this possible hitch. They had perhaps slyly slipped into a bedroom, conducted themselves as perfect thieves for nothing, they who were gentlemen and princes! They were immediately reassured. The maiden was in the ring! Or, rather, only half of her was still there, since she was coming out. In the room’s shadowy light they saw delicate stuffs of silk and gold growing taller and larger and swelling out. Ah, a lovely sight! They were already breathless with thoughts of the joy they would soon have, when the delicate little creature had grown full-size and would put her arms around their necks, first one of them, then the other, saying, “What would please you, my dear master?” Indeed, they felt a caress about their necks, like a sleeve slipping…, but only a sleeve! No, no arm inside the cloth! And, embracing the dress of silk and gold, they realized that it was empty too! At the same time, there were, on the other side of the wall, the wakening sounds of kisses and laughter. How sheepish they felt. So, what had happened? The just punishment for their betrayal. Every night Aymeril would set the maiden free and have her sleep next to him, as they realized too late. But, then, why did the garments rise out of the ring? Well! Because the foresighted captive, at nightfall, had a habit of undressing under the bezel, even before being summoned, so she could more quickly please her handsome friend!

Like watching the rolling wave that could take a life,
Beauty makes us feel good but does no harm.
It’s an Aboriginal child having fun in the dry outback,
And Arthur Boyd’s painting, “Prodigal Son”, cleaned of graffiti.
It’s colourful coral in freezing Antarctic waters,
And my mother sketched by my father before he changed.
It’s releasing a trapped Christmas beetle the colour of shot silk,
And teaching Copperplate cursive to a student who prints.
It’s the fire that warms, not the fire that burns,
But when it does, it’s the solid ruin that remains.

Catulle Mendès (1841 – 1909), a French writer of Portuguese descent, was allied with Parnassian poets who advocated restraint and technical perfection in writing, using fantastic tales to criticize bourgeois values. Mendès was a great creator of fairies, producing among other writings a number of original and reworked fairy tales aimed at a Decadent adult readership. 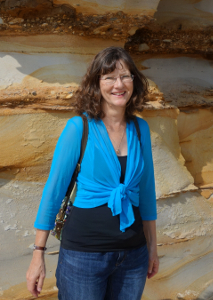 Patricia Worth has a Master of Translation Studies from the Australian National University. Ten of her translated stories from the 19th and 21st centuries have been published in Australian, New Caledonian and US literary journals, including The AALITRA Review, Sillages d’Océanie 2014, Eleven Eleven and The Cossack Review. Her translation of George Sand’s Spiridion was published by SUNY Press in 2015.