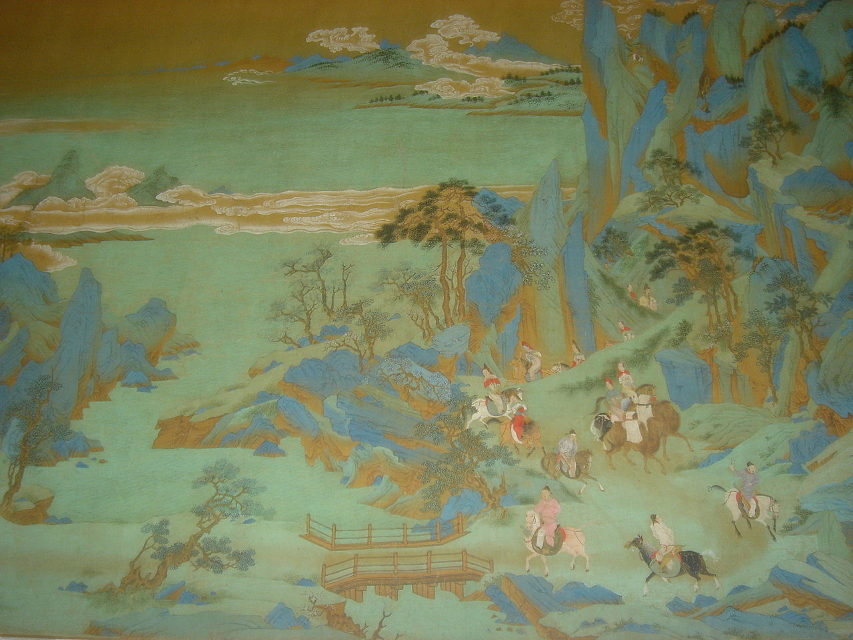 The most pressing question I expected to deal with that night was deciding between either Sriracha popcorn or sour cream and onion pork rinds. Erik had already opened a growler of our favourite raspberry cream ale and was pouring it into two chilled glasses in the living room when he called for me to come quick.

“In a sec,” I called back while straining to read the miniscule lettering that listed the ingredients on the back of the pork rinds bag. A weird thing to do, considering we’d already bought the stuff, but yesterday’s annual check-up revealed a “tendency toward hypertension”, so now I had to take the doctor’s orders, literally, with a grain of salt. I looked around for my kitchen reading glasses. They were normally in a ceramic bowl on top of the fridge next to the shelf of cookbooks, but the bowl was empty.

No amount of squinting was going to make the list of ingredients legible. I threw the bag down on the kitchen island’s granite top. “What is it?”

I walked through the open dining area to where Erik sat on our pearl gray sleeper sofa. The growler and two glasses sat on a shellacked driftwood coffee table. I noticed raspberry cream ale had been poured into only one of the glasses. I stood behind the sofa and braced my hands on Erik’s shoulders. He pointed at the flat screen. “Can you believe this?”

The thirty-four inch screen showed an angry mob marching through a city street. They were carrying a crude effigy. I couldn’t recognize who it was supposed to be because of its prone angle. They seemed to be passing it among themselves, not unlike a stage diver at a rock concert who is being borne on the arms of fellow audience members.

“Here,” Erik said, grasping my hand. “It’s just outside the city but they seem to be heading into downtown.”

“This is happening now?”

“Yes, they interrupted the newscast.” His voice had an edge of impatience. “It’s breaking news.”

We listened to the anchorman talk to a female reporter who was at the scene. She couldn’t tell him much of why the crowd was marching or who the effigy they were carrying was supposed to represent. The crowd was chanting something and the female reporter verified that what they were saying was: “No more laughter! No more tears!” I reminded Shawn our show was going to start in a couple of minutes. We were hooked on a new political drama called Filibuster that dealt with a rising female senator who is trying to push through an anti-fracking bill, but becomes enmeshed in a scandal involving a dead male prostitute and emails, possibly from a foreign government, threatening to ruin her political career and personal life. We were four episodes into it and the story was so convoluted that if I missed the opening recap of the previous episodes I wouldn’t be able to follow what was going on. I walked around the sofa and reached for the remote, but Erik grabbed it first.

“Erik, they’re not telling us anything. We don’t know what these people want or even what they’re carrying. Please turn the channel.”

“I’m already TiVoing it. I want to see what happens next here.”

I sat down beside him and poured raspberry cream ale in the empty glass, sighing audibly enough to make my displeasure known. The female reporter was doing her best to describe what we could pretty much see for ourselves. The crowd continued marching and chanting as before, but there was some movement around the effigy. It was hoisted so it stood straight up, affording us both a better look at it. We leaned forward.

“Any idea who that’s supposed to be?” I asked, squinting slightly. “Doesn’t look like any politician I can think of.”

Erik didn’t reply at first. He actually stood up and walked around the driftwood table to get closer to the screen, crouching and turning his head slightly at different angles. “You don’t recognize it?” he asked, turning back to look at me then focusing on the screen again.

“Would you sit down please? You’re making me nervous.”

He returned to the sofa. “That’s you, Shawn. I’m not kidding. They’re carrying an effigy of you.”

“Very funny,” I said, rising from the sofa. “I’m getting some pork rinds. Screw the salt.”

The camera zoomed in and I moved closer to the screen. I had to admit the red hair and drooping moustache made for a crude likeness. Still, it could be anyone. I swallowed the rest of my raspberry cream ale and poured myself another. Erik pointed out the effigy’s soul patch. I had let mine grow out over the past month. I still wasn’t totally convinced this was supposed to be me, yet I couldn’t help seeing myself in it. I kept turning toward Erik, expecting him to start laughing, hoping that maybe this was just his stupid way of having me on. He wasn’t cruel by nature, but he used to enjoy playing little mind games when we first started seeing each other. Nothing overly serious, he just thought it was funny sometimes to pretend to be upset about something I’d done then laugh about it when I apologized. Once I almost broke up with him over it. I had to explain it was a form of mental cruelty. He swore that he was only having some fun, but he stopped doing it after that, or at least did it less often. In fact he hadn’t done it at all after we moved in together the previous year. I could see from his expression that he wasn’t joking now.

“Why the hell would a mob be carrying an effigy of you?” he asked the flat screen then turned to me. “What did you do?”

“What are you talking about?” I said. “I haven’t done anything. We don’t even know why they’re carrying it. Maybe it’s all a horrible misunderstanding.”

He led me to the sofa and poured us more beer. “Okay, let’s calm down. Just think. Did anything strange or different happen? Did you get someone mad or say something? Maybe it didn’t seem important at the time.”

I picked up the remote to mute the TV and searched my memory for anything strange that might have happened lately. Erik went to the kitchen for the pork rinds. I could hear him tearing open the cellophane bag and pouring them into a bowl, but in my head the mob was still chanting. No more laughter, no more tears.

“The only out of the ordinary thing I can think of is that I laughed at a joke at work,” I said as Erik set the bowl of pork rinds on the table and sat beside me.

“Why is that out of the ordinary?”

“It was a joke Manny, our IT guy, told me. He’s some kind of aspiring stand-up comic, always trying out new material around the office, mostly annoying everyone. He’s not really that funny.”

“It was a couple of days ago.”

“What was the joke?”

I was afraid he was going to ask that. I’m terrible at telling jokes. I grabbed a handful of pork rinds and stuffed them into my mouth to stall for time. My heart was pounding, probably from the salt coursing through my bloodstream, as well as nerves.

“First Manny started by saying something about how politics and music are connected today. Something like that.”

“I’m getting to it. Let me see. There’s so much politics in music these days…  the super group I’d like to see is Kid Rock on vocals, Ted Nugent on guitar, Mike Huckabee on bass… and Mark David Chapman in the audience.”

“I know that. So what’s the joke? He’s going to shoot the other three guys?”

“You make it sound terrible.”

“You have to admit it’s kind of harsh, no matter what your politics are.”

Erik unmuted the TV and the crowd’s chanting startled me. We watched as they hung the effigy on a pole and formed a circle around it. A sound came out of my throat, something between a gasp and a sob.

“It was more of a reflex than anything,” I said. “The laughing.”

“I wasn’t expecting him to say that, the Mark David Chapman part. It caught me by surprise, so I laughed.”

Erik shifted closer and put his arms around me. He told me about something that happened the other morning at his meditation class. He had started taking the class after being stopped by a cop car for the umpteenth time. This time they made him get out of his car and take a Breathalyzer test and walk a straight line while touching his nose. Payback because his license and registration checked out. Pure humiliation. So he took this meditation class to overcome his anger.

A shout came from the TV as the mob set the effigy on fire. I curled up on the sofa and laid my head on Erik’s lap. He caressed my arm and I tucked a hand under his knee, each of us searching for assurance in the physicality of the other.  “So if the foolish man takes it seriously, is he still foolish?” I asked. “Because it’s not the Tao?”

It didn’t take long for the flames to consume the effigy entirely. The mob let out a great cheer as sparks flew into the air, like glimmers of something more than rags and rope.

Recently (from being published in another magazine) I became aware of a quote by the singer, Phil Ochs, from the liner notes of his 1967 album Pleasures of the Harbor, that goes like this: “… you must protest, you must protest, it is your diamond duty, ah but in such an ugly time the true protest is beauty.” The rhyme of beauty with duty is entirely apt for the time we are living in. Ugliness abounds, from the way we treat each other to the way we treat this planet, and even in the way we treat ourselves at times. Sometimes this ugliness feels like an echo of times past, but there is also a disquieting sense that the pervading ugliness in the world is like no other before. If resistance is our duty, then we can only do it by calling out ugliness where and when we see it. Beauty, in whatever form we perceive it, is the best tool we have to shine a light on ugliness. Beauty is the only possible voice by which we can make ourselves heard. Beauty is the only mirror we have to see something of our true and better selves. 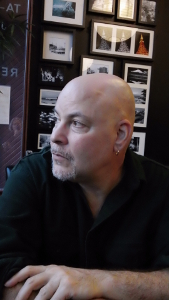 Steven Mayoff was born and raised in Montreal, later on lived in Toronto and moved to the bucolic splendor of Prince Edward Island, Canada in 2001. His fiction and poetry have appeared in literary journals across Canada and the U.S. as well as in Ireland, Algeria, France, Wales and Croatia. He published two books of fiction: the story collection Fatted Calf Blues (Turnstone Press, 2009) and the novel Our Lady Of Steerage (Bunim & Bannigan, 2015). Upcoming is a poetry collection Swinging Between Water And Stone to be published by Guernica Editions in 2019. More at: stevenmayoff.ca.