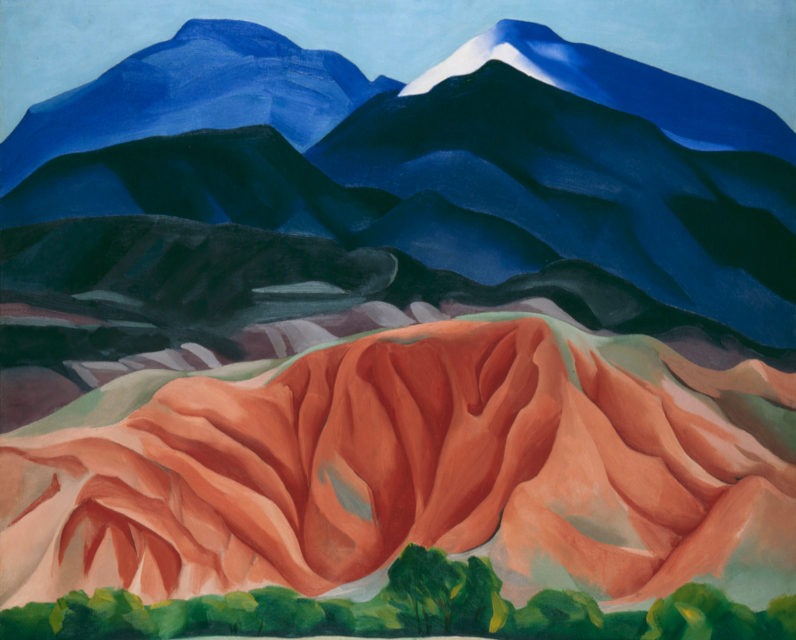 How to Deal with Mortality

All your life you have wanted a tattoo of a mermaid.
One perfect image on the imperfect body.
Half invention of the starry eyed sailors,
Half salt-bound animal inked
into the ocean of your impermanence.

You rise disheveled, but she waits, already formed, clutching
her mermaid white shell, her arm poised like
an authoritative scepter of the sea.

See how the fluid motion of her fin flicks
the hot ocean from her tail,
an oroborous of form. She has nothing to regret
because nothing to say.
Her sound is the perfect silence of waves, voiceless
Her eyes glittering, like amnesiac stars
over an isthmus without a name.

You can look in on her always
and she is always the same,
She will never see you
grow old, or hear the wind whistle through
the drying seaweed of your skin.
Never feel the sea around herself grow cold
or the starry freckles of your body lose their luster.

She adds to your body only the perfect circle
of her art, the double helix strand of infinity.
A star appearing and reappearing
in the new millennium of your body

a woman who will live forever,
pouting the same eternal pout,
newly made, newly alive, staring
at the lavender blossom stars,
the sandy minefields of the sea,
the first ritual of combs and mirrors

and this is how you will live too,
startled every morning by your own beauty,
the skin scarred by the color of myth
the flesh still fresh and surprised
as a newly opened fish.

I looked at my feet and saw every vista
I would visit, the history of Notre Dame,
the flight of common church kestrels,
the elegant green eel, squirming in the Sein.
The invention of light and darkness and the cinema.
I was only an onion then, fascinated
by my own toes and fingers and the growing
root cellar of my thoughts.
My body was a new exhibit, a bicycle,
a breezy endeavor blowing through
kites. The dark fermentation bubbling
inside of wine barrels.  The heart a kind of citadel
for storing new ideas about forsythia trees,
German bread, and love.
We wore calf-skin boots and told stories
about the rabbit, and the violet, opening in the woods.
My body was a kind of tree that blossomed with desires
like the white mouths of the Mirabelle.
Lavender bonbons falling off trays,
the empty shells of escargots, butter melted
with black sage, dripping off of a plate.
The Paris of my arms and legs. The long fluted glasses,
of my fingers, filling with silver rings and lemon rinds,
the left-bank café of a smile.
There were lilac trees lining the walk way,
an armful of new loves steam-boating into the city
on the strained, muscle-grey back of a river.
The way the wind rippled my hair like a confectioner’s wand.
A woman could get lost
in her own sweet conception of herself,
how the suns of my shoulders slept in a grey silk cloud of my peignoir,
and the moon rose each night, naked as a blank canvas,
pouring her bottle of white wine,
over the tourists, who stood with their amazed
mouths open, as if
they would be drunk for days.

Homage to Where I Lived in My Twenties

Solitude and tennis shoes
and solemn conversations with the dead
in the suburbs surrounding my apartment complex,
where women live alone waiting
for new jobs,
where roses open their fragrant mouths
exhaling the sweetness of spring,
where orange trees blossom, and lemon trees
drop their fruit like heavy handfuls of light,
where the palm tree hangs over a car and shelters
the sidewalk from the sun,
where crows sit in their nests like sentinels watching
for the winter fog,
where the changing of seasons is marked
by a string of lights hung, like prayer beads, on a fence,
where the bee buzzes like a honeyed wedding ring
on the finger stalk of lavender,
where the school garden is planted with sunflowers,
whose heads hang from the stalks swaying,
like the heads of grandmothers drooping at the neck,
where the trees tantalize the sky with the swaying of green leaves,
and in the winter the white mist hangs in their branches
like icy lovers,
where birds brake twigs to wall up their nests,
where doves alight on eucalyptus branches,
where once I startled a dove gazing at the ghost of summer,
where once I saw a slew of snails crossing
a sidewalk in the rain,
the covered wagons of their backs breaking slowly through the dark
like pioneers heading west over the badlands of cement,
where once I squatted, serene as a peach fallen in the field to watch them
cross, and felt the perfect patterning of their shells,
and the wet wind and the smell of the suburb
hitting their bodies, like it was hitting mine,
where cars pulled into driveways, and mothers turned off the radios in one story houses,
and where my  small, personal silence was answered by
the greater silence of the night,
with its openings of jasmine, and closing of roses,
and the hooting of invisible owls
and lights coming on in the rain.

Why They Call it Bird of Paradise

A man wakes up after the funeral of his wife.
All night he has dreamt about her legs,
in tulle, the white fabric of death pressed
against her knees, and wet, as she ascends
from the river Styx.

Now he believes heaven must be orange.
Land of tigers and tiger-lilies.
This is what he worships. The color
of sunset and blood fruit.
The color of a bird’s wings, lit up, trying
to fly across a river.

And so the man goes weighing
his own heart against the weight
of a woman’s wings. Against the herons
bled free of evening shadow.

And in his concept
there is always a sunset,
a pair of legs he cannot touch,
A silhouette and the illusion of closeness.

The man stops eating, becomes light as evening.
A unit of measurement on a scale.
But he is also a man, trying to be a bird, trying
to cross a river.

He picks flowers. Sings to the dying grass,
believes the membrane of the world is impermanent.
His song will fly across passage.

If he walks towards the flower his song
will become orange as birds’ wings,
his heart so heavy he drowns
in the river stamen of blue.

Rilke writes, “Beauty is the beginning of terror.” Emerson writes, “We fly to beauty as an asylum from the terrors of finite nature.”

I think the irony of beauty is that it can only exist in relationship to that which is not beautiful. Beauty and terror not only exist together, but actually create one another by their negation. In poetry, I often wrestle with a terrible angel to force it to lay still and let me explore its beauty. I feel I am not so much escaping the mundane or distracting myself from the chaos of the modern cataclysmic, but rather trying to pin that angel down so I can look it in the face and hear what it has to say. Usually, it tells me I must accept beauty and ugliness on their terms. The nautilus shell curves beautifully and then opens to the ravages of the sea. My body is Paris. Death is a bird of paradise.

Sometimes I worry that my poems are merely escapist, my mind decorating the ugly with flowers or a beautiful tattoo of a mermaid. I reverse Rilke’s assertion since for me, terror is the beginning of beauty. Sorrow, fear, staring out the window at some horrible little dog, hopping alone with one leg. If you stare at these things long enough you will start to see them, and in seeing them you will find reality. The dog keeps hopping, despite the fleas. The city goes on no matter its blight. For a moment, we must love ourselves so deeply we are willing to endure all this and neither escape nor revolt, but beautify. Linger. Watch and record. When I write poetry I am playing with the beautiful against the ugly, or even beautifying what is otherwise full of sorrow. It is the pull of the heart that imagines something like heaven; that soothes the thought of death with the world of a flower. It is the terror of Paris. It is creating out of the decaying and impermanent flesh something that emblemizes eternity. It is always fleeting, and a little bit futile, to try to beautify the world, but there is something beautiful in the idea that we keep trying. I write poetry like a mother sings a lullaby to soothe her child the moment after the terrors begin. 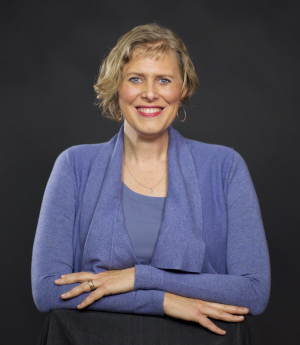 Tresha Faye Haefner’s poetry appears, or is forthcoming in several journals and magazines, most notably Blood Lotus, The Cincinnati Review, Pirene’s Fountain, and Poet Lore. Her work has garnered several accolades, including the 2011 Robert and Adele Schiff Poetry Prize. She is the author of 2 chapbooks, The Lone Breakable Night (FinishingLinePress), and Tattoos on Young Women in Spring (The Poetry Salon Press). She is also founder of The Poetry Salon, which provides workshops to new and beginning writers both in person, and online. Find out more at www.thepoetrysalon.com.