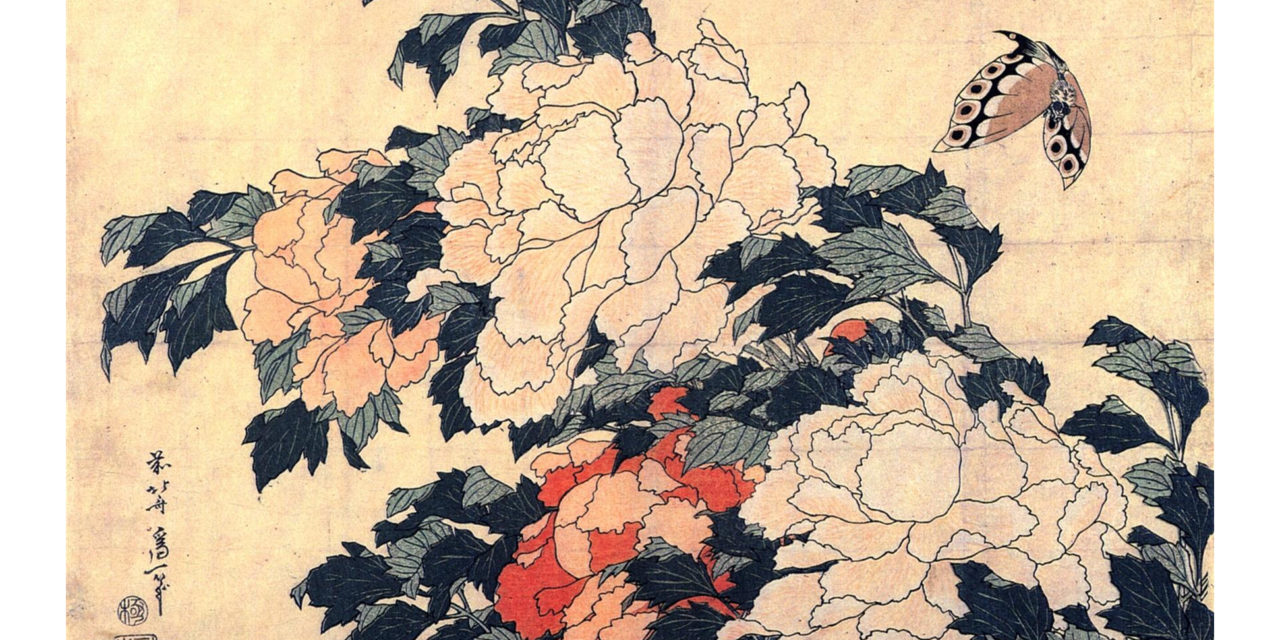 There was hiking the trail eight miles
up to a campsite beside Boulder Brook,

waist-high blonde grasses waving on
either side of the trail, and the next day

expanse of Grand Lake to fish for perch,
the fragrance of which emanating

from the campfire alerted a ranger
later that evening.  This meant walking

down to the trailhead to pay the $50
fine for fishing without a license, and

walking back up, which was alright
if you’re 19; but it was returning that

afternoon, and immersing myself by
reading a book on a flat rock in

the middle of the torrent, cleansing me
with its roar; and then the next morning

awakening, clear-eyed, to
the echo hammered by a flicker, who

was debugging the pine bark, and to
the practiced silence of the kit fox,

the eggs for breakfast, those black
furred feet quickening into a leap from

along the tree trunk onto the sandy
shore, where it stopped,

momentarily, just to look back at me,
never quite receding from memory,

before trotting away
to enter the shadows beneath the pines.

I have been thinking of Denise Levertov quite a bit this winter.
I remember having dinner with her before a reading she gave

in New Haven decades ago, and she had ordered soup du jour.
She loved her soup so much that after finishing the bowl

she mentioned that her nose ran every time after having hot soup,
and that it was one of her favorite meals.

Nourished by her dinner, she read for three hours, oblivious
of the time, and adulated by her audience.  Afterwards, I asked her

to sign a copy of a book of love poems, Modulations for Solo Voice,
published as a handsome small folio, in a fine letterpress edition;

and expressed to her just how much I loved those poems,
and that book, especially the poem, “Like Loving Chekhov.”

We talked awhile about the occasion of her writing those poems,
and she confessed that they were written while having an affair,

which she was glad that was over.  She smiled, and secretly
confided to me that she, too, felt the same as I did about

“Like Loving Chekhov,” a poem regarding loving a man from afar,
in which she writes about a lover she knows but doesn’t’ know,

and that she, like Chekhov, as I like Levertov,
are beset with pain and fear, a pain and fear/ familiar in the love

of the unreachable dead.  Since I have been having homemade
gumbo over the last few weeks this winter, I have been thinking

after consuming a bowl of hot soup for dinner, and cherishing
the delight, for several moments, in having my nose run, too.

I can still see the hotplate glowing
under the skillet and my father
frying eggs, and can walk over to it

through these sixty years, as one
would walk through the mesmerizing
April snowfall.

We can reenter our lives at any
moment, to watch ourselves from
a distance.  We can’t alter

any action, but we can review what
has transpired, with more accuracy
than when events first occurred—

to hear my father accuse his eight-year-
old son again of his mother’s collapse;
to initially hear him lie to that boy

that his mother had gone shopping
and would be home later; to withstand
the shock of learning about

her crumpling in the bathroom after
she had walked the child to school
on the first day of third grade, hitting

her head on the edge of the tub;
to be told that her diagnosis was that
she had a cerebral hemorrhage,

that she was barely alive, but breathing,
somewhere in the cold green-tiled
hallways of Derby’s Griffin Hospital.

I look at the April snow and the coil
beneath the coffee pot reddening
on the stove in the studio, near

the foot of Long Mountain, in
western Massachusetts.  That stove
coil and the hotplate sixty years ago—

each radiant with such rubied heat,
not simultaneously, but concomitantly,
not one moment interchangeable,

nor unalterable, but one, in perpetuity,
as in my father clicking off
the hotplate and my reaching over to

turn off the stove, the rose of both
coils cooling to black, through
the timelessness of the falling snow.

What is peripheral is
often not even what is considered,
but what passes just beyond
our vision may momentarily

flutter there and be so enchanting
that it offers a revelation as to
why butterflies are emblematic
of the evanescent.  That black-

winged spicebush swallowtail, as
large as a hand, takes my breath
away, in flight among hydrangea
and wild mint, appearing then

disappearing as quickly as it flies
into view; and this species differs
from the tiger swallowtail, which
is infused with yellows that recall

summer dawn, with vestiges of
the inky traceries of the midnight sky.
However, it is the Puckish dances
of the relatively small inhabitants

of the butterfly world that charm
and mollify the most intemperate
mood, such as the brilliant yellow-
green of the clouded sulphurs;

the orange-gray of the coppers;
what appears to be only the color-
less pale wings of the cabbage
whites, that on second look reveals

a black eye-spot on each wing.
Then there are the blue azures that
fly up when you are stepping
through the tall summer grass;

and the lacey brown-orange
winged elfins, who flit moth-like
but revel in the copses along
dusty roadsides.  The inordinate

those wings of pure orange,
with their Rorschach of black dots;
but here and there we may be
spellbound by a checkerspot’s

primal colored harmony of orange,
white, and brown; or the admiral’s
intrinsic parentheses of either
red and brown or white and blue-

black; the red-spotted purple’s lush
indigo as it spreads light blue bands
caught in a gust among an opening
of windy meadow grass; what is

diminutive in comparison with its
larger cousin, the viceroy’s orange
and black, as it finds shade among
the willows and aspens, is not to be

confused with the monarch, which
is larger and whose orange is muted,
and with wings always held at an angle,
as it glides from one nourishing pod

of milkweed to another, to fortify
itself for the immense journey south
where it migrates to overwinter
in firs in the mountains of Mexico.

In the postscript to Robert Firmage’s translations of the poetry of the German poet Georg Trakl (1887-1914), who died in the Great War, he discusses the poem which also serves as the title for the collection, “Song of the Departed” (Port Townsend, WA: Copper Canyon, New Edition, 2012).  Firmage particularly makes reference to images that appear toward the poem’s conclusion, “filth” and “starlight,” which are juxtaposed by Trakl within the same couplet.  Firmage’s theory is in harmony with the great spiritual teachers of the East, this being that Trakl was aware of the concept of perpetual continuity—meaning that what appear to be opposites are only parts of the same whole.

For instance, loving another passionately will always exist in its own continuum but also will that lover’s death or departure, which is only a part of loving that person passionately.  These characteristics are not so much separate but two significant parts of the same entity.  “Filth” and “starlight” are also aspects of what Trakl refers to as “the departed,” since he considers poets, specifically, to have “departed” society itself in order to be able to be perceptive enough to write poetry that mattered about that society.  This may seem more Nietzschean, in this German philosopher’s concept of the ubermensch, but I believe that the idea of the “departed” is solely Trakl’s.  This idea is even thought to have influenced Rainer Maria Rilke, who it is known through letters, distinctly appreciated the poetry of Georg Trakl.

Such can be made for the case of beauty.  However, I also believe that evanescence and eternity can be another juxtaposition which parallels the concept of two apparent opposites really being segments of the same whole.  Robert Firmage coins the term, “sonority,” in discussing this concept in Georg Trakl’s poetry.  I would like to transfer this notion to beauty itself, in conjunction with the appreciation of evanescence and eternity.  I choose the idea of evanescence since the eponymous poem of mine also intimates the brevity of the lives of the butterflies that I cite in my observations of them but also the sense they intimate in their physical distinctions—their colors, their patterns, their migrations—in that there is a sense of the eternal birth and the perpetual return about their very nature and ours.

The themes of evanescence and eternity are in evidence also in a recent film, Lou Andreas-Salome: The Audacity of Being Free (Germany: Cinema Libre, 2016), directed by Cordula Kablitz-Post, which celebrates the life of one of the first psychoanalysts, who was also an inspiration to Friedrich Nietzsche, Rainer Maria, Rilke, and Sigmund Freud, among others.  “Lou,” as Andreas-Salome preferred to be known as, spent an entire lifetime searching for truth, and beauty, within herself, at the cost of leading a conventional life.  However, what she chose was quite the opposite of that; hence, again, her life exhibited, as an entirety, dualities which were integral to who she came to be, especially in her belief, which was more Jungian than Freudian, that we all contain both female and male characteristics in our psyches and that the practice of honoring the feminine was grossly misunderstood, underappreciated, and overlooked.  Her life ostensibly exhibits evanescence and eternity in that life itself is brief, as it is depicted in her portrayal in the film, and her perpetuity in what she contributed to modern psychoanalysis to this day, as well as her powerful influences over some of the most salient thinkers and writers that have shaped Western thought, is undeniable and enduring.  In this, Lou Andreas-Salome has left her lasting inviolable mark rather beautifully in our evanescent world. 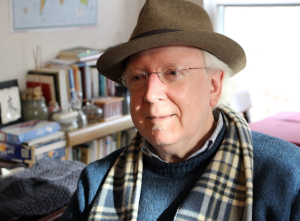 Wally Swist’s books include Huang Po and the Dimensions of Love (Southern Illinois University Press, 2012) and Candling the Eggs (Shanti Arts, LLC, 2017). His forthcoming books are The Map of Eternity (Shanti Arts, LLC, 2018), Singing for Nothing: Selected Nonfiction as Literary Memoir (The Operating System, 2018), and On Beauty: Essays, Reviews, Fiction, and Plays (Adelaide Books. 2018). More at: http://www.wallyswist.com/