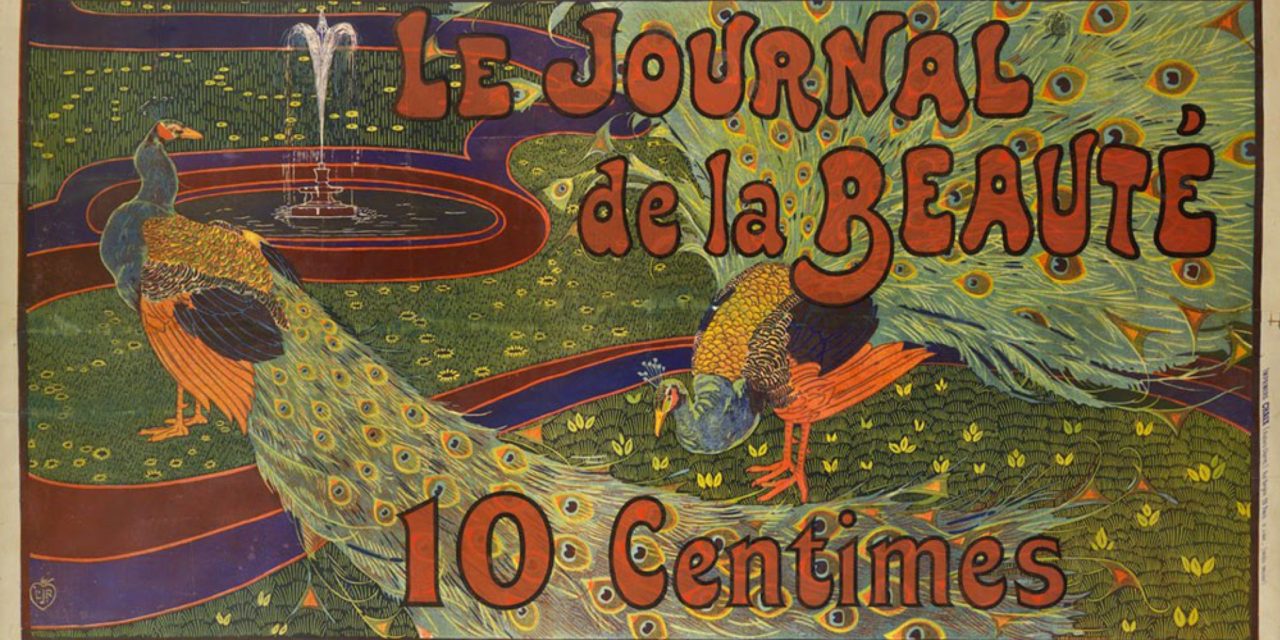 Accoutrements and Mandelbrot:
Our Best of the Net nominations

So there I was, minding my own business, playing with a jar of alfalfa sprouts in the kitchen. I had tried mixing homegrown wheat grass sprouts into my smoothies, but it was like drinking a lawn. So, a couple cups of home brewed kefir, a little juice made from the berries of a Brazilian Açaí Palm, some sprouts from a sequence of jars on the island, some frozen fruit, and a heaping helping of protein powder, all mixed together in a blender, and it looked like your faithful editor might actually live another day.

Anyway, as I said, I was playing with my alfalfa, having just returned from the gym, where I now spend an hour a day working every single muscle I can think of. Outside, the sun was well up, and I was thinking about going out on the mostly finished deck to soak up a few rays and drink my breakfast. I could hear the songbirds and puppies already. Life felt so peaceful.

Then the front door burst open, and Kate in her heels came clattering in, all dressed up and bursting with energy. She was on her phone, giving directives, both in English and Spanish, to some poor misguided musician about something that happened while she was singing half an hour before. I couldn’t understand exactly what she was saying, I’m more the Francophone type myself, but I wouldn’t want to be on the other end of that phone call.

She had a grocery bag in her hand, covered in Fibonacci sequences and a few faint hints of Mandelbrot curves. She put the bag on the island, hung up the phone, and turned towards me.

I am, as the poet says, the stunned machine of her devotion. A dark pleated skirt, falling just past the knees. Black silk blouse, buttoned all the way. Pearls, of course, crystal earrings James gifted for her birthday, bangles, gold on each wrist. They caught the sunlight flowing in from the window, and I was dazzled. Her lips were saying something, but I was too far gone to decipher the words. I just love hearing her voice. I was like a lark, caught in the spell of Papageno’s flashing mirrors. That’s why I didn’t see the frying pan.

But it was there, in her right hand. She only uses her right when she wants the most accurate and precise swing possible. The form of it brought me out of my reveries. I braced for impact, but she held off for a moment. I could again make out her words. She was saying, for like the third time, “William, have you announced our Best Of The Netnominations yet?”

We had just finished them the night before. Rather late in the evening, even for us. Late enough so we started wondering what time zone the editors lived in. Did “Midnight!” mean Eastern Daylight Time, or were they referring to the more civilized hours of the California coastline? We’d tied them up in a nice red ribbon, and sent them on their way. Then I’d gone to sleep,  dreamt the dreams of the blest, woke up, staggered to the gym, and now I was back making my breakfast smoothie. When would I have had time to do the announcements?

“No, Darling. First I’m going to drink my breakfast. And after that…” Again, the frying pan appeared. There was no finishing the sentence I’d intended. The jig, as they say, was up. The escapade was discovered. I saw there would be no gamboling in the sunlight. Not today. Not for this poet. I sat down at the keyboard.

“Perhaps you should start with the Non-fiction first,” she said. “So many people loved Susan Tepper’s Me & Mr. Grant. That piece deserves to win. The flowers were really charming. And Elizabeth Jaeger’s Mattituck. The one about the young girl spending a summer way out on the end of Long Island.” Kate isn’t supposed to have favorites, but that piece is clearly one of her unmentionable favorites.

“On to Fiction?” Perhaps Margaret Xuanyi Lu’s Before the Warblers Begin To Sing. It’s such an accomplished piece – can you believe she’s only 18, and just graduated High School in British Columbia? And already she’s publishing translations and her own fiction in several international journals? The world needs to hear her voice.”

“Now for the poets?” Ah, the poets. Do you know Kate has a degree in modern French poetry from a fancy east coast university? I bet you didn’t know that. She reads Mallarme better than I do. I could listen to her voice forever. Darling, say

And she said exactly that. Beautifully. For me. It’s why I love her. Anyway, the poems…

“Becca Menon’s Braiding the Strands is exceptional. Did you know it’s part of a much longer novel in verse? One needs dexterity and virtuosity to pull something like that off, and she has plenty of both. Kathleen L. Taylor’s Body Theory is stunning. She’s working on her graduate degree out in California. Alas, my lost homeland! I wish I could have written as well as she does when I was in grad school.”

“No more about your homeland, William!” “Fine. Next is Devon Balwit’s Nocturne.  There’s something lovely about it, something I can’t quite put my finger on. But isn’t that what poetry’s supposed to be? Beauty First, as someone said…”

“Whenever I read Hedy Habra’s work, I almost feel I’m entering a different world, divergent and familiar at once. Almost as if I can see through her eyes for a sacred instant, a short moment of orphic time. Her Or Do Memories Go Through Our Children Like Thread Through A Needle? gives me exactly that feeling. I’m grateful to her for this gift. Leslie McGrath’s work can sometimes be like that. But her Billow is antipodal, a diametric contrast, an attempt to be present, precise, an absolutely clear-eyed, direct treatment of what’s before her, as a deeply considered way of honoring her subject. I admire her approach.”

“William, you haven’t mentioned Yvette Neisser yet. Her poem Neisser is filled with deeply earned emotion. We all need the cleansing she reveals, a rebirth, a purified renewal. And even in light of all that emotion, all those souvenirs and remembrances, she moves through the poem elegantly.”

“I wish we could nominate more. I guess there’s always next year.”