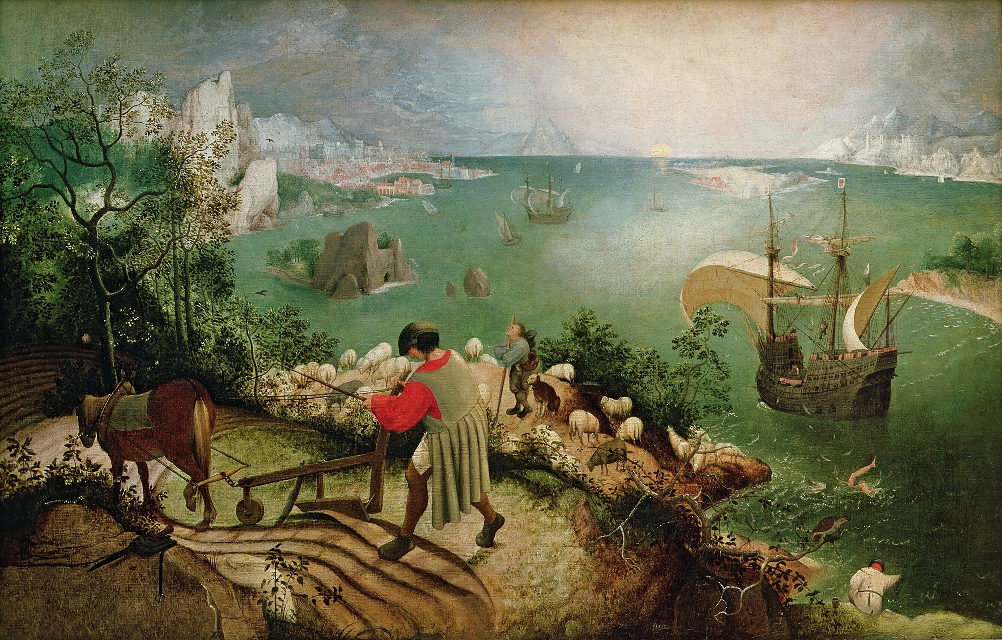 I will feel lost,
Unhappy and at home.
(“Tollund Man,” Seamus Heaney)

The pining asphyxee sends this enigmatic greeting
From Tollund to a Maeotian across the bridge
Connecting our worlds of the living and the dead:
“The Devil and the wild Tauridian were not your kin.
Your venerable ancestors lie in the earth’s innards,
In the primordial peat of the boggy sheets.
Taurica’s savage winds blow heavy overhead.

I lie recumbent here with severed head,
In verity, neither alive nor truly dead,
In teary Aarhus’s blasphemous vale.
By those Pagans out of the fertile dark,
Out of the turf – our reverential pen,
I was raised up to the light against my will,
Rinsed clean of immortality and dirt.

And yet I am no match for the vagabond
For neither stone nor cross mark your resting spot….”
Thus the Maeotian man to him replies:
“Nature’s consecration is simple and direct:
Dire drought and severe flood replace one another;
The covetous plow will trouble your remains not –
And the steppe is more reliable than a pyramid!”

I will feel lost,
Unhappy and at home.
(“Tollund Man,” Seamus Heaney)

Removing our peplos, the toga, the overcoat,
Like spirits of evil out of an ancient quarrel,
From Gogol, penetrated by fragments of steel,
Plied by the fickle pretexts of despicable fate.

Oars to your shoulders! He who has not seen the sea
Will not comprehend the purpose of the mast rigging.
The Magi had been guided by a mystic star;
Just so, the poet is  driven by a universal sorrow.

The sun’s cold rays do not warm your back;
You will not reign here prone and lying abed!
And in the sky the heavenly heruvim flutter by,
Scattering from above a  shower of white husks.

In the January snowdrifts, invoke the spring,
And safeguard its goodness unto the grave –
Until the soul returns into its murky depths,
Retracing Odysseus’s  journey underground.

Home for the holidays, about six in the evening,
Sadness will arrive, slouching and unbidden.
Reason will bedim, growing dismally gloomy,
While the flowering fuchsia continues to bloom.

The doctor on duty, with a sneer on his lips,
Will scribble a prescription for Valerian root.
The neighbors, having eaten and drunk their fill,
Content themselves with the notion that someone

Else’s weeping resembles the chirping of birds –
There’s no shortage of feathered ones in the bush.
And only the usually chattering passerby will
Suddenly be deprived of his powers of speech.

A little transom window will swing wide open
And a conflagration glitter in the pupil of an eye.
And from its depths, Icarus will step out and take
A defenseless stride towards the shimmering sun.

How painfully pathetic and pitifully feeble
His woefully wingless, centripetal flight,
Yet still far more endearing than his repellent
And odiously predictable fire in the heart.

Stretch outward thy omnipotent hand, fate.
It’s known to all the world hangs by a thread.
And squeeze my soul inside your clenched fist
Like that fitful, clamoring bird, until it hurts.

The Red Buddha and Penelope meet. He tells her:
“Your husband’s had a quarrel with watery Poseidon”
She weeps, foresaging Asia’s rupture of relations
With Europe over their fall-out over Helen.

She foresees the Yazidi woman, savaged by the hero,
And a thousand others, suffering from paranoia.
And she frets back and forth between West and East,
Simultaneously, sacrificial victim and historical lesson.

Victim of fate as it were in the modernist conception;
A lesson for the ancestors rather than the progeny.
The gallant fawns all fall in love with odalisques.
And the feminists form an alliance with science.

Reborn once or twice every century Penelope rushes
About, by turns Jean D’Arc and then the Holy Father,
Who happened to have been a woman. More precisely –
Don Quixote, in fact, was also Dulcinea unrecognized.

What news now to soothe the heart? Not a jot!
It is admirable to be a hero, but for what?
To remain unvanquished until the end of time,
Departing into the karmically sweet hereafter.
Life had flown by with a whoosh, like a flock.
Don’t forget to have a good cry into your soup.

From out of the topmost chakra a mallow bloomed,
And that mankind is animalistic is not out of spite.
No cosmic family is without its own monster;
Thus nature, red in tooth and claw, created us.
So, whose fault is it that time is a blithering idiot?
And whose concern is that? It’s not for us to judge.

Please tell me where your star is leading you
From these familiar parts, these sacred boundaries?
The white marble feet of statues are immortal,
Our paths unthrodden, our dreams colorless.
The waters of Lethe are streaming off your back,
But you’re no longer sensible to any damn thing.

Utter some pleasantries to stiffen your jowls;
It’s not for nothing they called you a Tauridian,
And threw  you down beneath the feet of history,
Those marvelous gods in the shapes of animals,
Those many countless centuries in the past.
Soldier of battles and bloodbaths immemorial!

The rains have pelted your avatar of drafts,
And the arid sands have baked it to a crisp.
You – grief, and groan, hunger, Goya, throat,
And the tolling of the Tower of Babel’s bell.
The job, it must be finished, once begun.
Charon be our guide, Chimera, our savior.

«Generally speaking, the specificity of both your Russian cultural references, but especially of any phonemic play on words, are either impossible to reproduce in translation and/or would be, in any case, either lost upon all but the most erudite readers or, which is worse, a source of distaste. I am well aware of what T.S. Eliot referred to as “Tradition and the Individual Talent” and have given much thought to the subject in my own poetic practice, but I am afraid that, while a close approximation of the classical contexts was central to the first generation of Modernists (say Joyce’s Ulysses, etc.,) any practice of it close to literal has not been viable for now nearly 100 years.

I would, if I may, point you to the work of one particular Russian poet whose classicism has, though with not much wide impact, shown itself to hold promise in this and perhaps future generations (Mikhail Eremin). For my own part, within the American 20th century Modernist tradition, I place myself as a third generation Objectivist poet, and I would recommend them to you, each one for a different resource, as a model for a way forward. I will now resume work on the poems you sent me and will write to you again within two days. Yours, Alex Cigale”

In my initial response to the poet reproduced above, I had expressed my skepticism about my ability to present his work in English, adding the caveat that: “The issues are partly thematic, as I’d indicated (these are not truly “contemporary”,) partly linguistic/structural (passive vs. active construction, implied pronouns, relative poverty of words in English bearing emotional qualities, etc.,) but most of all in the fact that the greatest strength of these is “your ear,” and that is precisely what gets lost the most in translation (the “Ch/Sch” sounds you rely on, for example, are unavailable to me in English,) and which is why I can never know before actually trying to make my own music with the words, whether they will ‘work in English'”. And so, I have been particularly relieved, even proud of the results (“One never knows, do one?”)

Andrey Guschin identifies himself as a “neo-archaist” poet, and the primary attraction to me as a translator of his lively and inventive formal verses was that what I view as a resurgence of the use of archaism and archaic words in contemporary American poetry, may yield for the work a readership in English. I should add that the notions of classical beauty that are part of the aesthetics of Peacock Journal were to a large part responsible in this believe, and essential to my determination to proceed. These do seem to me to contain a sufficiently post-modernist twist, that injunction to “Make it new” that Pound had propounded a century ago, but for our own age. As Guschin himself had said (in Russian of course,) the aim of “neo-archaism” is to bring up to date the relevance of the eternal themes of the ancient myths, epics, and archetypes, so that each of us for himself may find what is of value to the “hero with a thousand faces”. I also believe that this is not so far a stone’s throw from what perhaps the greatest Russian poet of the 20 century, the Acmeist Osip Mandelstam, had in mind when he declared the essence of his “movement” to be “a yearning for world culture”.

And so I end where, perhaps, I was expected to begin, but that I hoped would gain in complexity through my consideration of the difficulties of it coming through in translation and within the context of our own relatively “more modern” culture: Beauty is that which connects us to the numinous and the eternal. 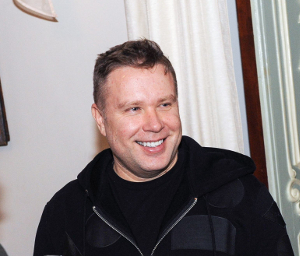 Andrey Guschin is the editor-in-chief of the international literary arts journal New Gilgamesh (www.novigilgamesh.org). He was born in 1970 in Yalta, on the Black Sea, and lives in Kiev, Ukraine. He is the author of Atlantic Songs (Traverse Press, Moscow, 1999) and The Sunny Isle of Buyan (Vodolei Press, Moscow 2012). In 2012, his epic poem “Atlantic Songs” was adopted for the stage at the Kiev Center of Contemporary Art M17, and he won the poetry prize of the Chekhov’s Spring Festival. 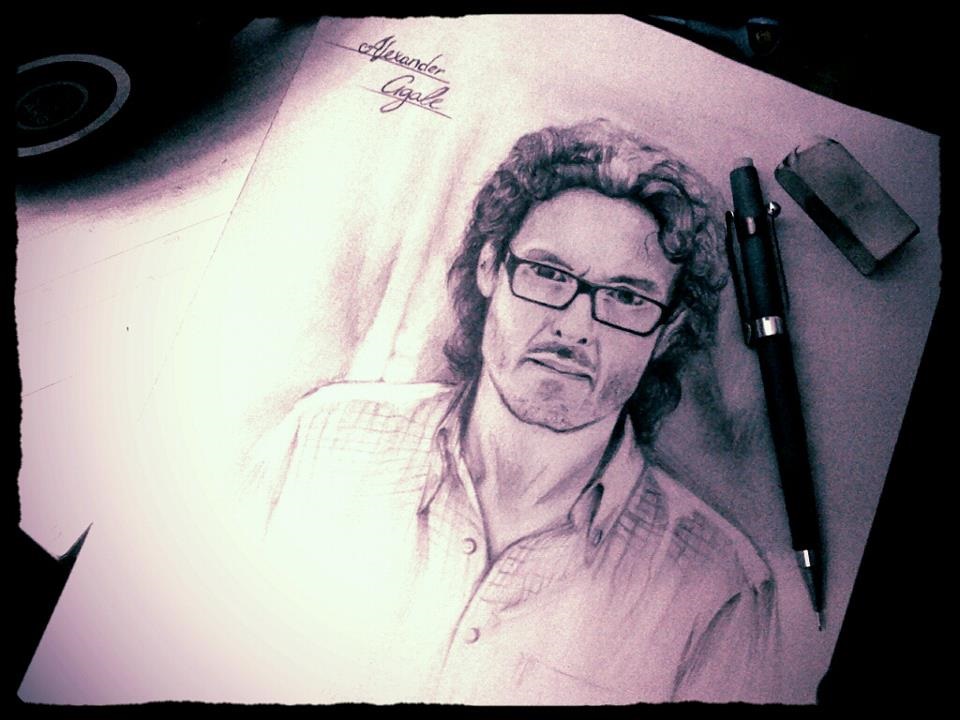 Alex Cigale’s own English language poems have appeared in the Colorado Review, The Common, and The Literary Reviews, and his other translations of Russian Silver Age and contemporary poetry and prose are in Kenyon Review Online, Literary Imagination, Modern Poetry in Translation, New England Review, PEN America, Triquarterly, and Two Lines. From 2011 until 2013, he was an Assistant Professor at the American University of Central Asia, in Bishkek, Kyrgyzstan. He is a Contributing Editor for Plume and the St. Petersburg Review and a 2015 NEA Fellow in Literary Translation for his work on the “philological school” poet Mikhail Eremin. His first book, Russian Absurd; Daniil Kharms, Selected Writings appeared in February 2017 in the Northwestern World Classics series.