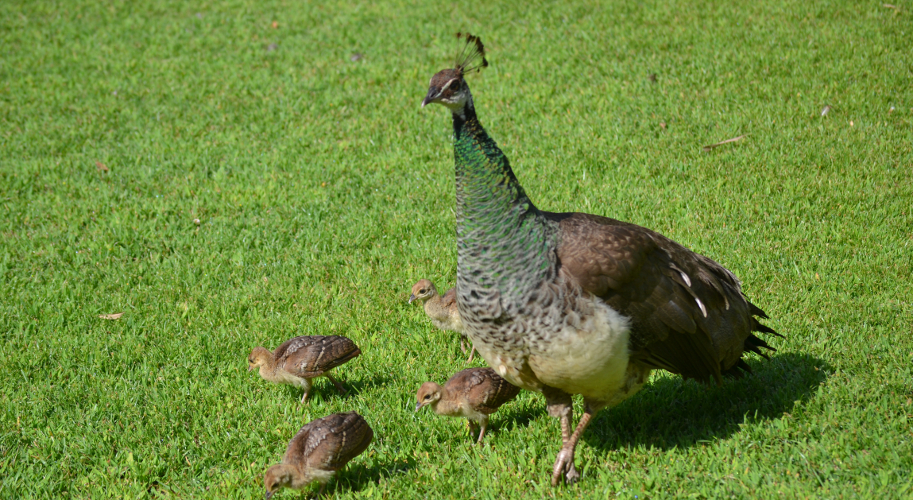 Elsewhere’s where he’s going, dragging
his iridescent peacock-blue-and-green Art Nouveau behind
into a chorus of oohs and ahs….
A tail whose hundred eyes sees and tells itself.

Not going with him. She built the nest
and made the eggs, a mama
wrapped in plain brown feathers,
the fowl equivalent of worsted.

She never knew what he saw in her
or how to say no to plumage that magniloquent.
His little head whipped around, its coronet trembling:
He took possession. When he left,
she watched the backside of the fan retreating, retreating,
drab in color and smaller by the second.

What she’s got are the peachicks,
boys most of them but all
now covered in down. They squirm and flop
needily against her white breast.
The cock was good for something,
But, sigh, they will soon grow as big
as he is, looking to display their fans.
She’s just herself, not a somebody.
It feels right. 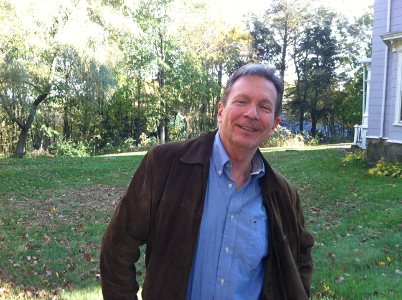 Alfred Corn is the author of eleven books of poems, the most recent titled Unions (2015) and two novels, the second titled Miranda’s Book, which also appeared in 2015. He has published two collections of essays, The Metamorphoses of Metaphor and Atlas: Selected Essays, 1989-2007.  Fellowships for his poetry include the Guggenheim, the NEA, an Award in Literature from the Academy of Arts and Letters, and one from the Academy of American Poets. He has taught at Yale, Columbia, Connecticut College, The University of Cincinnati, and UCLA.  In 2013 he was made a Life Fellow of Clare Hall, Cambridge. This past November he was a speaker at the opening of a new museum in Wuzhen, China, dedicated to the life and work of the painter and writer Mu Xin. In April Chamán Ediciones in Spain published Rocinante, a selection of his work translated in Spanish. More at alfredcorn.com/