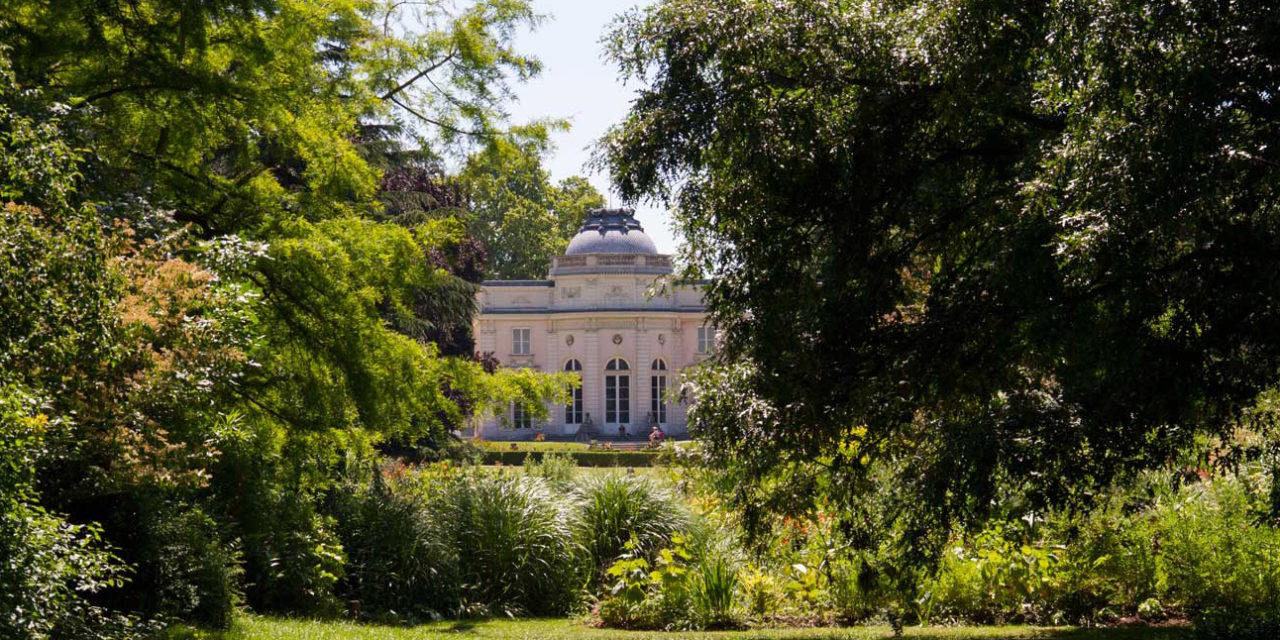 “Glenn Gould”
An excerpt from A Permanent Passion
By Philippe Sollers

Summer evenings are especially magical after the closing of the park gates. The sky above the long, shining avenues is dark blue. The blackbirds are singing in the flowering chestnut trees. Clara is staying in Paris, we tour the city. Dora has appointments in Switzerland and comes back. With Clara, I shut myself in to listen to all the recordings Glenn Gould made of Bach. She knows them by heart, but I want to see how she herself hears the various entrances. We are barefoot, we float on the parquet floor . . . Gould represents the introduction of metaphysics into recordings . . . I show Clara a passage from a novel by Thomas Bernhard, The Loser:

“Hunched over his Steinway, he looked like a cripple, that’s how the entire musical world knows him, but this entire musical world is prey to a total misconception, I thought. Glenn is portrayed everywhere as a cripple and a weakling, as the transcendent artist his fans can accept only with his infirmity and the hypersensitivity that goes along with his infirmity, but actually he was an athletic type, much stronger than Wertheimer and me put together, we realized that at once when he went out to chop down an ash tree with his own hands, an ash tree in front of his window, which, as he put it, obstructed his playing. He cut down the ash, which had a diameter of at least a half meter, all by himself, didn’t even let us get near the ash, chopped the ash into smaller pieces at once and stacked them against the house, the typical American, I had thought then, I thought. Glenn had barely cut down the ash that supposedly obstructed his playing when he had the idea of simply drawing the curtains in his room, closing the shutters. . . . His worshipers worship a phantom, I thought, they worship a Glenn Gould that never existed. . . . Our Glenn Gould was capable of unbridled laughter like no other, I thought, and for that reason must be taken most seriously. Whoever can’t laugh doesn’t deserve to be taken seriously, I thought, and whoever can’t laugh like Glenn doesn’t deserve to be taken as seriously as Glenn.”

Clara thinks this imaginary description is funny . . . She met Gould toward the end of his life in Toronto, she talks about him in a low voice, almost whispering, as if he were there, behind the living room curtains . . . Or on the balcony, or maybe in the trees . . . A bird, then? Yes, if you like, a bird with odd feet . . . A seagull on a piano . . . And at the same time a colossus in the shape of an infirm vagrant, gloves, sweaters piled on, old jackets, balaclava, hot water baths for his forearms for half an hour before concerts . . . The oddest thing was that he had just about stopped playing, she said, but was writing nonstop, thousands of pages, everything and anything but not just anything. Haphazard notations that were found after his death in 1982, shortly after his last recording of the Goldberg Variations (first movement much slower than before) . . . Ah, those Goldbergs . . . Gouldbergs . . . Endless blackened pages, medical reflections, descriptions of symptoms, dreams, stories . . . And even a plan for an autobiography, a notebook entitled Essence of an Enigma, all the pages of which were blank . . . Clara was astonished when he told her he was thinking of quitting music soon and spending the rest of his life writing . . . But we are not pianists, are we, one does not play the piano with a piano, one plays the piano with one’s mind . . . Counterpoint in Bach? “A mystical acquiescence before the inevitable . . .”

Does Clara know this dream by Gould, which he transcribed in a very Cyrano-esque style?

“I appear to be on some other planet, perhaps in some other solar system, and, at first, it seems as though I am the only Earthman there. And I have a tremendous sense of exhilaration because I seem to believe, in the dream, that I have been given the opportunity—and the authority—to impart my value systems to whatever form of life there might be on that planet; I have the feeling that I can create a whole planetary value system in my own image.”

Yes, yes, he is crazy, agreed, but not more than Bach and his God, even . . . What is really going on is time, a galaxy of time enumerated grain by grain through each rebounding note, like the seconds punctuated by the black-on-green counter integrated into the equipment that emits the music in front of us. Time, tempo. “The concept does not flow from the tempo,” said Gould, “but the reverse: the tempo matters little, as long as there is an organic unity among the motifs.” You have to forget that you are playing the piano . . . The fingers don’t think, and “they give nauseating interpretive ideas.”

Do you have to forget that you are writing? Perhaps. “Part of the secret in playing the piano is to separate yourself from the instrument in every possible way.”

One day Gould said to students: “you should never cease to be aware that all aspects of the learning you have acquired, and will acquire, are possible because of their relationship with negation—with that which is not, or which appears not to be. The most impressive thing about man, perhaps the one thing that excuses him of all his idiocy and brutality, is the fact that he has invented the concept of that which does not exist.”

Separate yourself, take your distance, act as though you are not playing, as though you are not even hearing yourself. The error consists in believing that one is doing what one is doing when doing it. Above all, don’t attempt to attain silence or empty space. That is a pose. On the contrary, play as if you were in the middle of the street, at the heart of the racket . . . With droning machinery, jackhammers everywhere, screaming radios, wild ambulances. Gould had this revelation at twelve when the cleaning lady suddenly plugged in a vacuum cleaner next to the instrument he was playing . . . “And those parts which I couldn’t actually hear sounded best of all.”

Gould: “fugue arouses some primeval curiosity which seeks to uncover in the relations of statement and answer, of challenge and response, of call and of echo the secret of those still, desert places which hold the clues to man’s destiny but which predate all recollection of his creative imagination.”
Strange definition . . . “Still, desert places.” Just now Clara remembers that Gould spoke the way one composes a fugue, as confirmed by several both fascinated and exhausted witnesses:
“He could make, in a single sentence, up to fourteen levels of parentheses inside parentheses, accessory clauses, asides and asides of asides, but he kept his subjects and counter-subjects in order and closed each of the parentheses when they were supposed to, ending the sentence where he had begun it. Perhaps one can remain alone only by accepting oneself as divided, multiple, populated, but with elements of unity, as in the most complex of fugues: tonality, instrumentation, tempo.”

Abramowicz, who admired Gould but was madly jealous of him, could not keep from joking, in conversations, how he was like a “dirty brat,” “overexcited little kid,” “chatty little cock,” “lyrical youth.” He would raise him, then lower him, in a mixture of pinched paternalism and prudish maternalism. He couldn’t help himself, it was as if a disk were speaking in his stead. He couldn’t stand Gould, and nothing aggravated him more than his voice humming behind the piano in certain recordings, proof that Gould, from megalomania, considered himself alone with the music. “And furthermore, he sings out of tune,” Abramowicz said (but you don’t have the time to find out if Gould is singing in tune or out of tune, besides he is not singing, he is in vocal levitation). There are bodies like that: they unleash love-hate passions, we sense that there is in them a superior principle of autonomy, an otherworldly clash, an eternal youth under a collapsed behavior, a different capacity for sleep. Not only in music; in ordinary life (which by the way is also music). A way of holding oneself, of letting go, of speaking, of drinking, of walking. The Christlike thing, in the end. Which can take place anywhere, anytime, with respect to anyone. Man or woman. Pure or impure. Genius or not.

Gould, a great reader of the Bible (they found his threadbare copy on his nightstand), was first of all an adventurer in Time:

“Playing with the sense of time, the scale of times, in their relationships with individual voices, hearing a single voice while perceiving on the basis of what it says separate and simultaneous messages.”

Is he the same or is he many? You have to choose, the family does not like fugues. The spirit of death insists on its equals sign. This prolonged young man, this boy, this youth, this butterfly with the look of an old tramp, must be returned to the universal womb-tomb. We will find the necessary photos. You were a boy baby, or a girl baby, don’t give me any trouble. Your mother has been archived. Your grandmother too. Showing off by humming in the fugues is not going to help you, you will be humiliated one day. Clack: piano-coffin. Back to square one.

The first one drank too much, the second took drugs, the third had a disorderly sex life, the fourth had revolutionary pretensions, the fifth took himself for a musician superior to the others. We Thupeoples have combated these bodies. The Central Office of Thufinancial-Marquets subjected them to relentless surveillance. Mr. Likehim and Mrs. Likeher, of the Office of Integrated Surveillance, followed their actions on computer. Well, believe me, genius or not, their lives have not been easy. In the case of the aforementioned Glenn Gould, it suffices to consult his notes on his physical self-observation:
“Seized in a sort of giant pincers. Palpitations. Arm-heat. Chest-throat indigestion discomfort. Wake-up rapid and irregular pulse. Dream episodes. Dropping blood pressure with freezing sensations. Shivers—top of nose,” etc., etc.

As for the list of medications he was taking in the last year of his existence, it speaks for itself:

Love is vague, intimacy is precise.

Blue is in need of black. 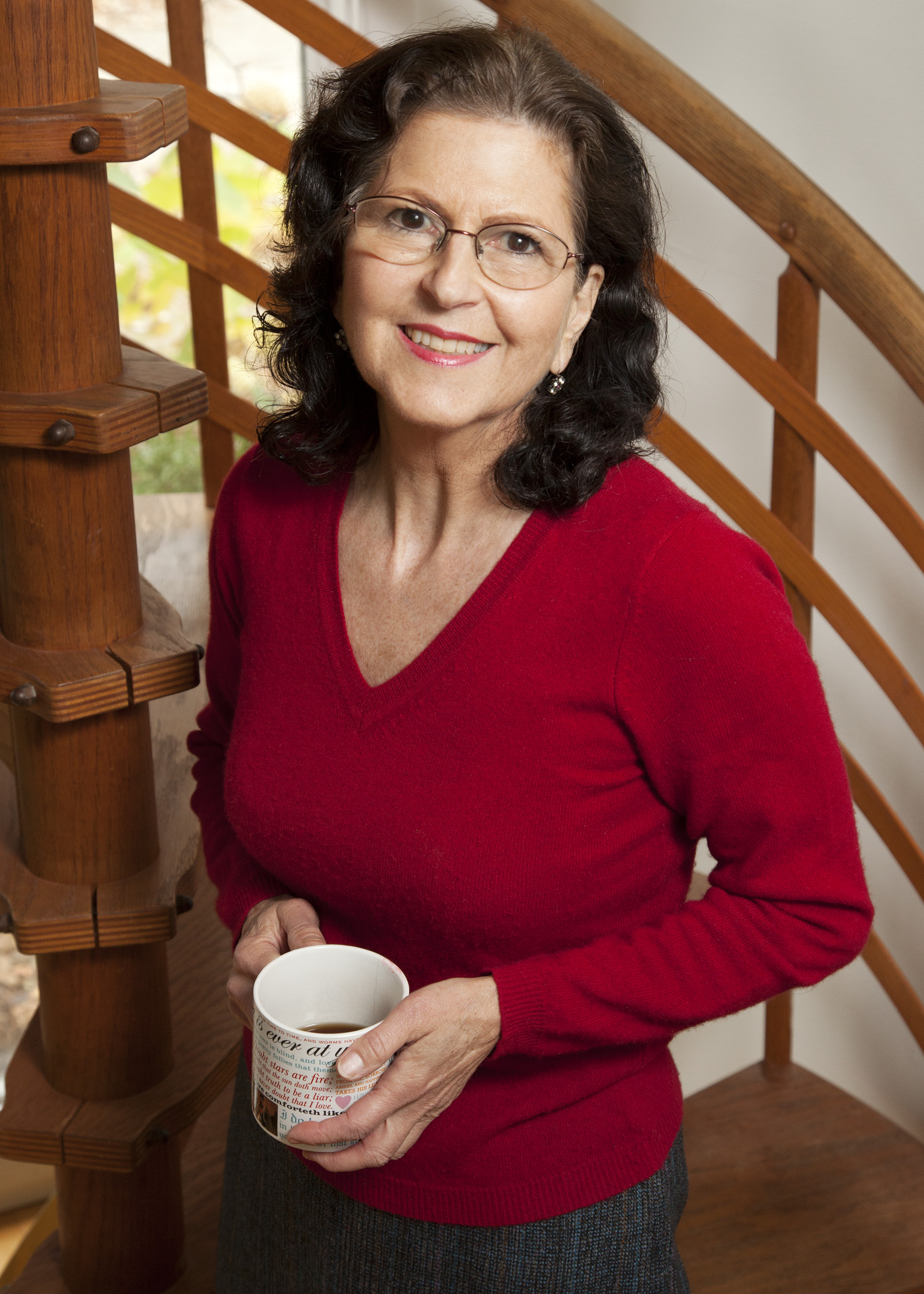 Philippe Sollers founded the avant garde journal Tel Quel (along with the writer and art critic Marcelin Pleynet), published by Seuil, which ran until 1982. In 1982 Sollers created the journal L’Infini. Sollers was at the heart of the intense period of intellectual unrest in the Paris of the 1960s and 1970s. Among others, he was a friend of Jacques Lacan, Louis Althusser and Roland Barthes. These three characters are described in his novel, Femmes (1983) alongside a number of other figures of the French intellectual movement before and after May 1968. From A Strange Solitude, The Park and Event, through “Logiques”, Lois and Paradis, down to Watteau in Venice, Une vie divine and “La Guerre du goût”, the writings of Sollers have sparked argumentation, provocation and challenge.