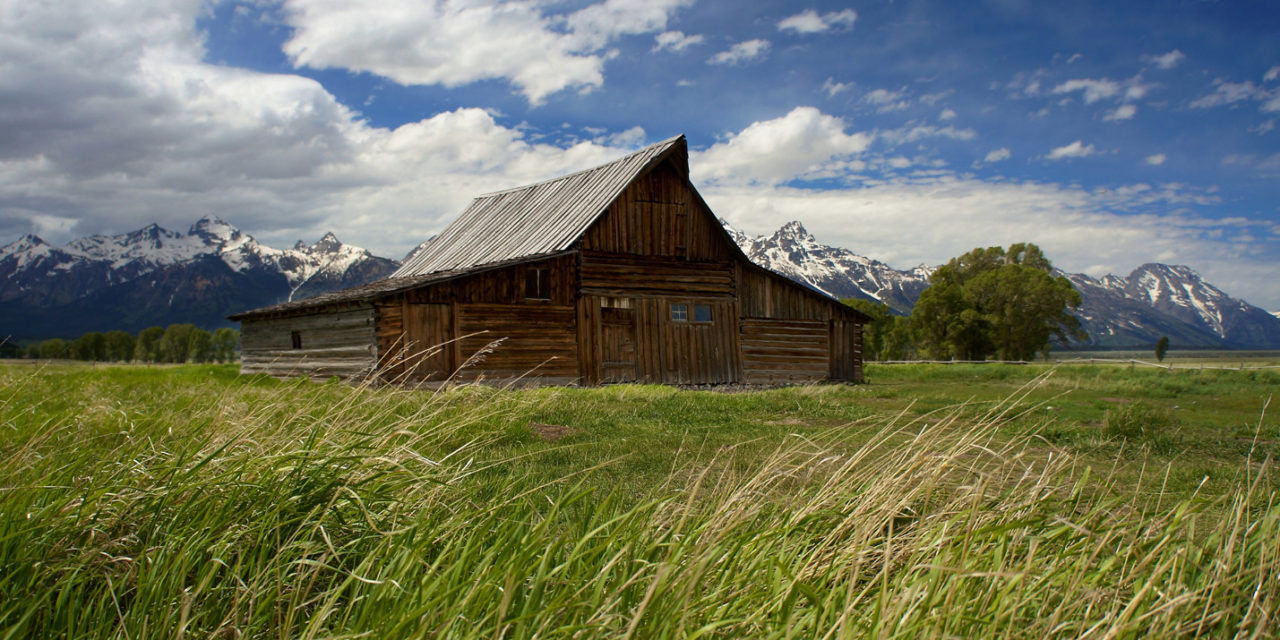 Nights when the wind is strong and memories steam like cocoa, my grandfather appears to tell my son he loves him. I have seen him, a small gust, dart behind the curtain when I come in to check before bed. I pretend not to notice the smell of his pipe, the shade of plaid he leaves when he moves.

He must have something important to tell, something antique and great grandfatherly, perhaps earned from the varnish and wood of his history, the many chairs and buffets he brought back from their own dead places in the barns and attics of the North Country.

Last night for just a moment, he stood still and nodded in my direction. When I tell my mother she doesn’t believe me. When I tell my husband he ignores me. But Grandpa is delivering a message, and I intend to find out what it is. There must be some way to trap a ghost, at least I assume the internet will know. And wiki teaches me in a few easy steps. I can even download an app that will detect the presence of his heat, not that I need that, and I am to listen for noises like the banging of items on a shelf. They do not mention pipe smoke or the fact that the space beside the window turns to shades of plaid while I watch. If he would just talk to me once, I would leave him alone to do his haunting.

My iphone firmly in hand, I stare at the screen and wait. Dillon rolls toward the edge of his crib and his arm smacks the wooden slats. I jump, then check again to see if Grandpa’s heat has entered the room. The screen is blank, but I feel the tail wind of a memory shift across my skin. He has come. What they say about the thermals on screen is only half correct. There is heat, but also the chill of his passing like a thick moment of fog and then beside the crib, Grandpa’s jeans hanging low on his hips, the heavy work shirt tucked into his brown leather belt and the fisherman’s cap on his head. He removes the hat and runs his fingers across the gray hair, sliding it into place. We could have been in his workshop or on the edge of his garden getting ready to plant tomatoes. Each moment of having watched him, followed him, helped him, floods toward me. There were hours when he taught me without speaking, let me trot like a new puppy just a few paces behind in all his work. He was rarely still, his knotted fingers holding a varnish brush, sand paper, shovel, hose or the wooden handles of his wheel barrel. As I grew older, I carried and settled the details of his chores. In just a decade, he aged and became a voice of directions and desires, needing me to put into practice the many hours I had only been a pair of eyes. He taught me how to work and how to pay attention.

Dillon can never have these moments. This barely visible presence and my stories are all he will have of this man who died within days of his birth. Only once did I place my son in Grandpa’s arms, the hospital bed in his den, upright as he could barely lift his head or speak above a croaking whisper. I realize as I stand there just how much I miss him. In these months following his death, I have been busy with the details of being a mom and have wanted to forget the hospital death smell and papery skin, the horrible brown vomit and fevers he was too sick to hide. These memories do not sift through me and bring joy. I want him to visit me because this ghost does not resemble his final year; this ghost does not writhe in pain or throw bedpans at the wall; this ghost is not the dying grandfather I nursed, but the grandfather of my childhood, the grandfather of a past I want to relive, recapture, put on like a scuffed pair of boots that know the angles and knots of my feet. And then this grandfather, here now, reminds me he is still mine.

So I put away my phone and leave them, hoping my tiny baby will recall some grandfather relic passed to him in the shadows.

I find beauty in phrases that surprise me and make me stop reading to consider their newness alongside their accuracy.  These moments elevate writing for me, make me long to keep working for the image that will stop a reader, give her a picture and a thought within my words.  There are many possible places for this to happen in the process of writing a piece of prose or a poem, and it does not work each time I try it.  But some of my most fulfilling moments of creation have come at the word level when I juggle and shift, reinvent, and eventually hunt down something unexpected. 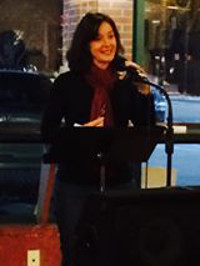 Beth Konkoski is a writer and high school English teacher living in Northern Virginia. Her fiction has been published in Story, The Baltimore Review, Mid-American Review, New Delta Review, and other literary journals. She has a chapbook of poetry Noticing the Splash that was published in 2009 by BoneWorld Press. Her story “Mercy” was published in Amazing Graces: A Collection of Fiction by D.C. Area Women. She has work  forthcoming from Dying Dahlia Review, Gargoyle, and Boston Accent Literary Magazine. More at bethkonkoski.net.