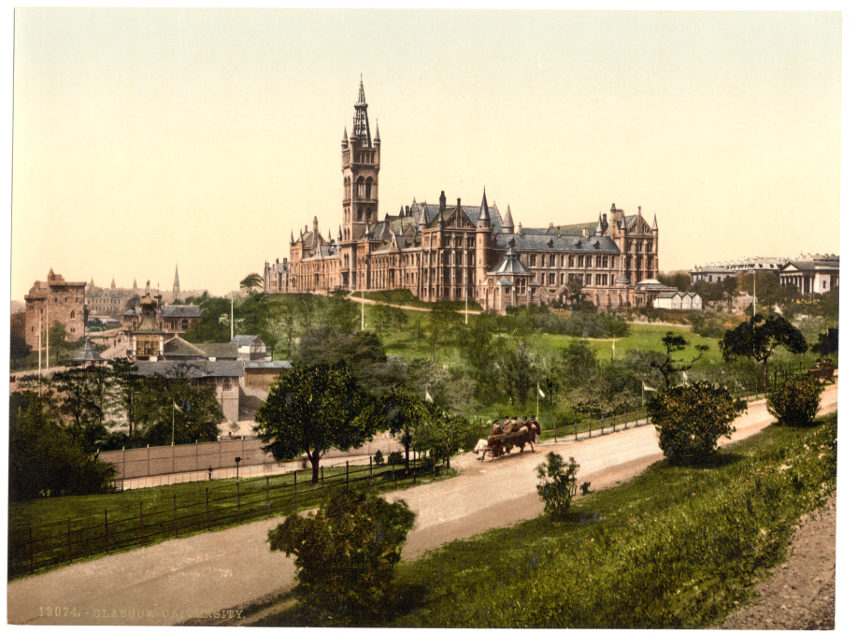 At the age of 20 I was drifting towards an honours degree in psychology with no idea what I’d do afterwards and little clear notion of what I’d like to do.  Personnel work (not then transformed into ‘Human Resources’) seemed a good bet. It had something to do with psychology, after all. You matched people’s personalities and capabilities to suitable work and all that, didn’t you? Worth a bash, anyway.

Some vacancies were advertised in the personnel function of the local Health Board (as they existed then) near the end of my final year; by some unlikely mischance, possibly a clerical error, I was called to interview. I squeezed into a neck-chafing shirt, found a tie somewhere and wore my only suit, a cheap horror that sat awkwardly, like something made of cardboard. I only had to walk about half a mile from the bus station to get to the interview location, but I was wearing a new pair of black shoes purchased hurriedly (for about £4) for the interview. They were guaranteed leather-free and fitted tightly, in the way that a sprung gin-trap does. I limped into the building where the interviews were taking place, a grim, crumbling two-storey Victorian structure. Soon afterwards, the Health Board vacated it and these days it’s occupied by one of those trendy bar/diners where the waiting staff greet you with ‘Hi! How are you doing?’ and ask you about your holidays.

The interview room resembled one of those grim, ill-lit cells where Regan and Carter grilled their suspects (‘You’re going down for a long time, son…’). And there, seated on the other side of a formica table, were Soft Cop and Hard Cop.

It was Soft Cop, on the left, who spoke the most. A slender, beautiful young woman with long, wavy blonde hair, she nodded as I gave my answers, her hair rippling fascinatingly in the striplit glare, and smiled a smile that could light up the grimmest post-industrial West of Scotland town on a wet January night. She called me, not Mr McVey, but ‘David’. I was smitten, won over, conquered. If she had asked me to carry out the Labours of Hercules, I’d have run, in those torture-chamber plastic shoes, straight to the nearest Poundstretcher, bought a serviceable stiff broom, and then caught a bus to the Augean Stables.

Soon, the Blonde Vision’s Soft Cop routine was over and she turned to Hard Cop. This stern, middle-aged, bald, bespectacled man in a pinstriped brown suit was definitely not smiling and may have forgotten how. He looked at me with an expression that suggested an undertaker with toothache, glanced disapprovingly at the notes he’d made while I’d been speaking to the Blonde Vision and, finally, took off his glasses, grimaced anew, and asked, ‘Mr McVey – why should we employ someone like you who has absolutely no work experience?’

Silence. I tried to address the question (to which the obvious answer was, ‘I have absolutely no idea. I know I wouldn’t.’) and failed. I glanced at the Blonde Vision hoping for support, but she was feigning interest in her copy of my application form and I saw only her golden crown.

Thirty years on and I still can’t remember what I said in response to Hard Cop’s question, or to any of his subsequent sourly-delivered verbal rabbit-punches. Right after the interview, I staggered back into the street, blinking in the light like a lost mole, and paused before heading back to study for the finals. Full-time education – playtime – was nearly over, this full-time work lark did not seem like a bundle of laughs and the cheap shoes had removed most of the skin from my feet.

It was no surprise at the time, and is no surprise now, that I didn’t get a job with the Health Board. The dream of working alongside the Blonde Vision faded. But, surely, this job interview lark could only get better? Stifle your sardonic laughter…

Not long afterwards I was up for a personnel job in a textile factory (now, of course, long gone) in Glasgow’s East End. It was another two-headed interview panel, this time comprised of a young, thrusting executive from the London head office – the sort we would soon start calling yuppies – and an ageing, grizzled, plain-speaking local manager.  The latter’s only contribution to the interview, with echoes of Hard Cop from the Health Board, came early on; he asked, ‘Mr McVey, what actual experience do ye have?’

Ah, but I had learned from my previous interview. Not only was I wearing shoes that fitted, I had thought about the kind of googly questions that might be bowled at me. My answer – willingness to learn, transferable skills, enthusiasm and so on – was well-prepared. But I was only a few syllables in when the local man grunted, with evident satisfaction, ‘Aye.  Nae experience,’ folded his arms, and sat back in his seat with a settled air of finality.

Head Office Yuppie asked all the questions from then on. In the middle of one of my answers, I noticed that the suspiciously quiet local manager was swaying a little. He then began a long, slow, sickening lean to his left, the beginnings of a bronchial snore swelling in his lungs, before he suddenly awoke and hauled himself upright again, glancing around sheepishly. I had followed his descent with my eyes but I deserved some credit, I thought, for carrying on my answer uninterrupted; perhaps it should go on the CV, ‘unflappable under pressure’. Head Office Yuppie gave no indication of having noticed the incident.

You never really recover from a job interview where you have bored your interviewer to sleep. Actually, it all came good a few years later when I fictionalised the incident and it became my first published short story.

Now I’m in my fifties, dozens of job interviews later, some of which even led to me getting work. Soon, though, I’ll be thinking seriously about retirement; these days that’s something of a minefield. Whatever happens, there is this to be said for it: freedom from job interviews. God’s greatest gift to the Third Age.

‘The artist,’ wrote Oscar Wilde, ‘is the creator of beautiful things.’

Others disagree. The role of art is to shock, to confront the reader or viewer with reality at its most hideous and putrescent.

Me, I’m with Oscar. Of course, I don’t think the writer should avoid unpleasantness where warranted, but in all our work I believe we should strive to make our writing as elegant and readable and beautiful as it possibly can be in its context, whether we’re crafting a lyrical poem or writing a letter to the company that unblocks our drains.

Whether I succeed or not, well, that’s up to the reader. 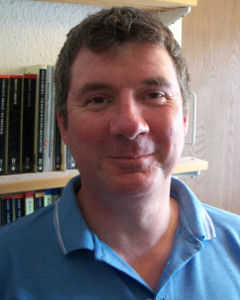 David McVey lectures in Communication at New College Lanarkshire. He has published over 100 short stories and a great deal of non-fiction that focuses on history and the outdoors. He enjoys hillwalking, visiting historic sites, reading, watching telly, and supporting his home-town football team, Kirkintilloch Rob Roy FC.