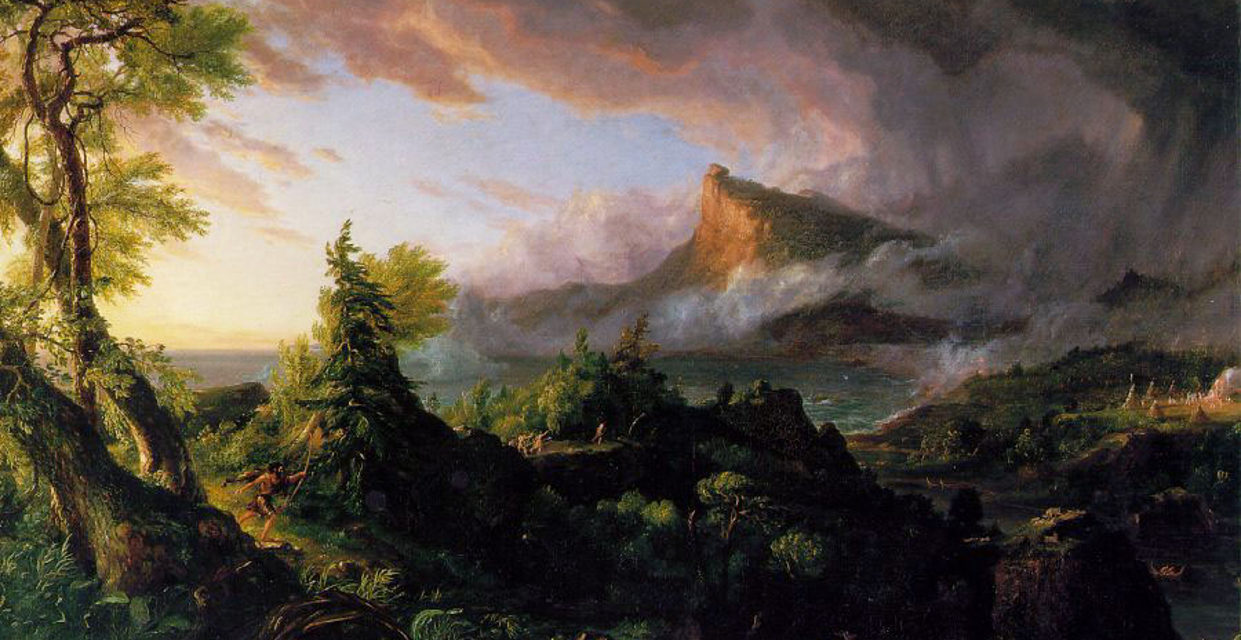 Summer in the west, colors diffused,
pastel in recollection, bumping along
a rough forestry service road in the old truck,
asking every few seconds, “What’s that cave?
What’s in that one?” delighted by the mystery
of a shadow lodged between louring rocks.
Being told, ‘probably bears or bats,’
by parents who had a CB tuned to
the emergency channel in case
we had to go help someone else
whose truck had broken down.

No cell phones, no internet, no way to know
what was in that cave, or around that bend—
except another truck, coming down the narrow dirt
strip that corkscrewed around the mountain.

Bushes across another road; the map says that
the road continues, but Dad gets out to walk through
the brush, to make sure that it does,
and when he gets back in the truck, he has Mom
keep her door open and hold onto me, no belt,
with instructions to jump if the truck slips.
He doesn’t mention till later,
the bear claw marks on the trees.

Another road, another day,
halting the truck to let a herd of forty deer roam past,
when I cry out in wonder, harsh shushing
from parents who don’t want the deer to flee
before they can get a picture.

Then, walking under the cathedral made by pine branches,
trunks rising spear-straight into the cloudless sky,
steps cushioned by thousands of yellow needles.
Scrape them back to find thin, musty dirt,
bone-dry, parched of life—
except the holes by rocks,
which could have been snake dens,
and the occasional surprising cowpat.

Then the buzz of chainsaws as a marked tree
comes down, wood for our winter fires,
and helping to carry the smaller, pitch-covered
pieces back to stack them in the bed,
hands sticky with pineblood.

Lunch by a one of a hundred lakes called Silver,
prodded to look up from a warm sandwich,
just in time to see a black dot swoop down
to land in a swaying tree, imperious white head,
brown wings.

The memory of those days will stay with me forever,
driving back down into the sere valleys,
where a chance rainstorm touched the gray-green sage,
and filled the air with its smoke-sour scent,
and the browns and tans and grays of the valley,
rolled out ahead of us in hills,
before rising up to meet the blue
of another mountain range.

Traveling east from west,
all that excessive, profligate green,
rising up to bar the sky.

I used to know which way was west,
by which mountain I’d faced;
now branches hemmed me in,
blocking the horizon.

And yet, I’d never known,
How thirsty my desert-born eyes
were for jade and viridian—
I was used to umber and khaki,
to finding beauty in
subtle folds in the earth,
the way rocks layered themselves
millions of years ago,
then weathered to a jagged edge.

Here, the upturned earth was black,
not clay or silt;
here, the trees in autumn
became a patchwork of golds and reds
along the highway that cut past
lonely, rusting townships—
not the wild piñon pines of home.

And somehow, despite two hundred
forested miles between Altoona and
Allentown, those woods always looked
like a park or a garden to me;
as if they must have been planted, just so,
all of the same height and age,
all soft-edged and tame,
devoid of bears and wolves.

But the trees had the last laugh;
they knew that this was not my home,
stole my breath with their pollen,
proving that in nature,
that which looks safe and tame,
usually isn’t.

Watching my husband at grappling practice,
working out with a man past sixty-five,
but still on the mats, and a less-experienced
man, only five years’ work to my husband’s
twenty-plus, the master’s forty and more,
there’s a rhythm to it, a harmony,
walking circle-wise through two opponents,
shifting hips for better balance,
the perfect geometry as they find
the dead space, the negative space,
the third point of the triangle
which leads to a fall.

A swirl of limbs as one’s caught over
another’s shoulders,
then dumped gently to the mats,
and then pulled upright again,
laughter and quick questions.

When I’ve been on the mats with them,
their hands always surprise me with their gentleness;
so many first-timers on the mats feel
that they need to crush your hands with theirs,
demonstrate their dominance and strength,
but these experienced hands
could hold a butterfly without harming
the velvet of its wings—
they move me not through strength, but
through balance, by intention,
and then I’m falling, too, through the negative space,
and laughing as I hit the floor.

Watching my son learn the same art,
starting at four, his movements a muddle,
no coordination, no attention-span,
throwing himself at the floor
for the love of falling down—

and then suddenly, in the last year,
body and mind have taken one another
by the hand, and now,
his kicks are clean and crisp,
and as he moves through the complex
steps of a new form, there’s pride
in the motion, snap and vigor
that wasn’t there before.

When my husband plays Beethoven
for us at night in the glow of golden lamplight,
his fingers stroke the keys with the same
gentleness as when he takes my hand on the mats—
soft as butterfly wing-beats.

Our son’s hands on the keys haven’t yet
learned to be so tender with music,
but someday, they will—
and I look forward to meeting
the man that he’ll become,
as he emerges from the cocoon
of who he is now.

Many years ago as a graduate student, I was compelled to read Immanuel Kant on the subject of beauty. Kant is not a pleasant reading experience by most people’s standards. But what I took away from that long, painful experience, was that for him, there was a distinction between the ‘pretty’ and the ‘sublime.’ That a mountain range, a storm, each of which inspires awe and fear, can be sublime, and thus beautiful. And that a puppy, while cute, could never be ‘beautiful,’ because of that lack of the sublime.

I think he was both right and wrong. Yes, there are different kinds of beauty. A mountain range takes my breath away, as does a sea at storm. But there is also something sublime in a mother who’s fallen asleep holding her sick child–the pain of her experience, her fear of what could happen to her child, the child’s fear transmuted into rest by its trust in its mother–that’s something beyond the prosaic and the everyday. You simply have to be willing to see it, rather than to close your eyes to the possibility of wonder.

See what’s extraordinary around you. Really look at the world. And suddenly, you’ll find beauty everywhere–or at least, you’ll be more open to it, when you find it. I try to do that every day. Some days, I’m more successful than others. The point is to be open to the possibility. 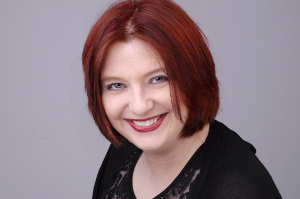 Deborah L, Davitt was raised in Reno, Nevada, but took her MA in English at Penn State, where she taught rhetoric and composition. She’s been a technical writer in industries including nuclear submarines, NASA, and computer manufacturing, and currently lives in Houston with her husband and son. She’s best known for her Edda-Earth fantasy novels, but her poetry has appeared in Star*Line, Dreams & Nightmares, Silver Blade, and many other venues. More at: edda-earth.com.