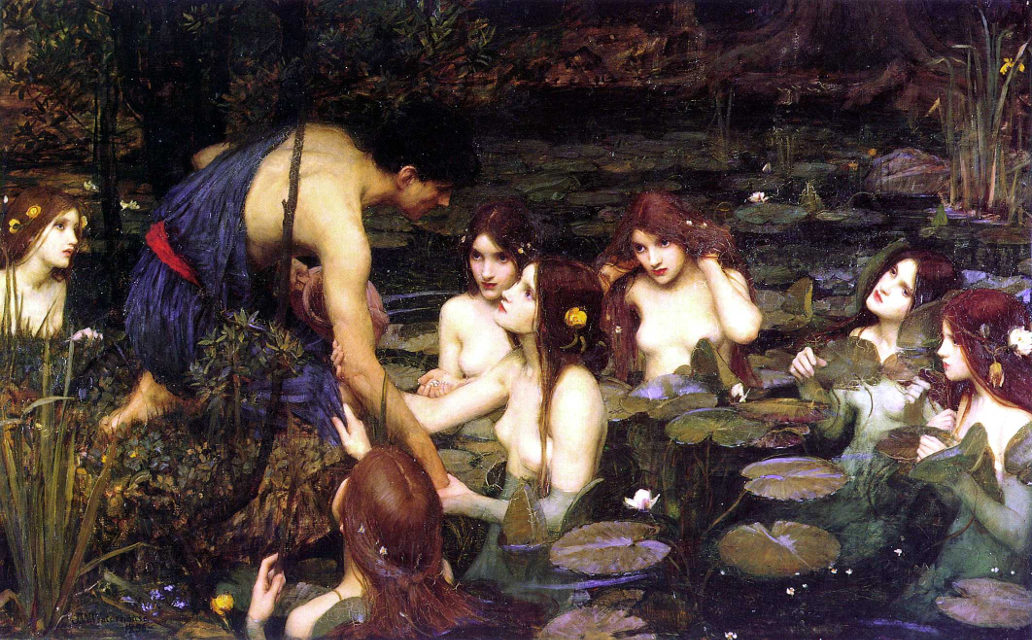 Nobody ever sees an ugly
mermaid.  Only a fool could mistake
a dugong for one.  The Fiji mermaid
that Barnum used to rake in the shekels
from gullible crowds was only a monkey’s
shriveled torso knit to a mackerel’s
tail. A narwhal is not a unicorn.
No one believes in an ugly mermaid.

Surf the net for them and you’ll find
a host of sightings – beauty that hides
behind the sponges and coral fans.
We want, O how we want to believe
in the webbed hand on the diving bell,
the bright tail flashing over a rock,
the fishermen who are afraid to speak
of strange bones caught in the net,
because the salt is in our blood,
and in the amniotic sac
we still had gills.

Our chance for beauty
is in the genes we brought from the sea
before we took a sudden lurch
to sandy ground, to fur and tails
that replaced our graceful silver fins.
Now only dreams can carry us
beyond the African savannah
to the tidal pools, the breakers’ hiss,
the blind shapes climbing the abyss.

I haven’t seen half the things on my bucket list, but I have seen
enough to keep me amused in my old age.  I have seen

the lighted minarets of Istanbul receding
in the wake of ship at midnight, and I’ve seen

a jazz funeral in New Orleans, the second-liners
pumping their umbrellas up and down, and I’ve seen

the tide come in at Mont-St.-Michel, and the tide
go out in Beaufort, South Carolina.  And I’ve seen

snow fall on Windsor Castle in June.  Yes, English weather
is among the phenomena I’ve seen.

but the truth is that on my deathbed I’ll be thinking of
the Acropolis and Chartres and the pilgrims at St. James of Compostela,
and all the other fragments of this world’s beauty that I’ve seen.

Somewhere along the primrose path
That led to my seventies,
I lost the blithe agility
Of the young springbok’s knees,

The swift gait of the wildebeest
Running with its herd,
And the keen eye of the crouching cat
Under the nesting bird,

Retaining only the stoic love
Of the elephant for its kin
And the fierce desire of the salmon
For the stream it was nurtured in.

Aquinas, who had a gift for concise definition, once said that “We call that beautiful which pleases the eye.” It’s hard to improve on the simplicity of that. Pleasing the eye, which includes reading, has always been my goal, and aesthetics my primary value. From this comes a love of art museums, travel, living next to running water, poetry, the Victorian novel, and cats. (Few things please the eye as much as a good cat). It might have been more noble if my highest value had been unconditional love, but if I’m honest, I admit I’m stuck with beauty. 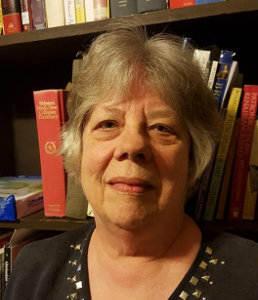 Gail White is a Formalist poet whose work appears regularly in such journals as Measure, Raintown Review, Rotary Dial,  and First Things. She is a contributing editor of Light (www.lightpoetrymagazine.com) and a two-time winner of the Howard Nemerov Sonnet Award. Her most recent collections are Asperity Street and Catechism (both on Amazon). She lives in Breaux Bridge, Louisiana, with her husband and cats.