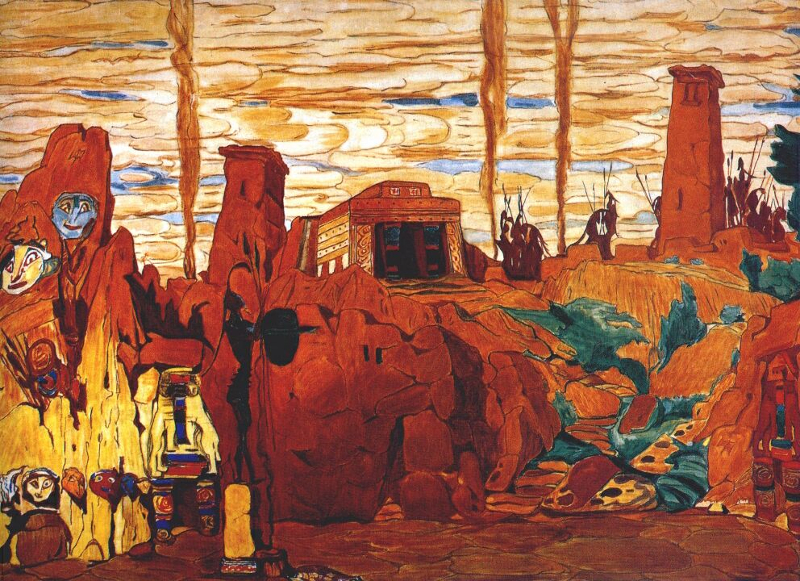 Dance of the Firebirds

We took the atmosphere’s
flammable bits,
powders and syrup
and compressed them
into something precious
like stones and ointments,
applied them to our toes and soles
so we would not slip.
We were afraid of nothing
but birds plummeting
onto our stage
as they do when heat and smoke
conspire to smack them
unconscious, as in a fire
that runs from brush
to shore, the ocean
that cannot swallow it.

Now words float on the glass
about inherent volatility,
risk and oxygen.
They will have to be removed
with ammonia and razors
to make way for new epics.
“It’s a shame your mother’s life
has to end this way,” her best friend
remarked as the house was sold
as if my mother was exclusively
molded from stucco and fiberglass.
What about the glue
that seeped through wallpaper
and made her hands swell
as if filled with aerosols,
or the living issue of flame,
re-seeding its experiments.
Only in arson would the lilacs
re-grow, along with a succeeding
family.

Jesus was a time keeper,
the division street of the calendar,
as if he had partitioned more than
believers and those whose doubt
is terminal, but also tribally-scored
maps and countries: Lebanon and
Israel, each at their green heart,
painted lines, frozen borders,
statues carved to embrace for
an eternity yet cemented into obstacles.

There was a bar in my nation’s capitol
that rose on the land submerged by
sand and brine, so it might serve all
comers: the salty, the pure, and those
who walked upon mud. Andre’s Loyal Opposition
it was called, and there I danced with
a Christian unschooled in such ecstatic devotions
as he was made to study his love, musical theater,
in a sectarian learning environment.  Yet he
carpeted me in his arms and we swayed and
listed as the planks of a ship might do
to remain dry; we were both hurtling
through divorces and I a demotion
at work, plus other assorted interpersonal
horrors. In that give and take,
four-four time,  I closed my eyes
to his shoulder and hoped to redeem myself
amid the lights cresting like dimes
without relinquishing my lack of faith,
my resolve and honor.

The summer the baby was born it was so hot
we could not find anything for ourselves
cold enough, as though we were living in
the enemy country of our antecedents.
I walked through the park half-dressed
because I forgot I had been nursing in
the humidity’s crunch; and it was essential
she be nourished to repel pathogens, and
other aspects of bad parenting she was fated
to confront, either by habit or environment.
We had an electronic bottle warmer but did
not take it out of the package, not because
of the heat, but because everything breaks:
Devices and tastes that break us, even babies
if one is careless, and we had waited so long
for our daughter, until we could afford her,
we could not risk it.  The heat made of everything
a blur, lack of sleep made for much custodial
terror, and we tried chilling glasses in the freezer,
overpopulated as it was, with bags of butter-colored
liquid for the new daughter. Like the chocolate
tits sold in the country of my supposed salvation,
but I didn’t want to raise her there, ever; I’d
keep her on a diet of strict vanilla. Through
every sip we expected a blossoming of our
special, special snowflake, while the baby would
grow on her own recognizance, far higher
than room temperature.

Both of my grandmothers were very smart. But only one was considered beautiful. Her eyes were gray bordering on green and she had a heart-shaped face. I looked like my other grandmother, who was certainly not ugly, but was described as popular. My grandmothers did a lot of filling in for my mother, who was going through her own drama as I was growing up. The beautiful grandmother tried to teach me about make-up and said I should go to college to find a husband. The popular grandmother taught me about soap operas and expected straight A’s on all occasions. The beautiful grandmother had taught herself to read English. She loved Styron’s Sophie’s Choice. The popular grandmother had a bad heart and was eventually bedridden. She was proud of the one year of college she completed despite her health. She read The Ladies Home Journal, and loved to get her hands on my math homework.

When my daughter was born, my mother was the only available grandmother, since my husband’s mother had died years earlier. My mother and daughter had nine years together. My mother called my daughter her “Hug-A-Bug,” and “someone new to love.” She described her as a baby as looking “like a question mark,” with her perfectly shaped head and small body. When my daughter graduated from elementary school, she said she wished her grandmother were there for the occasion. She complained I had more time with my grandmothers than she had with her one. I told her the complaint was justified.

I’ve had a strange relationship with beauty owning to a number of circumstances. I’ve coveted beauty. I’ve envied it, revered it, hated its tyranny, and worshipped its privileges. This fall, my daughter will start college as a chemistry major. She’s a master of cosmetics, beauty routines, creams and potions; loves comics and science fiction (especially The Martian book and movie); and like her mother, a lover of cats. She is named after both grandmothers, and looks like them and her father’s mother too. She is stunning. 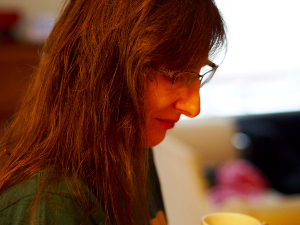 Jane Rosenberg LaForge lives and writes in New York City. She is the author of a memoir, a forthcoming novel and Daphne and Her Discontents, a full-length poetry collection from Ravenna Press. Her work has recently appeared in The Bookends Review and Silkworm. More at: jane-rosenberg-laforge.com .