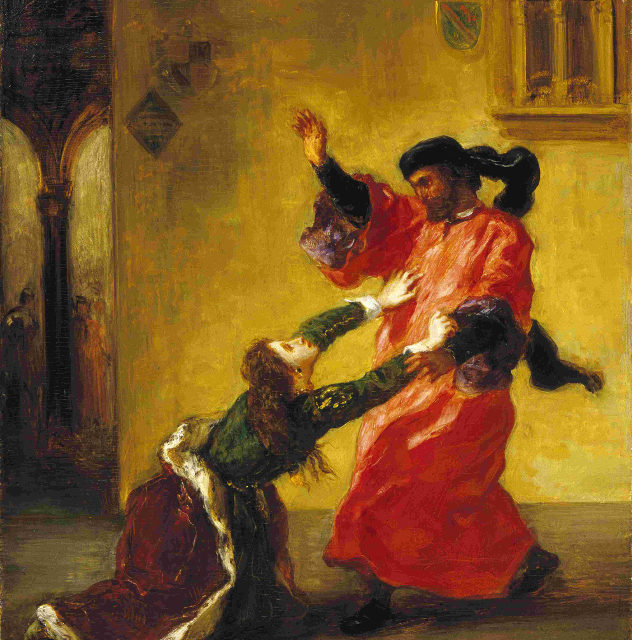 “Desdemona Cursed by Her Father”
after the painting by Eugène Delacroix

Not for the last time, love has let her down.
Her father’s dark face and his scarlet gown
betray his black suspicions and the passion
of his rage. She pleads with him, her face ashen,
but his right hand is raised—to strike? to curse?
What daughter could decide which would be worse?
In modest dress, in all humility,
she looks to him for something fatherly;
her hands, stretched toward his heart, clutch only folds
of fabric. Later, when Othello holds
her own heart, she’ll be powerless again
to make her case before a prince of men:
though faithful, she’ll die in her sleeping-gown.
Not for the first time, love will let her down.

By now most visitors have left, and ceded
this bridge to locals; we drive unimpeded
in both directions, happy to be done
with summer’s frantic pilgrims to the sun—
and yet the span unsettles me. It rises
along a modest pitch, but mesmerizes
and disconcerts me at this time of year.
As I approach, the apex seems too near,
the route across the water much too short,
so that I haven’t got the time to sort
uneasiness and awe and satisfaction,
my brain about to take in just a fraction
of bird’s-eye beauty as my lungs inhale
too little salty breeze. My eyes will fail
to fully grasp the blue above and blue
below, the red and orange that outdo
each other on the shore, the green of stoic
and sturdy pines, their constancy heroic
but humble. And I won’t quite understand
the sinuous geometry of land
affectionately nudged by water or
the physics of the delicate rapport
between steel beams and thin air. Though my wheels
grip asphalt firmly, I confess it feels
as if I might veer off into the sky
or fall into the water—learn to fly
or learn my limitations. I know some
who near this bridge are near their ends; they come
to jump, just past the sign that urges, “Call
Samaritans.” But I drive on, through all
I can and can’t absorb, what rattles me
and what makes this brief ride a partially
unopened gift. About two thousand feet
of pavement and the crossing is complete,
and every time, I reach the Cape before
I’ve thought of words for all I can’t explore.

Perennials endure, invisibly,
in winter beds as cold and hard as stone;
their slender shoots define tenacity
when April’s taunting takes a frosty tone.
At last, their colors flash, like ribbons won
for patience, and we’re moved to genuflect
and pull unholy weeds; meanwhile, the sun
anoints each blossom with white-hot respect.
Like mountain climbers who find summit rapture,
forever altering their lives below,
a garden scales the air, and gains no less:
the poppies, lilies, pinks, and daisies capture
attention, warmth, and light—and as they grow,
they store four seasons’ worth of hardiness. 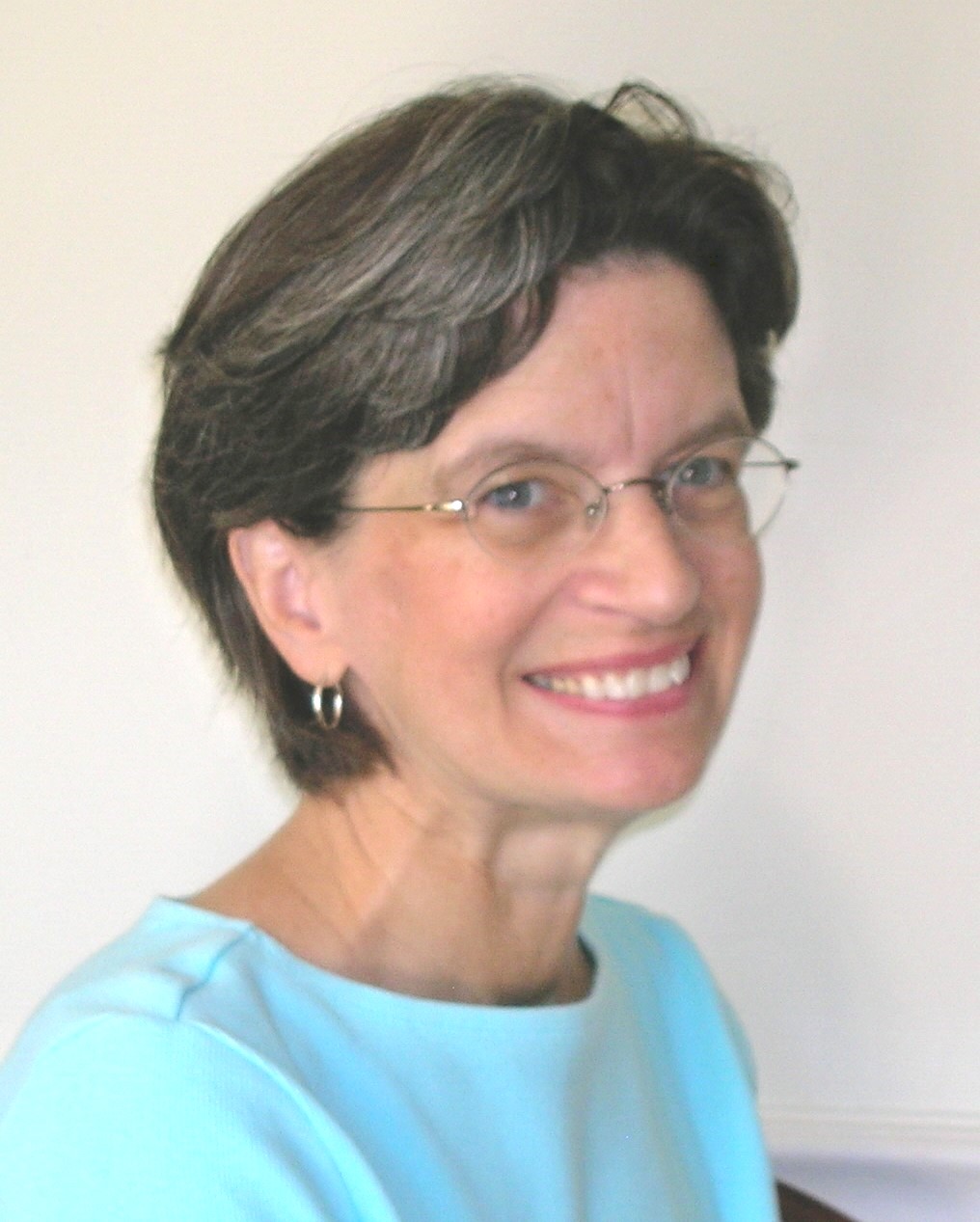 Jean L. Kreiling’s first collection of poems, The Truth in Dissonance, was published in 2014. Her work has appeared widely in print and online journals, including American Arts Quarterly, Angle, The Evansville Review, Measure, and Mezzo Cammin, and in several anthologies. Kreiling is a past winner of the Great Lakes Commonwealth of Letters Sonnet Contest, the String Poet Prize and the Able Muse Write Prize, and she has been a finalist for the Frost Farm Prize, the Howard Nemerov Sonnet Award, and the Richard Wilbur Poetry Award.