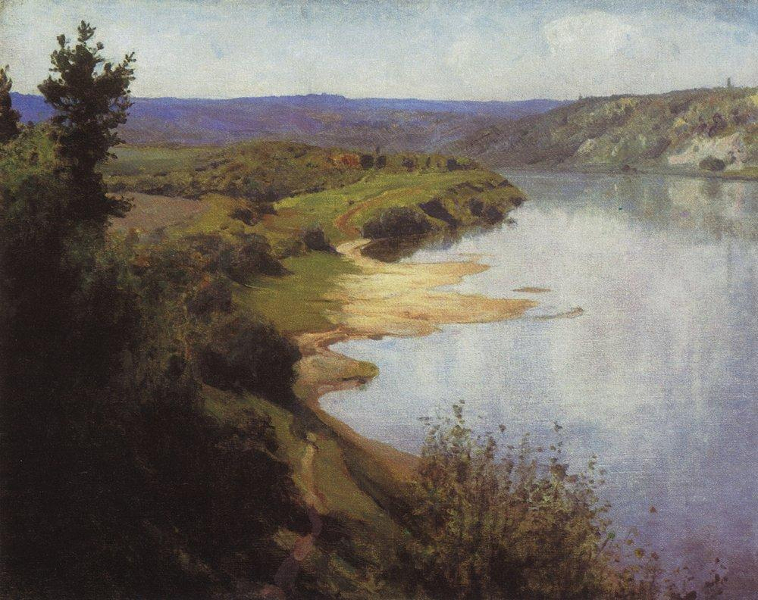 Zeb spent his summer days by the river under the leafy plume of an old poplar, his body sprawled like a lanky suspension bridge, moored between untied sneakers and a shaggy island of dust-brown hair.  He always brought a fishing pole, but never any bait, the fresh line dangling translucent as spider’s silk in the breeze.  He was going to catch something one day.  Something big.  He just had to be patient.

He was a dirty weed, according to his momma, eating all the food in the cupboards that could’ve gone to more deserving folk, getting bigger and more obvious around her house as his bony limbs grew long and a dusting of thistledown whiskers grew wild across his jaw.  He knew she was right, of course, and he never thought of it as an insult, despite what she might have intended.  To him, weeds grew quick and fast in the poorest, most parched conditions.  They may be uncultivated, but they survived, and he was a weed intent on thriving.

Every morning after breakfast, he left his momma grumbling over crumbs on her countertops while he headed down to the meandering river that stitched its way around the edge of their property, always accompanied by his fishing pole, an old army knife, and a few slices of bread for lunch.

During the mornings, the shade of the old poplar was sharp and cold, and he preferred to spend the early part of the day just outside of its reach.  He took to the surroundings.  Whatever blossomed overnight became ripe for his picking as he teased out honeysuckles, clover, and other wildflowers from between the bushes and rough waterside brambles.

Once satisfied with his gatherings, he unreeled a finger length of fishing line from his rod and severed it with a quick tug of his knife.  Stems, greenery, and blooms were bound together and, a few steps later, placed in the river’s cool muddy-blue grasp.  The little bouquet floated downstream, bobbing and twirling, caught in the current’s drunken dance.  The fishing pole was left stuck in the ground near the shore with his cowboy hat hanging on the slender tip.  Then, he made a small notch in the poplar tree’s trunk before stretching out under its warming shadow and spending the day’s remainder on passing dreams, skipped stones, and the occasional off-key whistle.

After twenty-three notches, the brim of his hat began to wear and the spool of fishing line in his rod began to look less plump and more spare.

On the day of notch thirty-six, while Zeb was having a particularly interesting dream about a periwinkle fox gnawing on a tail of dandelion fluff, something happened downstream.

A hand reached into the river.

Waterdrops dripped from slender hands as inquisitive eyes peered at the petals of golden yellows and tender purples made shiny by their journey in the water.  A finger traced the almost invisible loops of fishing line and paused in admiration at the careful knot that tied the long green stems to each other.  The person belonging to that finger poked her head up from the bushes and looked out along the river.  Further up the bank, a worn hat on a fishing pole could be seen swaying slow and lazy in the afternoon heat.  She tucked a strand of cornsilk hair behind her ear as she wondered.  Her hands pushed herself up, brushed the dust from her skirt, but it was curiosity that made her turn and take the first step upstream towards the scattered shadows of a tall old poplar tree.

Beauty comes in moments, when something seen or heard or felt has the power to expand the spaces between heartbeats, make the inhale or exhale of breath be forgotten.  Beauty lives in those pauses. There are no internal monologues, critical eyes, or external distractions.  In the end everything else is still. 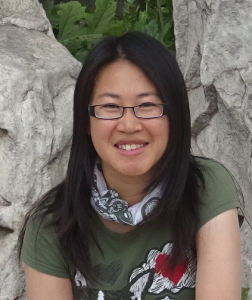 Jenny Wong spent the past decade in a downtown high-rise attempting to put her computer science degree to good use. She is now taking some time to focus on the things she loves most such as words, yoga poses, family, and travel. Her poetry and short stories have been published or will soon be published in The Quilliad, 3Elements Review, and Vallum.