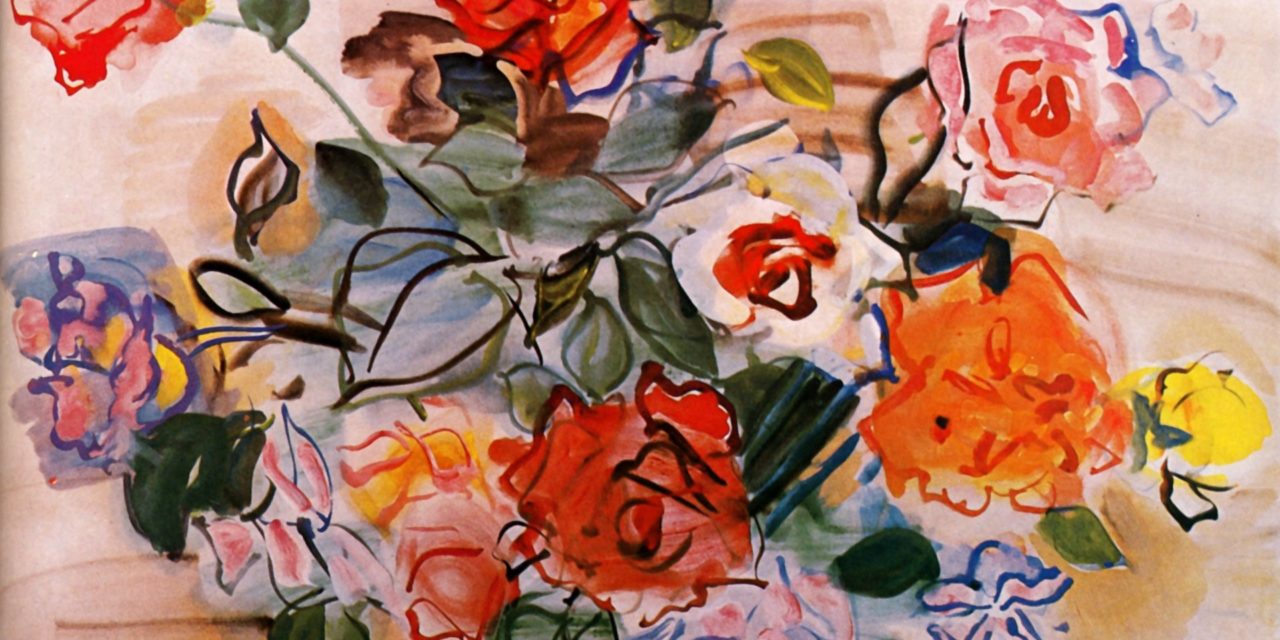 Deadhead the roses. Deadhead them at the base of the flower stem, also called the pedicel. Is there a more delicate term? From the latin for little foot.

Peter has roses he loves, like Helen Traubel, named after the opera singer, a fragrant, salmon-apricot hybrid tea. There is one he hates, the Fairy Rose. Too prolific. Blooms constantly in vapid pink. It does not need his care.

He goes into town to buy fertilizer. “I’ll be back in an hour,” he calls out to Siegmund, his bloodhound. Siegmund is only five but already doesn’t get excited about much, and he is just now sleeping under the crepe myrtle. He opens one eye and gives the tail a two-swipe wag before he closes his lids again. Siegmund is not named after the great Freud. He is named after the character in a Wagner opera who falls in love with his estranged twin sister Sieglinde.

Peter has all this information (about Helen Traubel and the roles she sang, about Wagner and his genius and his contrivances and the heroics of his sociopathic characters) in his head as he puts the car in gear, but doesn’t really use any of this now, it is not on the surface. Nevertheless, it informs who he is, how he relates to the world, how he intones hello to the cashier at the plant nursery when he walks in. The ravishment of music has infiltrated his psyche, and results in his inability to resist a new rosebush he sees as he browses, incandescent in lavender and violet. “Oh!” He kneels to smell it. “Oh.”

He hears a snicker that makes him look and see a big man with a red beard, in shorts and a wife-beater, and he realizes he has been too exuberant and called attention to himself and become a candidate for ridicule. Blushing, he stands and pretends he doesn’t see the man now. He is ready to move down the aisle, but the man’s wife, in stretched lime-green pants, smiles, walks past the husband and says to Peter, “That color’s really something, isn’t it?” She walks away, her honey curls catching the sun.

Emboldened by the woman’s validation, Peter looks at the man now. “Your wife and I are on the same side. She understands me,” he wants to say. And he’s ready to smile at the bully, a peace offering, a vote of trust in civilized behavior. Instead, he notices the man’s feet. They are in sandals and they are tiny, as if transplanted from a schoolboy. He cannot suppress a smile, although he does not mean to ridicule the man, even internally, with the unspoken dictum that little feet implies a deficit in anatomy that may be of importance to the wife. Peter is not a mocking person. So he is surprised at his own cruelty with this man, who is suddenly a hapless boor.

The man nods at Peter now as he moves down the aisle between the roses after his wife.

At the cash register, Peter notices a young couple standing in line behind him. They have a cartful of annuals. “Excuse me,” the man says. He is classically handsome, with wavy brown hair and a straight nose. “What is the name of the rose?” The pretty young woman has her large blue eyes wide open, ready for Peter’s answer. She is smiling shyly. The husband is doing the asking for her, Peter thinks. How sweet.

“It’s really beautiful,” the man says, and the young woman nods. “Maybe we should also get some roses for Mom,” he says to her.

He loads the new rose along with the fertilizer into the trunk of the car. He knows exactly where in the garden it will go. He’s been meaning to get rid of that raucous Fairy Rose a long time.

Have you, like me, ever been stopped in your tracks by something or someone beautiful? If it’s a person, I’ll steal a second or third glance at him or her, amazed that this specimen of our species can be so arresting, can so impact on me just because of their bone structure, their stance. Or perhaps it is a car, be it an ancient Studebaker or a shiny new Corvette, or a Mies van der Rohe building, and then I am free to just look and look, bewitched, charmed, happy.

Then there is the beauty that is not as easily accessible, which reveals itself gradually, with familiarity, and we say that this is beauty of spirit. It is perhaps more enduring, more endearing. It is the beauty of a beloved family member, or of a noble public servant. And oh, when they’re gone, what a painful chasm they leave, we have. 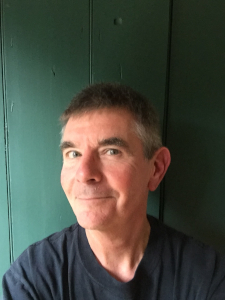 José Sotolongo was born in Cuba. His fiction and poetry have appeared in several publications, including Atticus Review, Leafland, Litro, Flash Fiction, and Blue Fifth Review. His first novel will be out in 2019. He lives with his husband in the Catskills of New York, where he is working on a short story collection.