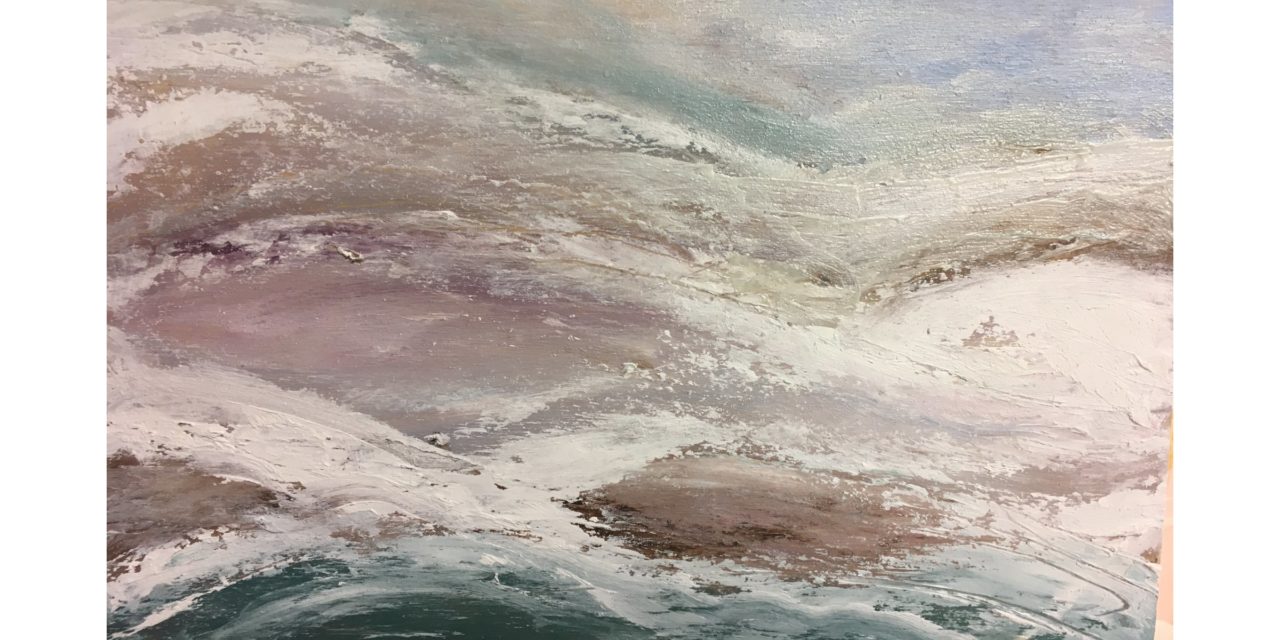 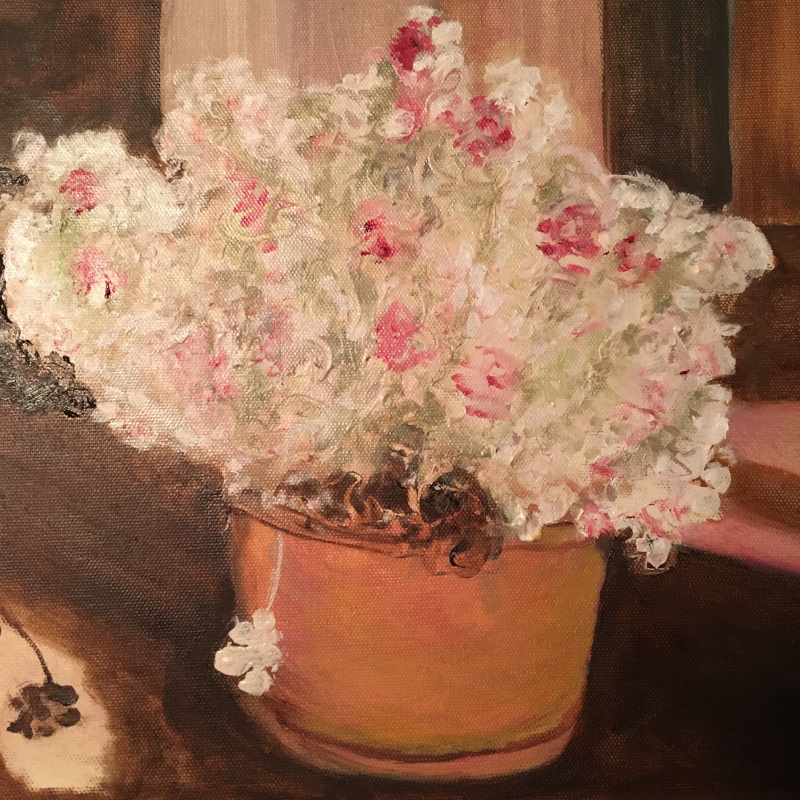 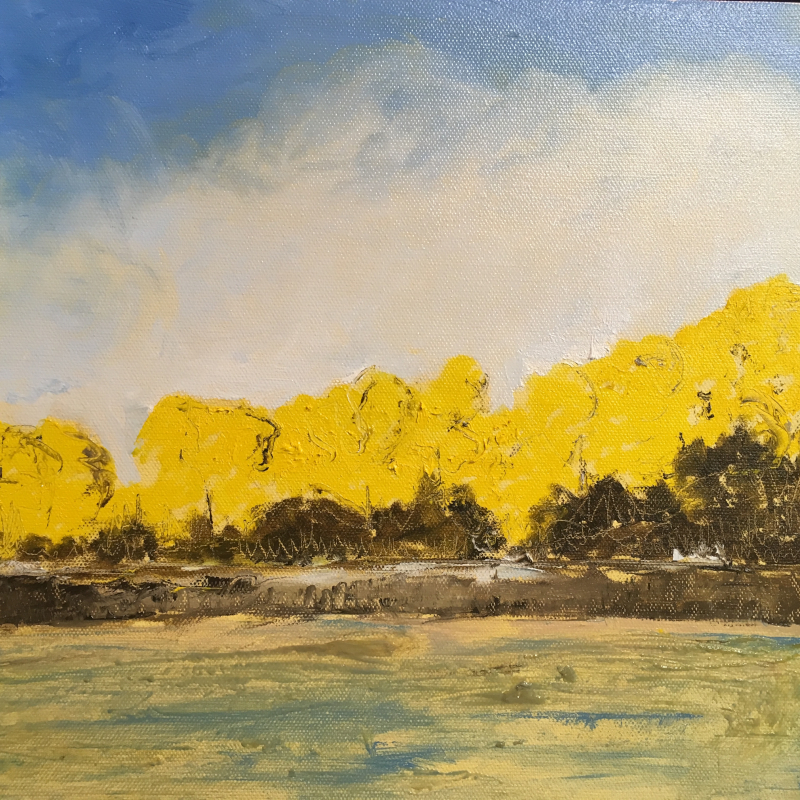 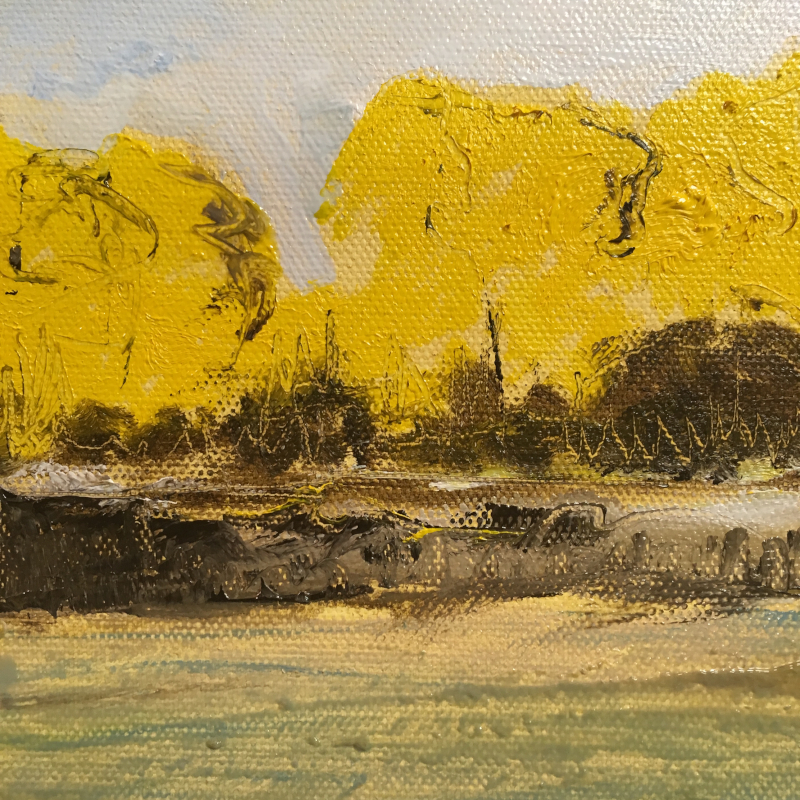 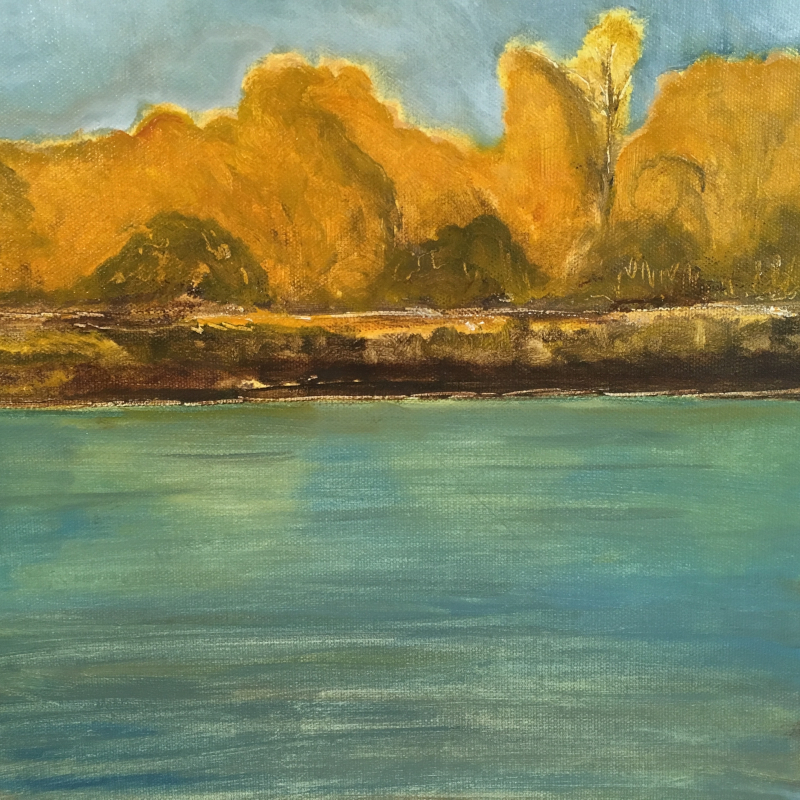 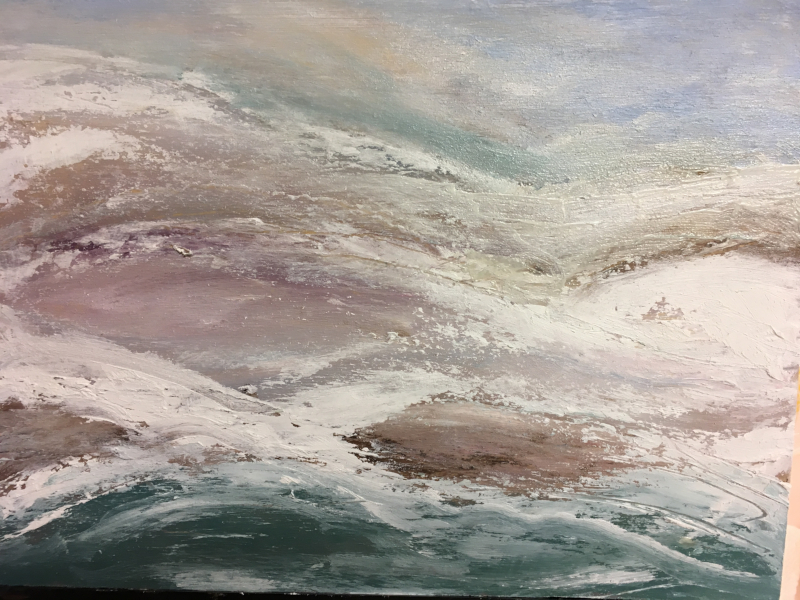 Lately beauty has seemed more difficult to define. Perhaps that’s because our cities have removed us from the natural world and created artifice to remind us of what we lack. Driving I90 from the Eastside of Seattle to Issaquah, for instance,  one passes between cement walls on which fish have been generically rendered. These salmon appear to jump, as if to prompt the viewer into feeling soothed by rivers, lakes, and streams.  But in our concrete jungle actually getting to the unspoiled forests over the pass has become more difficult, with an exodus out of the city every Friday afternoon, and the return on Sunday evening. More often than not, it takes hours to cover ground that once took just a fraction of that time.

The paintings “Yakima River in October I & II” attempt to capture this fleeting sense of the pastoral. The water runs clear; the trees are turning golden, but just on the other side lies the freeway with its incessant roar. Sight is precious. The nuances provided by a glimpse of what seems already nostalgic—a river running between banks, a sky whitened by clouds rather than smoke—these are gifts. Wherever shape, color, and form combine to please the eye, there is pleasure. We may have to go farther and look harder, but when that which is pleasing comes into view it’s almost always minimalist. There is nothing  gaudy about water, whether it turns to foam, runs as currents over stones, or reflects a sky of ineffable color.

Light and shadow are also integral to any aesthetic. In “Flower Pot,” one white flower hangs down over the clay pot. The light source happens to shine on this particular set of petals and create a dark version of same. This kind of mimesis is present in nature and in the ways we bring the organic world into our houses. One could say that “the sun is God,” to quote Anita Brookner in her book Misalliance. Ancient and contemporary religion has worshipped the sun. Without our star, how would we inhabit bodies of rich sensory perception with which to perceive, even partially, the faint and intermittent signals lumped together under the term “beauty”? From the darkness of our ordinary, often dreary and difficult lives, these signals—if we pause long enough from “information—can become art. These glimpses into the organic whole may even glimmer. 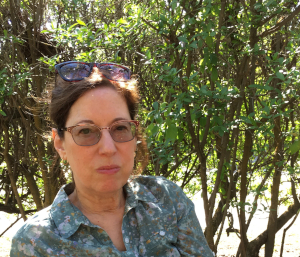 Judith Skillman is a poet and painter. Her art has appeared in Raven Chronicles, Cirque, The Penn Review, PacificReview, and Abstract: Contemporary Expressions. More at: http://www.jkpaintings.com