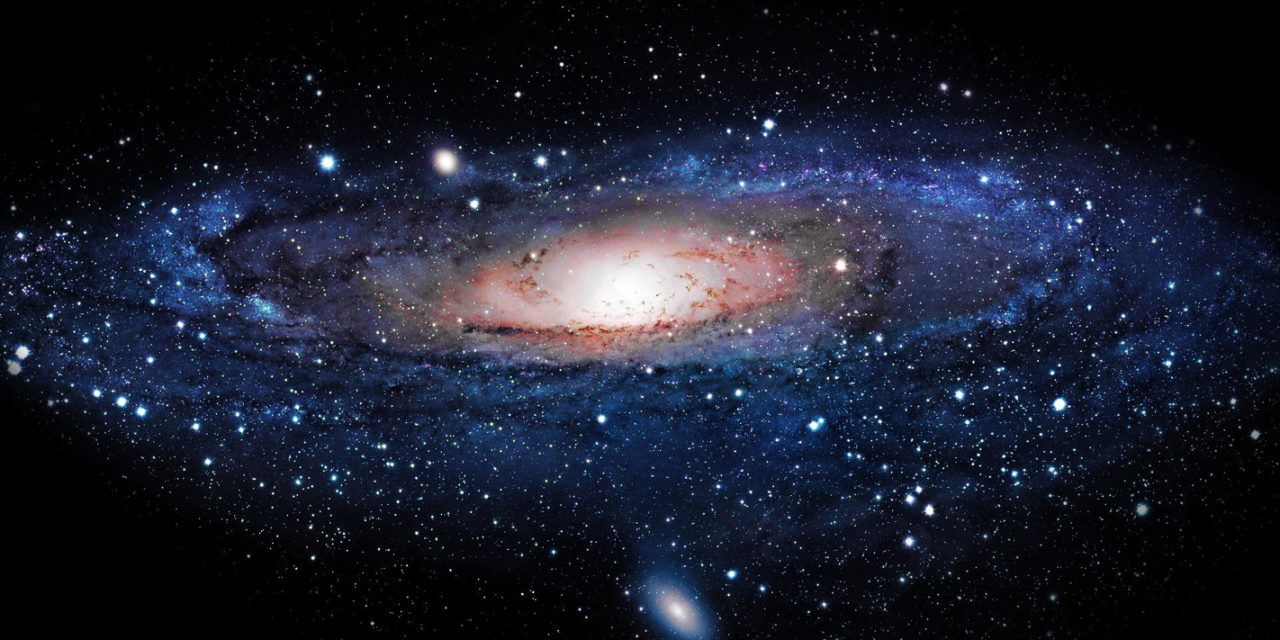 Eight hundred years: that’s how long it took to design and develop the space ark. It would hold a thousand people, chosen by lottery. Some thought we should have bred a generation of geniuses specifically for this purpose, but others of us felt that was rather Fascistic. Surprisingly, most older people—and the majority demographic was old—did not want to go. They preferred to die with Earth. It was home, after all. Of course, they also wanted us to take their children and grandchildren but we had to stick to the rules of the lottery. Thank goodness children were allowed to enter the lottery at the age of ten; the trip would have been heartbreaking without them. They kept our spirits up, those kids.

Those of us who boarded the ark would later wonder if we had made the right choice.

We located our destination some decades in advance. Climate and geography seemed manageable, earthlike seasons existed, water and air were abundant. Were there aliens on Aegea? (Somewhere along the line someone had come up with that name and it stuck, presumably because of its bountiful bodies of water.) That, of course, was a secondary question, considering our situation.

The space ark ran on dark energy. Literally, as we had set the ark on a path of dark energy, which meant we could travel at ninety percent of the speed of light (we whipped through the geosynchronous orbits in about a second and a half, or so it seemed). Also, we had evolved from human to robohuman, and that made some things easier for us. Our knees did not wear out. Internal computers kept tabs on and sustained our hearts. 3-D printouts could fix almost anything, including our internal computers.

There were, as it turned out, aliens. They surrounded the ark. They were remarkably tall (ten feet? nine and a half?), broad-shouldered, with dark rings around their eyes, like raccoons. Bandit eyes, we say about raccoons. The rings were not from lack of sleep. They were not masks, not face paint. Actual fur.

If we played basketball with them, we would, obviously, lose.

We had not been so foolish as not to bring weapons of our own, though we’d hoped any aliens would be friendly. We had no idea how many they were, whether there were aliens elsewhere on Aegea, whether all the aliens on Aegea wielded spears, whether there were tribes or nations and, if so, whether some of them would grasp our plight and come to our rescue. Our weapons included nuclear warheads and long-range missiles, but we had come here to live, not to die as a result of our own drastic technology.

An Aegean even taller than the others stabbed his spearpoint into the ground, indicating that he wished to talk. We let down the steps and opened the door to the ark.

What came out of his mouth was a sound like a radio playing in the distance, yet every one of us could hear it. Or maybe it was more like the plaint of a mourning dove. Or the call of a loon. In fact, it seemed to be all of those things, and also like the hum of a hummingbird, or the singing dog of New Guinea.

What it was not was angry, ferocious, bloodlustful. So why the spears? And why were they licking their lips? Yes, they had lips.
And yet the melancholy music that issued from his throat suggested the alien was closer to death than we were. There was a vague hint of a rattle in his throat, and we knew he needed help. Maybe the other aliens didn’t—we couldn’t hear them from where they were — but we knew this particular alien was close to death. Could we help him? The ship’s captain did not step outside the ark but waited for the sick alien to negotiate the flight stairs. Several of us got up from our seats so he could lie down on them. There were three seats in each row, and his legs stretched across the aisle onto a fourth. There were several doctors on board to examine the creature.

Their examination took a while. We figured they were, in a way, trying to translate his body into our language. A breakthrough came when they determined that his voice, so various and complex, was not only his voice: it was the voice of all the aliens. Each alien was linked to every other alien, sort of as if there were a network of aliens, interconnected and integrated. Then we thought, Are the other aliens also dying? We looked outside again. And they were. They were dying. And they’d sunk all the spears into the ground, like the first one. They had never thought to kill and eat us; they came to us for help.

We wanted to help them. Of course we did.

Though we also wanted to find out what was destroying them in case it tried to destroy us.

The diagnosis our doctors developed? That the aliens were dying of thirst.

How could that be, with all the water on Aegea? Well, of course much of that water was salt water. But that wasn’t the only reason, though it explained why the aliens were licking their lips.

Something else had got into the water. A slimy little bacterium in the shape of a rod.

No way we would we not have brought antibiotics!

The doctors tested various antibiotics on our dying alien. He grew paler and thinner at first, his bandit eyes taking up most of his face, but when the doctors injected him with linezolid the rattle stopped and some color came back. (He was not green, he’d never been green; his skin was like ours, a light brown, and presumably the aliens didn’t have to shave and didn’t grow fur on their chins, but we didn’t know for sure.) We knew he was improving.

A few hours later—it was now night, a night like the inside of a black boot buried in a deep cave miles below the water, a night too dark to allow for a single step unless one already knew the way, which we did not—he was able to sit up. We wondered if the aliens outside the ark were also able to sit up, but we had to wait till daylight to find out.

They were indeed sitting up, all of them. A contingent came to the bottom of the steps to the ark. Our captain opened the door. They thanked us. The alien still lying across the aisle told us that. He stood, or tried to, but he was forced to stoop slightly. Then we saw the most wonderful thing: he smiled. We smiled back. All the aliens outside the ship smiled.

It is a glorious thing to find friends in a foreign place, on a foreign planet. We had not expected that. Soon the aliens—they called themselves a name we translated as “born-here”—offered to show us around. Not all at once; two aliens would take ten people to a cavern, a lake, a city. We went to museums, churches, schools and universities.

They took us shopping. They told us some of their history.

They had always been interconnected, they told us. They had always shared their thoughts with one another. Nothing was hidden, nothing mysterious. At first we found this marvelous: no one held subversive opinions or dangerous desires; no one could plan a mass shooting without everybody else knowing about it. Crime stopped before it began. As we listened to them, we remembered our own history on earth with profound sadness.

On the ark, flight attendants handed out meals. Through the windows we could see sunlight melting into the colors of fruit: citron, blueberry, peach, orange, raspberry, cherry, and plum. Then we became aware that all of us were observing the same thing. The same colors. The same melting.

It was as if we were melting into one another.

We sat up straight. We were alert. We were frightened.

Just as there could be no individuality among the aliens, there would no longer be anyone among us who would write a transcendent symphony, paint a surprising painting, sculpt the remarkable sculpture, sing a song as beautiful as Schubert’s songs, write a poem or book that would change hearts and minds.

We stared straight ahead, not looking at one another, because if we did we would be ashamed. And we would see that shame reflected on every face. Hadn’t we thought we were unique? Hadn’t we thought that even if we ourselves were nothing special there were those who were and they would compensate for our failures? Hadn’t we believed in greatness, in originality, in authenticity? In what was discrete and distinctive? Now—

We were, to say the least, disheartened. Maybe we would adapt to new measures, but it wouldn’t be easy. It was definitely not going to be easy. 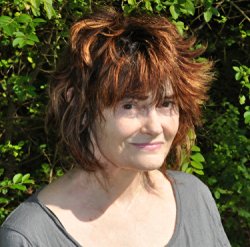 Kelly Cherry did graduate work in philosophy at the University of Virginia and earned an MFA from the University of North Carolina at Greensboro. Cherry is the author of more than 20 books and chapbooks of writing. Her collections of poetry include Songs for a Soviet Composer (1980), God’s Loud Hand (1993), Death and Transfiguration (1997), Rising Venus (2002), Hazard and Prospect: New and Selected Poems (2007), and The Retreats of Thought: Poems (2009). Her works of fiction include Sick and Full of Burning (1974); In the Wink of an Eye (1983); The Society of Friends(1999), which won the Dictionary of Literary Biography Award for Short Fiction; We Can Still Be Friends (2003); and The Woman Who (2010). An accomplished writer of nonfiction, Cherry has also published memoirs, including The Exiled Heart (1991), and essay collections, such as Girl in a Library: On Women Writers & the Writing Life(2009). She has also published two translations of ancient Greek drama. The recipient of numerous honors and awards, Cherry was named the poet laureate of Virginia in 2010. She has received fellowships from the Rockefeller Foundation, the National Endowment for the Arts, the Ragdale Foundation, and Yaddo. She taught at the University of Wisconsin–Madison for more than 20 years.  She lives on a small farm in Virginia with her husband, the fiction writer Burke Davis III.