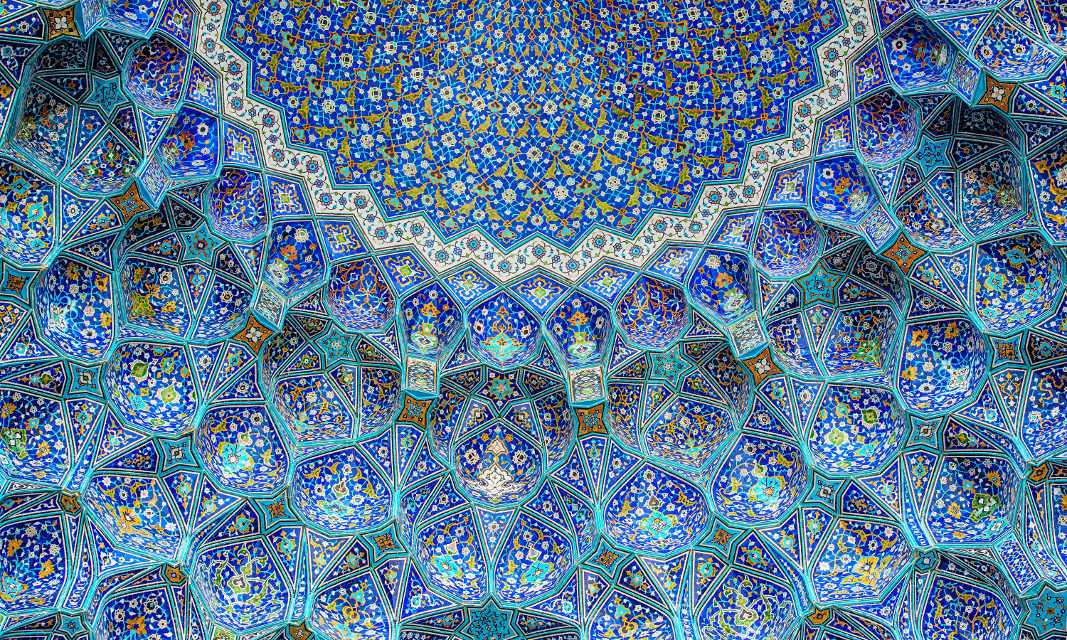 Light slipping over the earth’s lip.
Isn’t that what you wanted to paint?
Like the day you saw dying on the side of a road.

What could you do but slow and pull over, roll
down the glass, rest your arm on the car door,
look and listen to the dark body of the forest,

the empty road shouldered by short grass,
the trees in green flounce in the foreground,
their conical verticality unbent by wind.

But the gray cirrus tongues lengthening in the distance—
Did the trees seem then as singing
of the coming of rain and night?

Today your vision hangs on a museum wall
too close to the loud river of Sunday crowds.
Like a rock in the rapids

I am fixed on it,
deaf to roar and rush,
dreaming of trees.

Blue silt washes the city at sundown.
Wind twitches in the olive trees.

A man rests his shoes beside a door.
On a balcony, a woman pours tea over mint leaves.

But I am the open-mouthed sky, roaring
over the mountains, searching for you.

How bitter the stars taste tonight.
The moon is a cup of salt.

Love Song to a River

River of rivers, Missouri,
blue courier across the plains,
racing to that Other River
receiving you at St. Louis.

River of aboriginal bones and flat boats,
fur traders, and chains of fugitive slaves,
you wash the feet of cities where you
slope southward to the Gulf.

Sunflowers, too, greet you passing,
trailing your spangled tributaries
like a chief’s plumed crown.

Mornings when I watched him climb
the steps of the gray and white No. 20,
on his way to work, hoisting his bent body
to the fare box, the door cranking closed,
wheels cutting away from the curb, I knew
my father’d come home the same way he left,
and he’d kiss my cheek and the top of my head.
The place in the mind I named the Past
was built from his goings and comings.
Later, when my own knees buckled
on stairs or from a bump in the sidewalk,
I’d see him, hear his voice call out, ¡Hija!
My bones clacking like coins down the chute,
my heart racing for no reason I could name.

Out of the ceaseless day and night,
a message comes.

Monotonous light
in the room where you have
worked too long suddenly shifts.

What was gray
vibrates blue and gold, like your life
which is turning now,

Suddenly you know
what was ripening in the darkness is
about to break the husk.

Poetry is a way of speaking directly to the world. It is perhaps the most basic of the arts, as it comes out of the heart of the poet’s experience. Poetry enables the inner life of the artist to be transferred to and shared with the greater world. The shared object is the poem itself. There is no other thing than the poem. A beautiful poem is, per se, an aesthetic creation, the intentional, formal work of a person who has learned to deploy words artfully—that is, with skill and ingenuity—in service to some truth of the poet’s and the world’s experience. A beautiful poem is well-made formal object.

What does all of this mean? A well-made poem is a work of art marked by muscularity, musicality, and mystery. Muscularity, for me, is sensuous imagery powerfully and deftly deployed. As well, it includes compression and concision of lines and stanzas. Musicality is perhaps more obviously the soundscape of the poem, the  poem’s aural patterns. Sound in a poem serves to stir emotion and stimulate the imagination, just as in music.  Mystery, poetry’s occult heart, is the poem’s indispensable “double vision,” or seeing out of the corner of the eye the paradox, ambiguity, fragility—and, yes, the beauty and horror—of the human condition distilled from the poet’s movement through life. 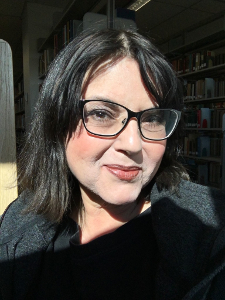 Maria Rouphail is the author of the chapbook, Apertures, a 2012 finalist in Finishing Line Press’s ‘New Women’s Voices’ competition. Second Skin, her second collection of poems, was published in the Fall of 2015, by Main Street Rag. Her poem, ‘Crater at Popocatepetl,’ won Honorable Mention in the 2016 Randall Jarrell Poetry Competition. Her poem, “It’s OK to Say These Things” has been anthologized in Red Sky (Sable Books, 2016). The Poet Laureate of North Carolina has judged her poem, “Annunciation,” a finalist in the NCPS Poet Laureate Competition for 2017. Her work has appeared in the proceedings of the Nazim Hikmet Poetry festival, as well as in Main Street Rag, International Poetry Review, and Wild Goose Poetry Review. She is currently at work on her third poetry collection.