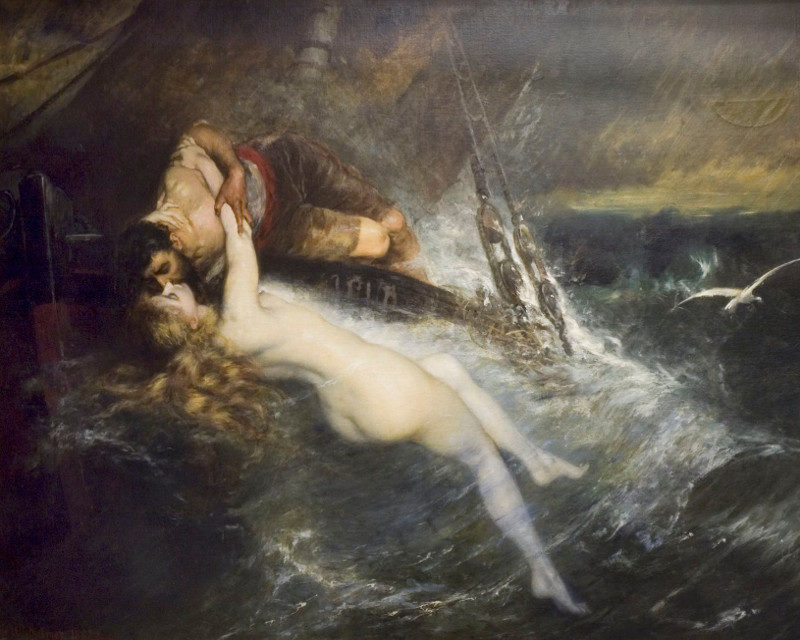 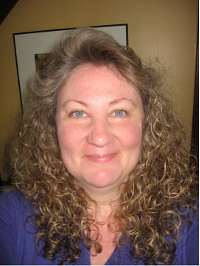 …..She was rain.
…..She fell thick and fast, pounding the floor like a Greek chorus.
…..She tapped and tapped at the window, shattering glass before she pooled together, sang and pushed through to drowning.
…..The room only added to her thirst, and being the changeling she was, she shed her weight, masked herself as mist.
…..Before she disappeared, she pressed mist into fog, losing herself in loss, hearing, still, the tin drum that silenced itself.
…..Then they came for her, lifted her, rolled her down the narrow hallway to birth the child that would not be.

When the mermaids sing, pigs float to the surface. Yes, they should sink, but the song buoys them, and there they bob on their backs, pink noses sniffing the air, making a meal of those notes. In the past, men complained, called mermaids the sirens that forced them from their wives, bewitching them to follow sequin-skinned beauties with long, kelp-curled hair. They’re wrong. Song can’t curse you into drowning. It releases what’s been too long submerged, too long tethered to the jagged rock. Look at those pigs, an army rolling on quiet waves, moving farther and farther out to sea, their tails uncoiling, their eyes, for the first time, on the clouds.

There is a place in every kitchen to hide the lithium. Among the dust clouds of flour in the five-pound tin. At the back of the junk drawer with all the keys who’ve lost their locks. Under an overturned teacup, one that had the shakes and needed your assistance. Unlike insulin, it shouldn’t be kept with the butter sticks in the molded compartment on the refrigerator door, but someplace cool and dark where it can squirm endlessly in its bottle, ready to disarm you, coax you into buzzing a carbide tip capable of cutting glass, a perfect circle removed with a suction cup. And through that perfect circle of glass, the one you become once you take lithium, you see, finally, a puff of sun, not yet a full expanse of cerulean sky or your favorite stand of backyard maples, burgeoning their chartreuse cigars while you recline, a caterpillar propped up on its seventeen elbows blowing smoke rings. No, not quite there yet, but that breath of sun is rising to its zenith, having lost all its apathy in an airplane’s contrails, and you can’t help but notice your morning K-cup of Jet suddenly tastes deeper and richer than it was meant to be, like you were meant to be, if only you could find the spot in the kitchen where you hid your lithium, protecting it from kids and cats, protecting it from the self you used to be.

Marybeth Rua-Larsen lives on the south coast of Massachusetts. Recent poems and flash fiction have appeared in American Arts Quarterly, Angle, Cleaver, Measure, Literary Orphans, Unsplendid, and The Cape Cod Poetry Review. She won the 2011 Over the Edge New Writer of the Year Competition in Poetry in Galway, Ireland, and the 2016 Parent-Writer Fellowship in Poetry at the Martha’s Vineyard Institute of Creative Writing. Her chapbook Nothing In-Between is available from Barefoot Muse Press. More at: mrualarsen.weebly.com.