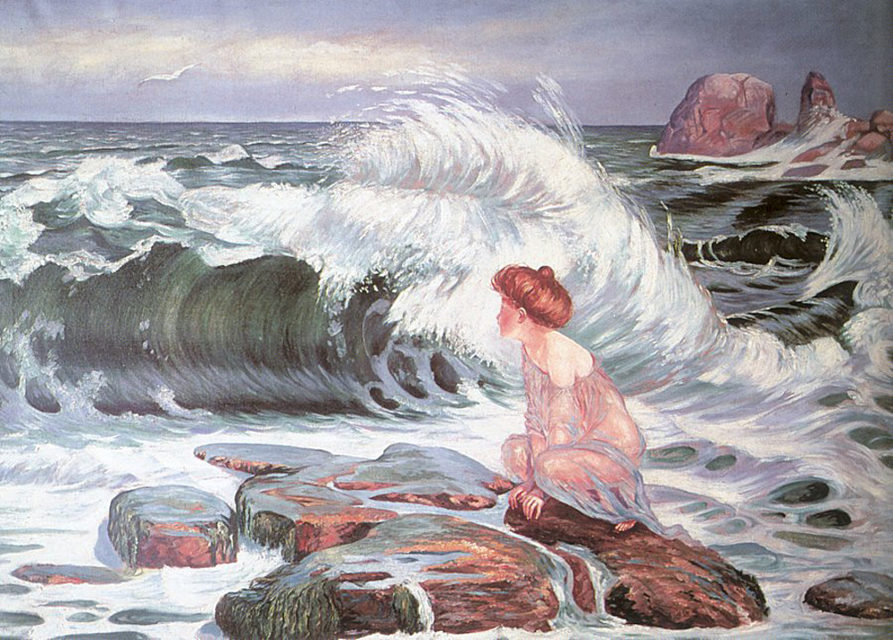 Corinne opened the door, but the person standing there was not a policeman to announce her brother had been found; the person at the door was not her brother, come home at last. It was not one of her brother’s friends to tell her they saw him, they knew where he was, and it was not another neighbor stopping by to check on her and later call her parents to tell them she wasn’t in school again. It was no one. It was the mail woman with a package that needed to be signed for, just her dad’s medications he bought in bulk from a mail service: eye drops for his glaucoma, pills for his cholesterol, and other pills to thin his blood, to keep it from clotting and his heart from stopping. The meds were always delivered in the same Styrofoam box covered in brown paper, every three months. The label on the return address gave it away: CVS Caremark. One of those packages had been delivered on the same day Joe had disappeared. This was the second time one of these packages had been delivered since then.

Corinne signed for it and closed the door. The silence and spaces of the house gathered around her as usual, so thick sometimes she had trouble breathing. Had it really been so long? Why wouldn’t he come home?

Her parents had gone to work because they had to, they said. “We still have to pay the mortgage,” her dad said. “He’d want us to keep living,” her mom said. As if he were definitively dead. As if he weren’t just doing this for attention. He was always doing things for attention. She wished she had let him hog all the attention and affection. She would give all her moments of their parents’ laughter and love to him completely if he would just come back, she thought. Though a little part of her suspected that wasn’t true. She hated that part of herself. She hated her parents for giving up. The police were the only ones still searching, but not really. They weren’t spending every day looking in every neighborhood, every house, every tree in the woods by the river, anymore; they had only searched hard for a few weeks. They had even stopped looking in the river. They said they found a shoe. Her mom said it was Joe’s. She said it in a voice Corinne didn’t recognize, as though she’d become someone else. They said he probably fell in the Raritan River and drowned; they said his body would probably end up in the ocean, eventually, “maybe wash up in the bay or on a beach, one of these days.” She’d heard her mother cry before, but not her father. Not in all her fifteen years. His crying terrified her. She hid in Joe’s room that night, slept on his bed with his stuffed camel in her arms. She’d called the camel Nerd because it wore a pair of plastic glasses on its eyes, perched on its big nose; Joe had liked the name even though at first he didn’t quite understand what it meant.

One of Corinne’s friends said his body would wash up somewhere soon: “What’s left of him, anyway, my mom said.” Corinne hung up on her. She wouldn’t talk to anyone on the phone anymore.

Someone created a website. Someone hung flyers on telephone poles and trees around town; some stores hung them in their windows or on their doors. But he was still missing. After awhile, the flyers disappeared. The website was still there when she clicked on it, but no one had put anything on it in weeks: not even any comments. They’ve all given up on him, she thought. But she wouldn’t. Sometimes she copied the flyers on her dad’s printer and left the house just long enough to post them in places where the neighbors could see them. So they wouldn’t forget. So they would keep looking. She wanted him back. She wished she had paid more attention to where he was that day. He’d been playing in the yard with the dog. The dog disappeared, too. She didn’t understand how they could both have fallen in the river. She had been in her room texting a friend on her cell phone. Her mom had been working on her computer in the room they called The Office. She and Joe weren’t allowed inside there. Their parents worked on stuff in there and had books, files, papers all over the floor and desk.

Corinne didn’t understand why the whole world didn’t just stop for everyone. Hers was on pause. She refused to click the ‘play’arrow. That’s what she thought everyone else had done. They had hit ‘play’ and gone on again. She wouldn’t do it, she told them all. She wouldn’t go back to school; she wouldn’t go back to band practice; she wouldn’t go to church. Not till he came back. She was sure he would. He was doing this on purpose; she was sure of it. He’d get lonely without them all. She was going to wait here, in the house, in case he came back. Someone had to be here to open the door for him. What if he came home and the door was locked? “You have to go to school,” her mom said.”It will help you feel better, I promise,” she said.

“No,” Corinne said. She locked her bedroom door so they couldn’t try to make her go in the morning. Sometimes they knocked or even banged on the door and yelled at her, but then they went away. The school sent a counselor to see her. Corinne wouldn’t talk to him. But she took the books and piles of homework he gave her. Most of it was still stacked on her bedroom desk next to her laptop and cell phone, which she never turned on, either. She didn’t want to talk to anyone on Facebook or Twitter. Her friends didn’t understand, either. They thought she was using Joe’s disappearance to get out of school. To get attention. They wanted her to get over it and move on. She hated them all.

In her bedroom, she curled up on her bed, which felt too small, hard, and cold. By now her classmates would have dissected those horrible frogs Mr. Menlichnicht made them cut open. She had actually kind of looked forward to that, but she was sure the smell of it all would have made her sick. Anyway, she didn’t want to know what something dead looked like. She wrapped the quilt around herself like a shroud around a mummy. Her biology textbook lay on the floor, face down, open to the chapter on the heart: what it looks like, how it works. One thing Corinne still wanted to know was how a heart works, or doesn’t. Because sometimes it just shouldn’t keep working, she thought. It hurts when it works. Sometimes you need it to just stop beating for awhile, or at least slow down enough so you, too, could disappear. How does a heart keep beating no matter what? That didn’t seem fair.

She went on lying there, listening for the doorbell to ring again. Eventually, it did. It was their next-door neighbor, Mrs. Libnowski, checking on her. “How are you doing Cory?” she asked. Corinne hated that nickname. Joe called her that. He was the only one she allowed to call her that. But she grimaced and said, “I’m fine, Mrs. L,” she said, spitefully giving her a nickname, too.

“Of course you are, dear, but your mom asked me to check on you,” Mrs. L. said. “Why don’t you put on some clothes instead of those pajamas, and maybe we can go over the homework the school sent you?”

Corinne didn’t know how to get rid of her. She refused to get dressed, but she grudgingly got her books and the notepad with the assignments and sat down at the table, letting Mrs. L. read the assignment out loud to her, as if she were just a little kid, while she pretended to read the novel she was supposed to write a paper on. Heart of Darkness. Mrs. L. left, finally. Corinne heard her call her mother: “Hello Jane, I’m just leaving your house now. She did some of her homework, at least…” She closed the door behind her; Corinne couldn’t hear the rest of that conversation. She read the first chapter of the book for real. It sounded almost interesting. She kept reading. About a half hour later she realized she hadn’t thought of anything else but the story. She almost didn’t mind. She wanted to know what happened next. She let herself escape into the story again for just a little while longer.

Beauty has taken on a whole new meaning for me now. I see beauty in groups of women marching en masse in Washington, D.C., peacefully, passionately, wearing pink ‘Pussy Hats,’ while waving witty signs. Beauty is being able to breathe the still unpolluted air, before the EPA is completely gutted, on a walk through a National Park that hasn’t yet been closed or sold to a corporation for drilling rights, knowing this is perhaps a fleeting pleasure. Beauty is watching several teenagers walking along the beach of my parents’ South Jersey hometown, picking up trash and bagging it, voluntarily, as a school project. Beauty is the sight of the sunlight glinting off the waves’ surface, knowing this particular stretch of ocean and shoreline are still fairly clean, for now, for awhile, and being grateful for what I have been given, even if future generations may not be able to enjoy all this, too, because of terrible decisions other people made that I can’t do anything about. Beauty is being able to relax and breathe the sea air, to not think about bombs dropping on other people, to not be angry for awhile. To just be. And be grateful for that. 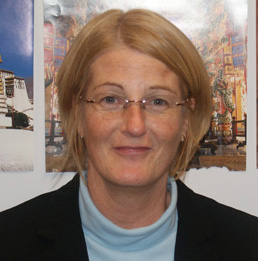 Pat Hanahoe-Dosch’s collection of poetry, Fleeing Back, was published by FutureCycle Press in the summer of 2012. Her second collection, The Wrack Line, will be published by FutureCycle Press in June 2017. Her educational background includes an MFA from the University of Arizona in Tucson, Arizona, and she is currently a Professor of English at Harrisburg Area Community College, Lancaster campus. Her poems have been published in Rattle, The Paterson Literary Review, as well as The Atticus Review, War, Art and Literature, Confrontation, among others. More at: pathanahoedosch.blogspot.com.