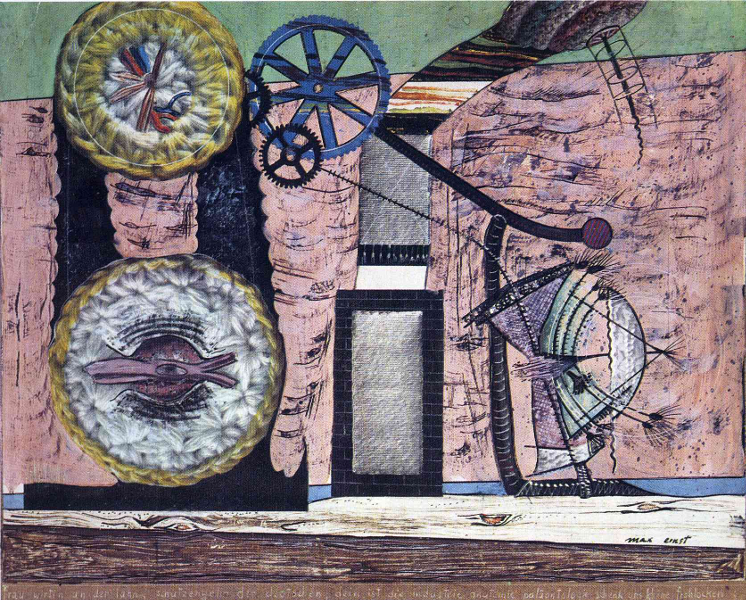 The Lucid Dream of an Analog Clock

The clock dreams of becoming free from the wall where it hangs. It rolls through the nearest door to freedom.

A plain of wild prairies by a low mountain populates its dreamscape. The sky permanently stays in a bright shade of royal blue behind the white clouds blowing through.

As the dream begins the clock is on its side. It’s in the process of rolling down the shallow slope of the mountain. It picks up speed as it goes. It bounces, makes hard landings, and wobbles from its barely controlled acceleration. Its faceplate cracks, the cracks spread, and the glass shatters when the accumulated stress hits a critical mass, but the clock keeps spinning.

Now no longer confined, the numbers peel half off the dial. They flap violently in the breeze before fluttering away.

At the base of the mountain the clock keeps rolling along on the circumference of its round body until it hits a stone and becomes airborne. It moves against the sky like a planet of the old cosmology on a trajectory still ruled by gravity. It lands on the grassy prairie and rolls about on its outer edge while losing kinetic energy like a coin landing on the floor. It arrives at a point of complete stillness on its back, allowing its blank face a clear view of the heavens covered by quickly moving clouds.

Having shed its measured identity, the clock dreams within its dream of being accepted into the freedom of the atmosphere, unattached to any surface and released from the orderly burden of forever tracking time. It strains past its programming and forces its second hand to spin with the blurred speed of a helicopter’s rotor blades. It makes its minute and hour hands rotate at an identical speed. The clock shakes and lifts off the ground, hovering for a minute before continuing its slow levitation.

Its straining form reaches an elevation of nine feet, but the overworked second, minute and hour hands break off and fly away from the clock, fuelled by the strength of centrifugal force.

The hour hand pierces the soft form of a raven, impaling it before bringing its body back to the earth. The minute hand flies off to an unseen place hiding in plain view. The second hand lodges in the ground at a 90 degree angle.

The clock falls back to the earth again and lands on its back. The clouds above dissolve and disperse. It stares up at the heavens and sees translucent, roman numerals cycling through the sky−all at the same speed−in complex and mechanical patterns as if on coordinated, invisible tracks.

The clock sees with silent terror that the characteristics it shed on its journey down the mountain are also the characteristics of the paradise it wishes to join, and that the Kingdom of the World and the Kingdom of Heaven are just that—kingdoms ruled according to principle and structure (either political or divine)−so the thoughts of the sentient clock turn instead to the Anarchism of the Dirt.

It slowly realizes that in its current position, lying alone and featureless on the barren plains, that it had become more undefined now than it ever had been. Without those definitions, and now with neither the will nor the ability to ascend towards the sky’s paradise, the clock finally gives into the passage of time by disintegrating and joining the soil of the flat prairies while spending its last dream imagining the wonders of a life beyond numerical digits.

It’s important to know that beauty is most healthy when it is recognized, and can be most dangerous when one tries forcing it into existence. Consider finding the beauty in a natural landscape as opposed to destroying one in order to build something that adheres to a preconceived notion of beauty. In such a case the destruction preceding the creation undercuts the integrity of the created beauty. The same notion applies to body positivity, to the idea of recognizing the beauty of one’s body without forcing it through severe changes like plastic surgery. Of course, people can exercise and eat healthy, but only if they have the natural inclination within themselves to do so. It is not healthy if one pursues this course purely out of insecurity and vanity in relation to the culture. This also applies to education. It is beautiful to see a student fulfill the promise of their talent, like an gifted art student who develops their abilities under proper tutelage, but the same cannot be said for seeing a student with a aptitude for soccer forced into playing the violin instead. Chef Marco Pierre White has said that nature is the true artist, and that a chef should let nature show herself off instead of forcing the ingredients into an unnatural or counter-intuitive presentation. 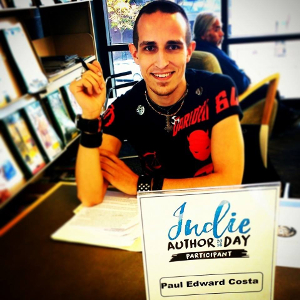 Paul Edward Costa has published in Timber Journal, Thrice Fiction, The J.J. Outre Review, and The Dryland: Los Angeles Underground Art and Writing, and other periodicals. His novella “Dark Magic on the Edge of Town” is available on Amazon from Paperback-Press.