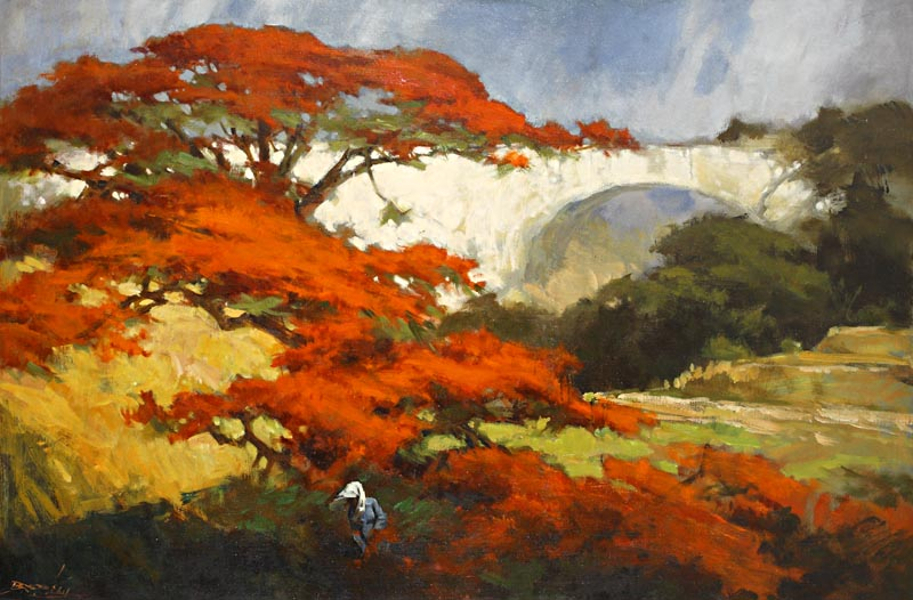 A woman, smartly dressed,
sits at the spinet waiting
to say whatever he wishes
her to say to please his whim,
he with the “brush and palette”
in his hand.  Each evening
they take a slow stroll up
the street to his favorite cafe.
Does he, she wonders, have a
heart?   “If only…” she sighs
but misremembers what
she ought to be thinking
now of exactly which piece
of music she was playing when
she found herself waiting for him.
Surely she wasn’t fingering that
Brahms nocturne her instructor’s
been drilling into her each Tuesday
& Friday for the past three months
nor the music from that sappy
show tune her artist/lover
loves so to hate, the very one
she heard on the radio last night
as she waited, seemingly forever,
waiting for him.  “His heart is
always with me!” (she says)
she says & repeating it out loud,
she feels it turn into the Truth;
her makeup’s done perfectly, if
perfect is ever artistically possible
as her eyes glisten while the baubles
dangling from her ears catch the light.
Oh, she struggles so with his notion
that she’s his eternal spring as well as
his late autumn song, but that idea, too,
is quickly swallowed up in a mirror
as she becomes another limited-
edition rendering of his life.

Whatever became of the Deity’s third-
part we once known as the Holy Ghost,

thought, inexplicable, an elegiac utterance
as distinct & memorable as my father’s pipe

tobacco ashes were, the ones he knocked
the living daylights out of as he rapped

& pounding his workingman’s pipe against
the hardened heel of his left hand &, without

so much as giving the ashes a second thought,
clamped down on the pipe between his teeth,

as he clapped his hands together to send
the ash residue flying off & vanishing.

He always had with a belief they’d disappear,
the remnant to be soon forgotten although an after

odor lingered, hovering, a forever-&-never- to-
be extinguished spirit –   father’s long since spent

Just a Stroke of Bad Luck

Canadian geese who’ve nested
in the golf-pond grasses
now venture out with goslings
in tow to greet morning golfers
& to relay their message of pond
borders that are strict & should not
be crossed.  Don’t go, they warn,
too close for one of your errant
balls that’s hooked badly left.
Leave it be, take a penalty
stroke if you know what’s what
& what’s good for you  The geese
are making sure you know where
a line’s drawn; that’s what matters.

The redheaded coed’s holding hands
with her red-haired boyfriend on
the corner of Market & Linn, & I recall
reading how redheads might be a dying

breed as she & he & all their ilk may well
face extinction in three or more generations
depending on whose forecast all of us
other-haired are willing to believe.

Seems as though humankind’s merging into
hair shades of the same color, evolving in-
to what we’ve always seemed meant to be
from Eden on when Adam first spotted

Even & refused to gaze in the other direction.
Brighten the corner where you are, I’d love
to tell that couple, but they couldn’t be
bothered by the likes of one such as I am,

balding, grey & meandering beyond 70.
Let your flame brightly shine lest what is
yours fizzles & dies, leaving the landscape
with less & less to brighten my remaining days.

I really don’t believe I am able to add anything significant concerning Beauty beyond what Aristotle voiced during his lifetime or Simone Weil articulated so well in a more recent decade. But perhaps I’ll say that I completed a poem not so very long ago entitled “Beauty” for which I used an epigraph from Marianne Moore that may be apropos in the discussion here. She said that Beauty “is everlasting/ and dust is for a time.” For me she is referring to the upper case Beauty and not that beauty chased daily by hordes of Americans. How I love Ms. Moore’s ability to cut through so much with so few words. 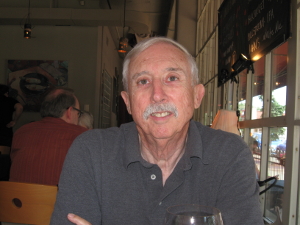 Terry Savoie has published numerous poems  in journals such as APR, Poetry, Birmingham Poetry Review, and North American Review. He recently won the Bright Hill Chapbook Competition and the manuscript, Reading Sunday, will be published later this year.