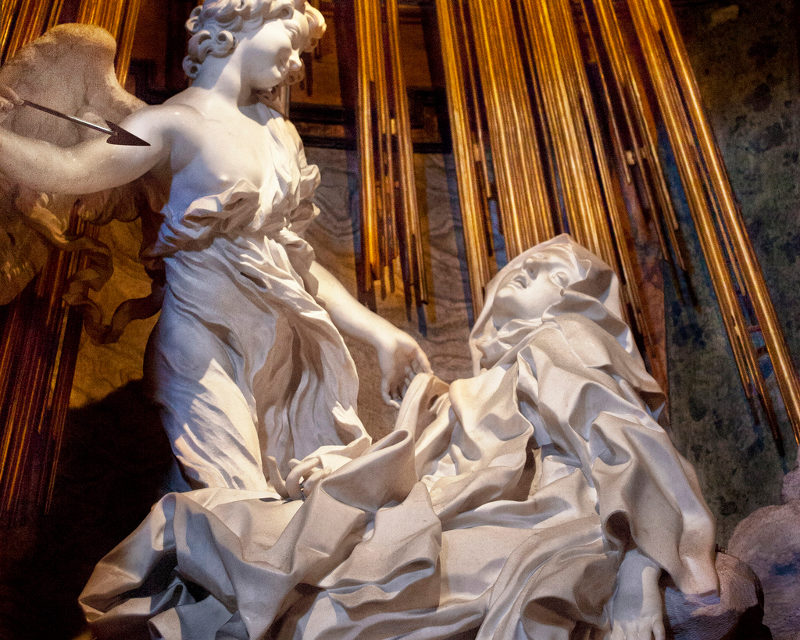 I brew the morning’s coffee, tasting in its tan crema
a land of monsoons and a morning
when I bounced in a creaky bus
into the heart of Punjab, past turbaned boys
bathing in village wells and rows of banyan trees
with white-painted roots as thick as houses.
On the way to sacred tombs, half-asleep,

I longed for a golden coffee cup,
despite the hotel’s excellent chai
creamed with buffalo milk.
I was journeying through a place
I couldn’t safely taste except in the hotels.
I could only smell its reality in holi fires
and smokes weaving through the lights
strung around a moldy pool.

Twenty years later, memory’s gates open
that highway on my tongue.
In the 18th century, coffee sailed
from India in wooden-hulled ships,
monsoon winds infusing the beans,
changing their character from green to gold
in the way a pilgrim hopes
his journey will be carried home
in a transformation.

Now the Monsoon Malabar beans
travel to me in vacuum-zipped parcels.
I’ve learned that pilgrimage can simmer
in home breezes, staying in place, bathing
in the calm well of routine. I can drink
the world’s sheen in photographs
and praise panoply, each sip a sacrament,
a bhajan to the sun that burnishes me,
my shoulders glowing holy.

In autumn, when the earth turns a cool shoulder
to the sun, and the sky gets that faraway look

like a woman trying to decide how to decline
an invitation, I want to feel my singleness
on this earth, how we each are unique and lone.

I crave the kind of loneliness
that makes my feet hungry for new miles.

I feel desire’s bones
fitting tighter to the flesh.

I pass the feathered grasses
and want to be brushed senseless.

I slip beneath the pines
where I want to pine, but for whom?

The trodden weeds are not more golden
than I, or more lowly.

Every autumn I make friends
with loneliness, though we’re never close,

never calling each other
in the middle of the night to say
Can you sleep? Me neither.

That sky is so blue
I want to bite its shoulder.

The head-size stones in a rock wall —
each turns a different face and pretends
they don’t know me.

A woman is raking piles of leaves into neat humps
I want to shake her hand
and then kick them open as she watches.

There is no tidying the loss
and my solitude in autumn.

Sometimes diamonds,
sometimes old roots,
sometimes it’s a bent arrow
that shoots out of your head
pointing toward Arcturus,

as if you could catapult
yourself and thrust out
of first stage then second, and up
into the stratosphere
as if from a starry launchpad—

as if you might begin
the journey infinity poses
as a riddle, into a connect-the-dots
web of numberless connections,
into a night reincarnated
from all the old wishes
tossed up into time by your shaggy head—

as if you could loose
all your leaves like tiny rockets
and rise with your bare crown
as the new being you were meant to be
vaulting into night’s light-birthing lake.

After Beth Moon’s photograph “Aquila,” from the series “Diamond Nights.”

Reaching the Apogee on an August Midnight

During a stretch of bad years,
I took many night walks.
Passing by the dark yards
one August midnight,
my feet propelled me toward the moon,
pale and brushed with cobwebs
as it flared up behind the hill.

I couldn’t feel the turn that night
as my journey swung around an apogee,
passing strewn betrayals.
Scenes of love and guilt lit up
in dim windows, swifting away
like the moon sailing down into an abyss.

The wind’s gift was honeysuckle
and sage to shush the dross
and open me, weightless,
into a sea of stars. My losses clicked
in leaf-shifts, syllables of a sentence
I’m only now starting to read.

Breath was my long expected lover.
A companion when to live hurt like music.
The moon wrote prescriptions
in luminous sheaves
on the humps of shrubs.
A pinpoint beam on the mountain’s flank
picked out a road zigzagging along
my heart’s gashed seam. 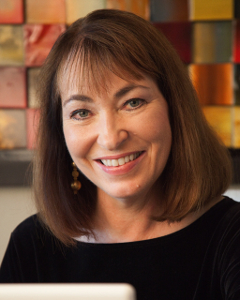 Rachel Dacus is a poet and writer based in the San Francisco Bay Area. She is the author of three poetry books and a spoken word poetry CD. Dacus’ most recent book, Gods of Water and Air, combines poetry, prose, and drama. It follows two poetry collections, Earth Lessons and Femme au Chapeau. Her poetry, essays, stories, and book reviews have appeared in Atlanta Review, Boulevard, Drunken Boat, The Pedestal, Valaparaiso Poetry Review, and Prairie Schooner, as well as in many poetry anthologies. She is at work on a novel about the great Baroque sculptor Gianlorenzo Bernini. More at racheldacus.net.