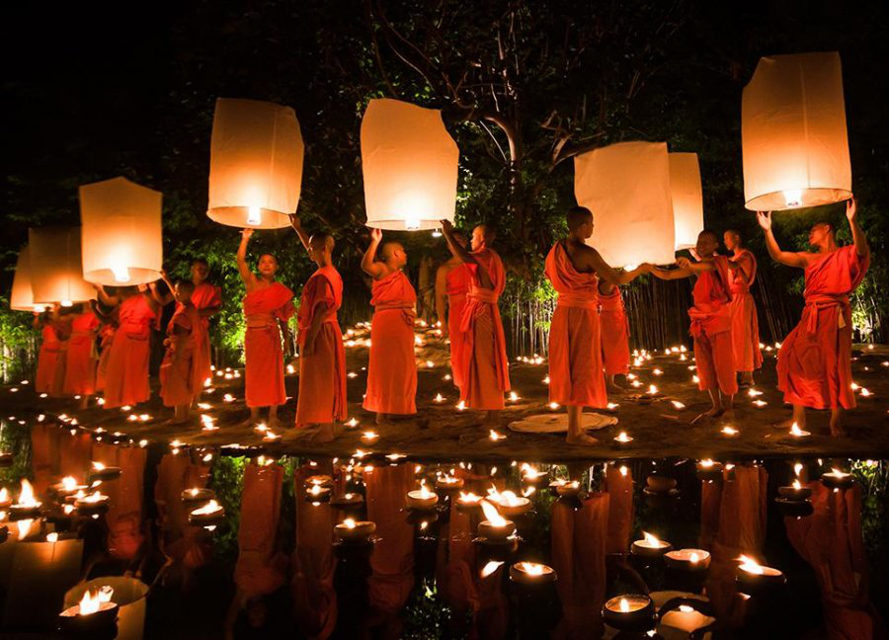 In the aspirant dark,
I look for meteors,
but it’s too early.
I curl my arms inside my shirt to wait
as my pupils open like newspaper,
unfolding, slow leaves settling.

Love loves without reasons:
the ferocious mob-sound
in my head undulates,
and I sense radio silence
between the crests.
Below that is the quiet of my heart,
but you say I must look
below even that familiar compass
to something new
that I can’t see
or feel
or know
yet.

Love loves without reason,
but you are a disciple of logic
and I can’t understand how you would know
what lies beneath heart
but you do—
I see it in the village you tend
and the hearth-fires you build
with some kind of supernatural voodoo,
old school primal telekinesis
(because you don’t use your hands
or your eyes,
and your mouth opens less often
than the Leonid sky).
Even so, I would hunt with you for
early meteors,
because standing in the cold
at night would be reason enough
to press my arm against your arm
and look up.

Lord, don’t let me talk to him.
Make my words antique,
my voice, anachronism.

His arm around my shoulder—
an intransitive verb, a haiku of affection.
The steeple of our heads, just touching—
a shelter of soap-bubble architecture.
He is a long-orbit comet in the night-time sky,
look to the side to see him fully—
All animals know the wisdom
of peripheral vision.

So when he turns to me
on the fragile axis of my silence,
let me be a skylark, a deer—
stitch all outbound sounds into
the fibers of my vocal cords,
make them logjam,
deadfall, 70-car-pileup—
and let the junk-drawer tangle of my self lie still
so the warm stealth of him in my arms
may live to its fullest life-expectancy—
a moment.

To Oregon on Calumny and Beer

Night highways are moody, speedy secrets.
We are a water beetle,
pushing the pale sphere
of lit road before us,
our golden egg, our worship hall,
our one-in-a-million.
I-10’s oak jesters leap from the dark
with preposterous limbs
and cut to the rearview,
reaching for our speed,
the beginnings we race for
and the bitters we outrun.
“There’s no better reason to go to Portland,”
you say,
“except to get out of Florida,”
and we are low and fast on the road,
spontaneous. The blue dash display
circus-mirrors in the windows
against bramble nightmares
and median mysteries.
This is our personal labyrinth to the West,
but we will always be in the center of it,
the mapless edges curled below our view.
We’ll ride the point of motion with
a finger hooked over the wheel at 6
and one foot forward and down,
as if to step, as if we might arrive:
as if movement were real,
and it was not the earth under us at all.

Gray days and rain, but you are too little to know to be cold.
The great wooden door opens and we emerge into the yard,
and the tiny perfect twigs the pecan tree sloughed in October
charm me with their sameness, their potential and their multitude—
nature’s criss-cross pick-up sticks I feel compelled to collect,
little witch-brooms. I pace a small circumference around you—
grazing for them like a chained-up goat—so I’ll stay close
for the 53 times you’ll put leaf to mouth, catalog the yard by taste
and texture. You raise one hand in earnest quest, then the other,
you grip my fingers, lead with your chest,
and I come along behind, the ballast that lifts.

How we do love our babies, we all—
they are how we remember ourselves,
how we hope for the kernel of that still inside,
we, all muddied up with our treasured hurts,
streaked sad, ragamuffin humans,
with an eye for brightness and the ones
still claiming simmer & glimmer
in the cold bad, bold glad, alloyed world:
we are sick with the love of its brass and boom.

Becoming human was the hardest, best
choice we ever made,
and babies are our photo albums,
our lighthouses,
showing where we’ve been,
where we’re going—
back to simplicity and wordless-ness,
to brightness and being and bravery, back,
back again into yes and lift and clarity,
cataloging light by taste and questing, questing
for the likeness of ourselves in the shine.

While New Jersey was dark

In the dark
what we miss most
is the convenience of warmth.
Check the little ones in their layers,
call on elders in their frail lairs
strung with oak boughs
and crushed by the footprint
of water hitched high with surge
and gone now.
Our many screens of modern life,
the candles we whistle in the dark with:
phones, kindles, iPods, nooks,
strung up power strips bristling with chargers
clustered like Christmas tree
circuit-tripping fire-hazards of old,
and isn’t that worth the hazard,
for the fire? The warmth?
Where our cords and cables
trail, there gather the modern cavemen,
warmed and human and civil
in their stress, a daisy-chain
of humanity, unhinged from
the 9-5, cast loose from electricity
and its fetters that keep us in our homes
when we could be sharing pop-tarts
and defrosting turkeys that would spoil anyway
and beer chilled in snowbanks
and there are so many smiles
among the devastation,
who would think it could happen.

The Buddhists say all desire
leads to suffering…
when the storm has passed,
we are unattached, cast loose
from normality, and therein
we gather to warm each other
though the frost is a low white cat,
hunkered, eyes on prey,
patient as hunger,
we gather anyway,
and there is laughter,
that contrarian heartache
that melts us.

Beauty is the word we use to explain the multi-layered experience of deep truth — truth we feel with our heart, recognize in our bones. William James and the Pragmatists.

Beauty is understood by how it twangs on the strings of our soul/mind-body.

To participate in something beautiful is to engage existence at the most elemental levels. I think that’s why we cry sometimes when we’re happy, or why the perfect song can make us laugh: the experience of beauty initiates complex human reactions. It heals, if we let it. It completes us. Brings us together. Invites harmony.

Creating beauty may be one of the most subversive forms of cultural activism, because it is powerful enough to shift paradigms. To unite us. 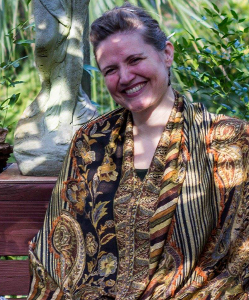 Samara Golabuk’s  work has appeared in Right Hand Pointing, Strong Verse, The Whistling Fire, 5×5, and others. She has two children, works in marketing, and has recently returned to university to complete her BA in Creative Writing. More at: samarawords.wordpress.com.