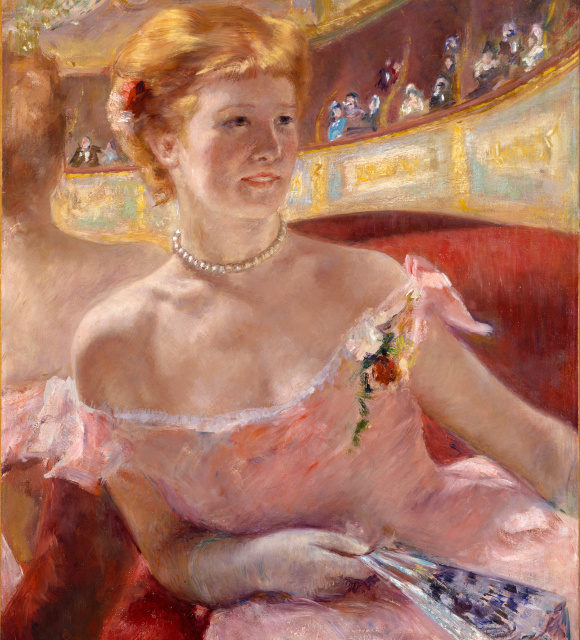 Samantha came home different. Ken contemplated this. Just to the grocery store she had gone. For milk and kiwis. For nothing, really. But now she was different.

“What are you thinking?” Ken asked.

Samantha’s face turned to him. She looked at Ken in a new way. A criticism tinged her look now. A scrutiny. A judgment. She evaluated something. That was it, Ken thought. Was that it? For indifference edged the look too, neutrality. He could not divine its meaning. How long since he could not interpret Samantha’s expression? She was different.

“What are you thinking?”

But Samantha did not speak. She drew a breath. She sighed. He was guilty of nothing, Ken considered. As faithful today as always. And yesterday. Faithful. She had nothing to uncover. He had nothing to hide. Samantha went for milk and kiwis. Simple. He had read a magazine on the sofa and waited. It was a Sunday. An unremarkable Sunday. An unremarkable errand. Milk and kiwis. They lie on the table there now. The milk jug sweating. The kiwis loose. Everything was normal. But it wasn’t.

“Sam, why do you look like that? What happened? What’s going on?”

Samantha decided then. Still she said nothing. But something inside her decided something and she pivoted and stepped to the sofa and sat down smartly and folded her arms over her waist. A decision. She had decided.

Sharply he felt now the gravity of what was unfolding. He did not know its origin. He did not comprehend its meaning. But he felt its import. And he feared it would devastate him.

“What are you thinking,” Ken repeated.

But his voice had acquired an urgency. And his pulse began to bound. He shifted beside Samantha on the sofa and anxious chills beaded his skin. A shiver. He had always dreaded this. After all this time. After these many years suddenly without cause she would change her mind. She had met someone else, maybe. Suddenly Samantha would no longer love him. She would love somebody else now.

He thought, She loves someone else.

Samantha looked at Ken. She turned on him an inscrutable, untouchable, removed, clinical gaze. She was all there. Vibrantly alive, she sat, and as sentient and intelligent and beautiful and entrancing to Ken as ever. But she examined him now like an insect. She had never looked at him like this.

“I’ve done nothing but love you. I’ve done nothing to deserve this. I haven’t betrayed you. Why are you punishing me? What happened? What are you thinking? You could at least give me a chance to answer, to defend myself. Don’t I deserve at least that? Has someone told you some story? Have you recalled some bad memory? Do you want a vacation? Are you tired of our life? Have I lost my manliness? You are everything to me. Nothing else means anything. You know that.”

Thirty minutes later, after infinite pleadings, Ken rested his throbbing temple against the cool white wall. He held his sweaty palm to his brow. He wanted to cry but could not. Too much unknown here for tears, too much unsaid. He mumbled, in listless defeat, “I need to know what you’re thinking, Sam. I need you to tell me what you’re thinking.”

“Fine!” he shouted. “Fine! Fine! Fine!” Tears seeped now through his clenched eyelids. He lurched from Samantha, to the staircase, up the staircase. “Fine, Goddamit,” he roared. “Take him!”

Unmoved Samantha sat. In stillness she weathered Ken’s tantrum. Critically. Objectively. Not until a heavy thump shook the floor above did she unfold her arms from her waist. Not until she discerned Ken’s voice through the ceiling did she begin to fidget. She knew that tone. The telephone. Ken spoke into a telephone. The conversation broke off immediately, without denouement. Less a conversation, she concluded, more an order.

The dragging of an object.

Samantha shifted on the sofa uncertainly. She stroked the armrest with unease. Samantha’s detachment faltered. Her solidity faltered. She looked at the ceiling. A rustling moved over that floor. Ken’s decision. Something had happened, she sensed. Something important had just transpired. What, she could not guess. But she felt Ken’s decision against her skin, grinding against her skin. Her creamy countenance changed. Her eyes sank. Her color blanched. Samantha smoothed the fabric over her tensing thighs nervously. She stood. Samantha strode to the milk and kiwis. She stored away the milk and kiwis in the refrigerator. She looked up at the unexplained stomping.

Samantha edged to the foot of the stairs then. Hesitantly she mounted them. Samantha found Ken packing a suitcase. He had haphazardly strewn traveler’s effects across their bedspread. Methodically now he arranged his clothing into the luggage. Samantha’s heart ballooned to her throat. Samantha froze in the doorway, her mouth dry.

She said, “Kenny, where are you going?”

He was angry. His face no longer flushed with doubt, with emptiness, lost. He flushed with savagery now, determined.

“Where are you going,” Samantha repeated.

Ken did not speak.

Ken stomped to the bathroom sink.

Samantha sidled there after him, to the doorway, a-gaze.

His razor, he arranged, with shaving cream. And his toothbrush. A shampoo. Ken opened the tap. He scrubbed and rinsed his flinty features. He buttoned again his shirt and tucked it under his belt. Ken cinched a watch to his wrist. He did not speak.

“Where are you going?”

Samantha followed Ken down the stairs, closely. She watched him situate the suitcase near the front door. She watched him march into the kitchen. Ken withdrew the milk and kiwis from the refrigerator. He poured a glass of milk and drank it off in a swallow. He dropped the kiwis into a small paper bag. A tin of cashews, he added to that bag, a sleeve of crackers, a frozen burrito, an apple. Samantha lifted her hand to her chest. Her breaths shortened. He only takes food for flights, she thought. He might be flying to Atlanta, she thought, or to Charlotte, or to Chicago.

Samantha perched on the sofa as Ken scoured the bookcase. She stifled tears. He only takes books for long stays, she thought. Which book would he choose? Where was he going? Florida? The West Coast? When would he return? Ken’s torso obstructed her view of the bookcase. But he moved then and she appraised the gap left by his choice. A book of history, she deduced. A thick book. He doesn’t want stimulation, Samantha thought. He wants to escape—to escape me.

Ken’s fury had subsided. Only a gaunt steeliness remained. Samantha tried to not ask again, tried to smother her need. But seeing Ken’s familiar green eyes peer so hungrily through the window buckled her flimsy restraint.

“Where are you going, Kenny?” Samantha choked. “What about the jam we were going to make? I colored my hair for you. Am I too fat suddenly? Too old? All I want to know is where you’re going. After all this time I deserve to know at least that much. Please. I will worry. I need to see where you are in my mind. You know it puts me at ease to see you in my mind. I need to know you’re safe. Where are you going?”

Ken did not speak.

Samantha noticed the afternoon light playing across his granite jaw, bringing to relief its musculature. His jaw rippled, like mountain rock, like boulders over a rangy landmass. It did not move. It did not speak.

A honk sounded. The taxi.

“What were you thinking,” Ken demanded.

“Nothing,” Samantha said. “Nothing at all. It was just a mood.”

She saw the words defuse Ken. She saw the distance in him relax. She saw a hope in him revive, and his need for her, and a loneliness. Everything Samantha knew of Ken quietly rose again from where he had sheltered it from her, from where he had buried it, stoppered it. His eyes complained to her, then fell to resignation, then sagged with exhaustion.

“Kenny, where are you going, love?” she asked gently.

He gazed through the doorway to the curb. Ken was himself again now. The steady man she would die for. “Nowhere,” he rasped. “Nowhere.”

Then he trod out to the taxi and gave the driver twenty dollars for his trouble. The taxi left empty. 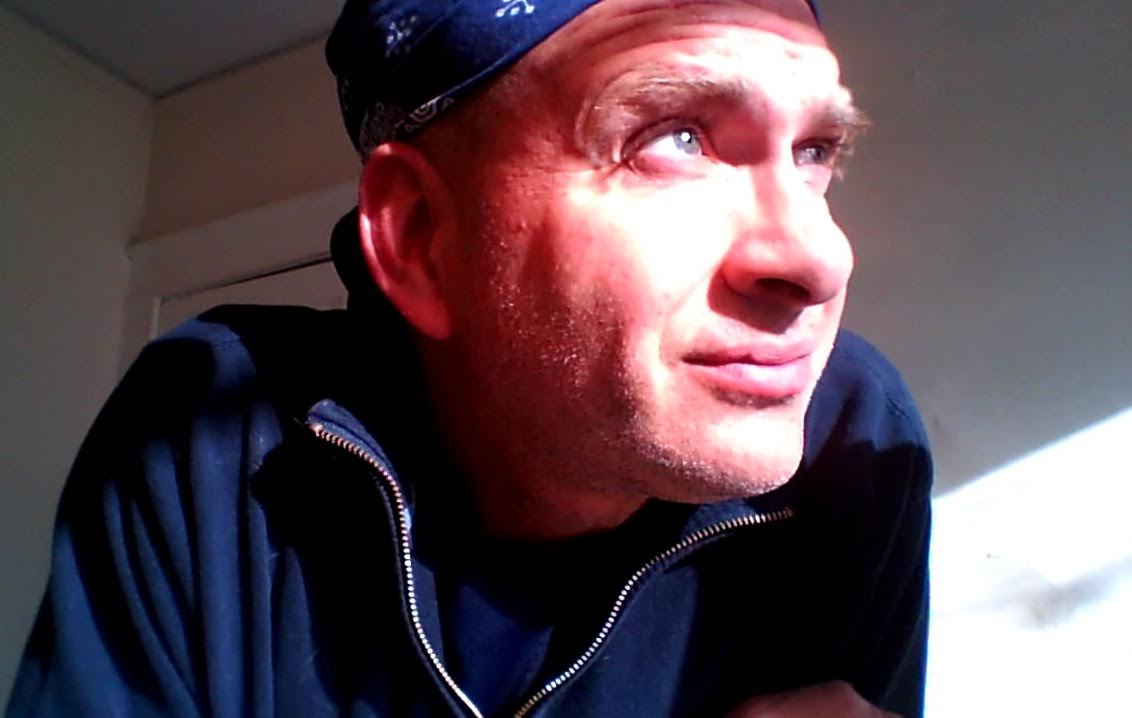 Stephenson Muret lives and writes in southern California. His plays, stories, essays and poems have appeared in scores of publications, touching virtually all genres.