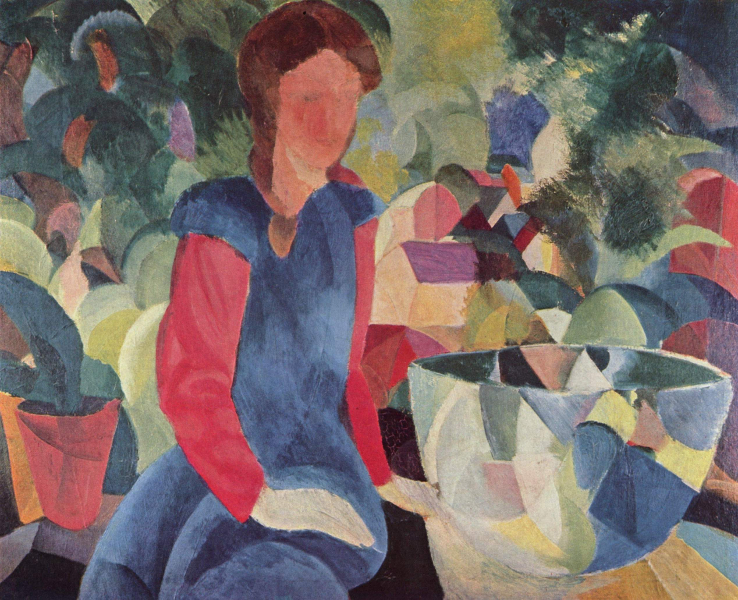 An empty room is defined as a space with four walls, a floor, and a ceiling with nothing in between.  This barren space becomes the corner of an individual’s universe: it holds the potential to retain the metaphysical fabric of that person’s memories, love, sadness, and laughter within its physical walls.  But what is a universe without worlds or constellations in it? Worlds express the creativity of their Maker.  Color, shape, atmosphere—these elements become the building blocks of existence, of individuality, and ultimately, beauty within the room’s singular universe. Constellations emerge as a map of growth and changing circumstances—stars, or objects such as a polyurethane foam rubber llama are shifted to form particular patterns; some are removed to make way for new entities, others merely dance across the sky and are given a new space to occupy for the current time.  All the movement of these bodies become subjected to the will of their Spacemaker, or rather, the individual who, in the image of God, creates in this empty room a universe built on their own unique building blocks.

Let us for a moment consider the Girl.  A quarry of imagination lies within the quiet spheres of the Girl’s mind.  She makes building blocks out of her thoughts while others talk. The building blocks of her individuality lie within her mind, unused but ready to build the foundation of a new life.  The Girl now studies her new dorm room.  The whitewashed walls are impersonal and cold—their stoic faces give nothing away.  White-tiled floors spotted with specks of blue and pale red meet the walls and join in a dull grey baseboard.  It’s an old room—so much has happened here, thinks the Girl.  So much will continue to happen here after she’s gone. But it’s her turn.

After scrutinizing her new-found space, the Girl slowly builds her world.  She considers her first building blocks: a sad weather-beaten desk, a dilapidated bed-frame, and an unassuming bookcase. She then unpacks four pictures of smiling faces: family, friends, and other loved ones. Two are in blue frames, the other two in black.  Rectangular in shape, they are the most important centerpieces and belong on display on the forlorn furniture. Slowly, bright objects appear on the desk and bookcase: blue glass bottles, a Japanese birthday doll, a polyurethane foam rubber llama, and a green shot glass—even a small Lego Alice in Wonderland figure.  With care, the Girl slowly places each item in its purposefully designated spot. As an outsider looking in on the building process, you would see a patchwork quilt of memories and life experiences beginning to unfold within this bare room.  Suddenly, the weatherbeaten desk doesn’t look so lonely now.

Life begins to flow.  The Girl is lost in creating. A fuchsia bean bag chair named Big Joe suddenly appears and stands guard in a corner. A multicolored four-by-six handwoven Chindi rug is placed under the bed-frame that is twice as old as the Girl but awaits its annual makeover. Purple bedclothes, blue pillows, an army of stuffed elephants and bears—the Girl doesn’t talk during her process.  Her roommate comes and goes, rotating in her own orbit and hauling suitcase after suitcase of her own building blocks, but never unpacks beyond what is necessary.

What is necessary, however, is finding peace in creating one’s own space.  The white cup with the John Lennon quote “I get by with a little help from my friends” in red lettering—that is a physical representation of one moment in the Girl’s life. She grasps its handle and places it on her desk for easy access so she can fill it with peppermint tea in the evenings. She wonders on the finality of things: can my whole life be reduced to the objects she carries around with her? If she left the room and someone walked in, what would they think of her life and her corner of the universe? No matter. Continue.

And continue she does.  She finds in an empty room the potential for creation—much like the God in whose image she was created, she discovers beauty in the smallest of things, whether it’s the Japanese birthday doll or the red dripping wax she uses for personal correspondence. She is intimately connected with these objects because of the love she has for the people she associates with each respective article. Not a single rubber llama falls to the ground without her knowing.  These objects then, become not a representation of a part of her life, but a manifestation of part of her spirit.  Soon, however, the Girl’s universe will cease to exist.  The blue bottles will disappear, the Japanese birthday doll with the purple iris painted on its wooden body will be tucked away under wrapping paper to awake in a new world.

And so it is meant to be, thinks the Girl.  It becomes tiring, creating her universe over and over again as she moves from dorm room to dorm room each year. The canvas will become blank again. Glory be for the Sabbath, the day of rest.  God’s creativity is infinite, as well as His patience, but even He needed to rest.  But there is no rest for her, or for anyone because we are transitory creatures. We are stimulated to action by the next shockwave that hits us, like a move, the death of a loved one, or the beginning of a new phase in life. We are placed on earth for a finite period of time and given the opportunity to have our own little universes within His vast creation.

The Girl sits down, surrounded by cardboard boxes that vomit clothes and desk supplies.  She looks at the hand-painted canvases that line her wall in carefully placed patterns. The polyurethane foam rubber llama stares unblinking from its catty-cornered stance on the desk. Soon, the Girl will become a Woman. The Woman will become a Wife.  The Wife might become a Mother, but first things first. Each phase will require a slight reorder in her universe.  Each universe will then be different. And that’s the way it goes.

There is comfort in analyzing the things and people that surround us—whether it is a dream, a personality, or statistical data on how much peanut butter is purchased in a state for a given year, people find satisfaction in understanding the world around them. There is so much more to life, however, that cannot be measured. The foreboding chill on a dark autumn night or the thrill of hearing words of devotion pour from a lover’s lips cannot be systematically analyzed or measured. If someone were to place a numerical value or worth on such moments, their intrinsic beauty would fade, leaving hollow words and shadows behind them. Words, therefore, become a priceless medium through which such fleeting delicacies can be communicated without trespassing on their holy beauty.  Words can convey the humble grace of a coffee cup left next to an open book, or touch on the untold stories that once fell within the bare walls of a campus dorm room. Beauty is everywhere . . . if we can find the words. 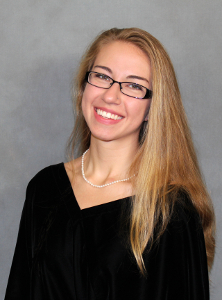 Victoria Douglas is a recent graduate from Judson College with dual degrees in Business Administration and English. Victoria is the recipient of the Association of Christian Librarians Research Award (2017) and has an honorable mention for the 2017 Mary Evelyn McMillan Undergraduate Writing Award.  She has presented undergraduate research at the Association of College English Teachers of Alabama (ACETA) Conference in 2015 and 2017. Victoria is currently attending the University of Central Arkansas for her Masters in Business Administration with a concentration in Information Management. Because her current studies are focused on analyzing data sheets and computer application software, she hopes to create glimpses of non-measurable beauty found in words, nature, and the seemingly insignificant things that surround us every day.