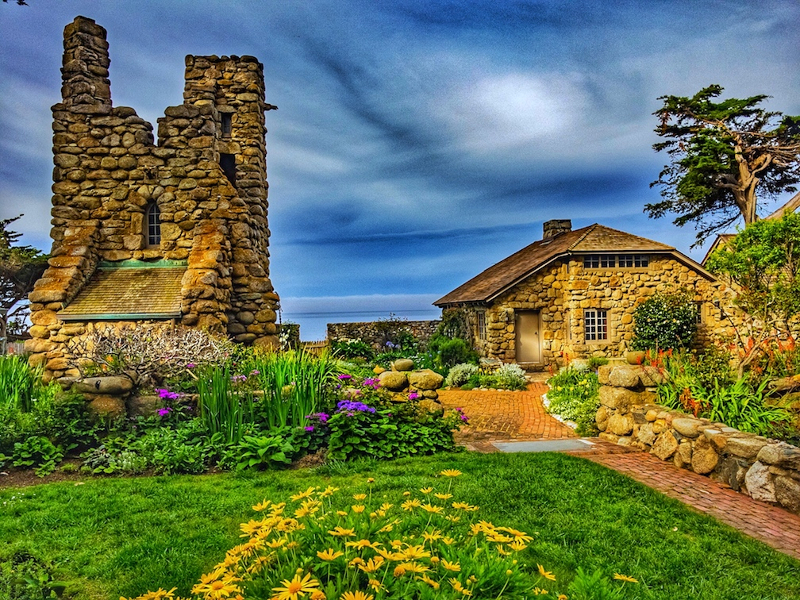 In August, When Every Last Firefly

vanishes, and the Green Corn Moon rises,
the forest devastation’s Curve
comes back to haunt—Classical Greece,
Industrial Revolution, Disston’s scheme
to drain and tame the Everglades.

What man could appear superior
to the alligator, that survivor
that has thrived throughout
man’s invasion?  My brother,

Boreal Owl, calls from northern
forests being cleared.  Hear the panic
in his voice; you don’t have long
to make a choice.  Don’t sit quiet
as a bean inside its pod.

Find it disturbing and odd—
so many people going on as if
nothing disastrous is happening.

Lean in close.
Put your ear to the shriveled,
wilted corn: listen to the lesson
it is dying to teach.  This isn’t
about intelligence, time running out.
It’s virtue and diligence
we should be after.

Lie down
between the corn rows—
silent, attentive, taking note.
Go sleep in the clear-cut forest
till you feel deep sorrow.

Then weep with Boreal Owl
till winter buries you both
under wind and snow.

Hope stops you in your tracks today—
that lofty ideal with feathers*
that perches in the soul,

what St. Francis has commissioned you
to sow in every place where despair
has spread like kudsu or bamboo.

Hope is a persistent vow
to live in the eternal now.
It hears in the temple bell

the music of the spheres
and knows quite well
happiness does not equal success.

to shake you out of complacency,
places you firmly, once and for all,
within miracles’ gleaming walls.

Hope compiles all possibilities,
hangs on as firmly as the chameleon
with its sticky toe pads.

It doesn’t come undone
by the pollution-smeared horizon,
the absence of flamingos who’ve fled

the chaos of coastal development.
Hope is feather-light, star-bright.
It cannot help itself – ever-optimistic,

shying away from the realistic,
it leans toward the ideal.
Floats above summer’s fading

mustard fields like a grasshopper,
depositing its over-wintering eggs
in full faith spring will come again.

What harm could there be in asking
out of season for banked-up clouds,
fog, lightning, thunder, rain?
August heat driving me to my knees
from where I repeat the Islamic mantra,
The whole world is a mosque,
the Sufi chant, The world is but God veiled.
Then I rise and whirl like a dervish

in the service of the Great Spirit.
Energized, I internalize golden eternity. *
Listening to jazz, I practice Zen,
write haikus while singing the blues,
convinced I’ve nothing at all to lose
by asking for rain.  Stagnating
in nature’s less lofty aspects, I ask
(could it be so wrong?) for liberating rain—

feral cat on my patio panting its little heart out,
the desert at this moment a kind of negative space.
This is my rain missive setting a boundary
between body and nature’s desolate side
His/Her kingdom come before I wind up
completely undone by August’s all-consuming
sizzling sun, existence at this instant
oppressively concrete.  No harm, I repeat,

in asking.  After all, these are the days
of unusual weather events around the world—
why not here at the edge of the Arabian Desert?
And if my prayer goes unanswered,
I’ll have lost nothing in the asking.
The Persian nightingale will grace
my disappointment, deep tides within
washing me up on that other-worldly shore,

to be sure: the Everglades, where I’ll spend
my dreamtime in the congenial company
of alligators—banked-up clouds overhead,
thunder claps to wake the dead.
Losing nothing, I’ll go cruising the avenue
called Hope, refusing to lose all of mine—
defiant against the fear of shriveling up and
turning to dust this hotter than usual August.

These days when odd things turn my thoughts
toward death, I contemplate which I should choose—
the Lakota way (Today is a good day to die),
or the Welsh poet’s way, to rage, rage against

the dying of the light.*  Like so many things in life,
a combination of the two—not an either-or—
might be the way to go.  But would I seem too fickle,
wishy-washy?  Even at the end, wanting my cake

and to eat it, too?  How difficult will it be,
letting go, breathing the last Ehecatl,
spirit tossing back and forth between the realms?
Yet always, from the first instance,

more at home in infinity.  Life cropped,
disintegration what it all comes down to.
And yet cause for celebration.  Beyond
the body, down that infamous tunnel

with its end light drawing me like moth
to flame; and once through that tunnel,
I’ll hear them, then see them, in all their glory—
the eighty per cent of songbirds sacrificed

at Blue Island, Illinois during the war
on Japanese beetles—victims of chlorinated
hydrocarbons, aldin.  And they’ll just be
the first act.  Beyond them, all the others.

Maybe, like a yarn ball unraveling,
life dwindles, strewn across the years—
thread the cat has dragged down the stairs
and into every room, collecting dust and

desert sand blown in through every crack.
And if I listen with the keen attention
of that cat, I can hear the call to death—
the sound not mournful as one might expect.

No, it may be as gay as Carnival or soft
as cow bells tinkling all the while the grazers
are gracing the meadow grass.
So I’ll go on—be bold and ask,

For whom do the bells toll?
Then at that last moment, rage
if I must, but add the refrain,
Hoka-hey! (All is completed).

When It All Seems Hopeless

When it all seems hopeless,
pointless, and you totter
on the edge of despair,

balance with the Green-crowned Brilliant*
at the lip of a Torch ginger,
and the Tufted titmouse on a branch

of flowering dogwood.
When you wake in a sweat
from the sight you can’t forget

of seabirds drenched in crude oil,
poise on the bank of the moss-tinged pond
where mallards float and frogs croak,

where the sound of water
drowns out the cacophonous
rumblings of disorder.

to San Juan Capistrano
for the summer.  Let recurrent change
win you over yet again.

Strive for haiku mind.
Give yourself to the seasonal cycles
of pollen and decay, to the whirling –

like Sufi dervishes – of dolphins at play,
to sun and moonrises and first mists.
When it all seems too harsh,

steady yourself at the salt marsh – take
note of the cattails and seaweeds,
each sentient creature seeking sustenance:

mussels, snails, eels and all.
And though you feel like a frail moth,
unable to lift off from the lure

of the flame, leap from that chair
without a care, stand on one leg,
rock back and forth, side to side on

that wobble board, take that tai chi
or ballet class, walk heel to toe with
total confidence, fearless at last.

When I think of beauty, I think of Robinson Jeffers’ “Letter to Sister Mary James Power,” in which he answered her query regarding his “religious attitudes” with a simple succinct statement:

I believe that the universe is one being, all its parts are different expressions of the same energy, and they are all in communication with each other, influencing each other, therefore parts of one organic whole . . . This whole is in all its parts so beautiful, and is felt by me to be so intensely in earnest, that I am compelled to love it, and to think of it as divine . . . I think that it is our privilege and felicity to love God for his beauty . . . *

Also from Robinson Jeffers: “One light is left us: the beauty of things (mountains and sea), not men.” (from his poem “De Rerum Virtute”)

This is not far from the message regarding beauty that is found in the Qur’an, the world’s one billion Muslims’ primary source of spiritual knowledge. In Chapter 27, verse 60, we read, “Is He [not best] who created the heavens and the earth and sent down for you rain from the sky, causing to grow thereby gardens of joyful beauty which you could not [otherwise] have grown the trees thereof?” And in Chapter 50: 6-7: “Have they not looked at the heaven above them – how We structured it and adorned it and [how] it has no rifts?” And regarding interdependency and the order of things: “Allah has created the world and the universe perfect in proportion, measure and balance as a life-supporting system. Behold, everything have We created in due measure and proportion (Quran 67:3-4).

Throughout the nearly fourteen years that I have lived on the fringe of the Arabian Desert, I have tried to carefully investigate and cultivate a connection to it. The desert’s ascetic beauty and wonder have humbled me in a way I never could have imagined. To kneel before a rare prickly herb, observing how it grows out of hard-packed sand and among gravel, or to watch from a respectful distance as a spiny-tailed lizard comes to snack on its favorite flower, Blepharis ciliaris, is indeed to be humbled and to feel a deep sense of respect, compassion and responsibility to protect them. 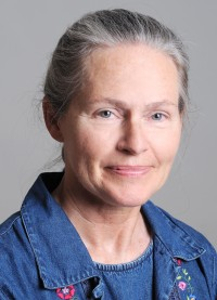 Diana Woodcock is an associate professor of English in Qatar at Virginia Commonwealth University’s branch campus, where she teaches composition, creative writing, and environmental literature. She is the author of six chapbooks and two poetry collections, Under the Spell of a Persian Nightingale (Word Poetry Books, 2015) and Swaying on the Elephant’s Shoulders (winner the 2010 Vernice Quebodeaux International Women’s Poetry Prize/Little Red Tree Publishing, 2011). Her third book, Reverent Flora ~ The Arabian Desert’s Botanical Bounty, is forthcoming in December 2017 (Little Red Tree Publishing), and her fourth, Tread Softly, in 2018 (FutureCycle Press). Widely published in literary journals and anthologies (including Best New Poets 2008), ​she was honored to see ​her prize-winning poem “Music as Scripture,” performed live onstage in Lincoln Park, San Francisco at Artists Embassy International’s 21st Dancing Poetry Festival. Prior to teaching in Qatar, she worked for nearly eight years in Tibet, Macau and on the Thai/Cambodian border. She is a doctoral candidate (Creative Writing) at Lancaster University.