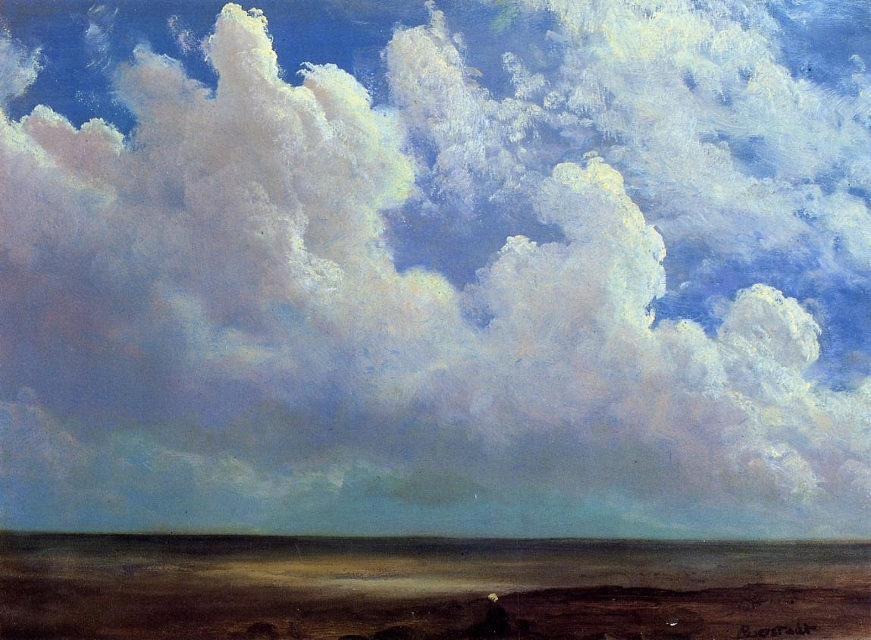 As I drove and the light was as it was,
a rose-coloured clarity and perfection
over the foil-still water,

a blue boat, an old one,
with four people, cut
its way along the river,

keeping ahead of the boat,
flying forward
forward forward.

I knew things,
maybe all things,
and the people in the boat

knew the same, quietly.
It was pure lucidity of flesh and mind
none of us could say. Not one

would turn to another and try.

One of those mornings when the spiders,
who have worked all night under cover of darkness,
have cast their nets, thousands of them,
between limbs and electrical lines,
where the impossible has happened,
where the invisible has been revealed in outline.
One can’t be sure they don’t do this every night,
and perhaps it is only something in the damp air
that reveals them — after all, each evergreen
has a particular, almost translucent shine
along the tip of each branch, all encased
in a white glowing moistness, a wet
and clinging dream — but here they are, these thousands
of webs, exploded lingerie from the great bound dresser,
suggesting that the mystery is always pressing
upon our periphery with its gauze hands
and rasped, naked breath, is always present, always
encircling us, always waiting for the perfect moment
of admittance so that it might break through
the dream walls with such force that
it breaks into its delicate and glistening body.

time beats like the blue band through the clock.

when children are born lanugo coats their skulls, their slippery little pelts, and blueness spills forth from vaginas, overburdening the bowl.

just off from the blue shore, husbands fish in the moonlight on blue waters, where they fight and submit to and fight to submission blue bodies to feed to likewise blue bodies lost in tumult.

almost locked, red flashes from the back of throats like volcanic fires where bats hang.

inverted, words are born there.

they peel themselves like small bells flying free from their steeples.

they crone forth from the red pits into the vast blue light, lashing red pips toward the truth, but the truth is blue and vaster, and washes over sound, washing it silent.

I ask my teenage children what they think beauty is. My daughter laughs nervously and asks what it is I want her to say, “Something like happiness?”

“No, definitely not that.” I explain, “I’d like to hear what you think beauty is.”

She says shyly, “Roger and Pony,” her cat and dog.

“So you think beauty is related to love?”

I ask my son and he turns quiet for a while. I think I might be losing him. Then he raises his head and says, “Simplicity, with no chaos.”

For decades before this I only knew something wasn’t right. Something was missing. I felt its absence in myself, between me and the world and all over the world’s visage, as something akin to an ouroborostic void. Sometimes I’d find myself lying on the floor or across a table as though I’d just been sucker punched. Does void have a fist? Damned right.

Then I found art. I found language. I found essence in the natural world fortifying itself into form. I don’t know how I did — a lucky sequence of accidents, I guess. But when I saw beauty pushing up and into moments, I was startled alert. Alert and activated. Hungry for what feels divine. 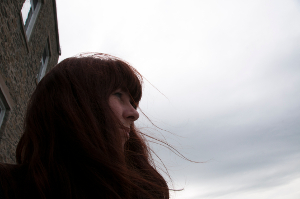 Erin Wilson’s poems have appeared in Watershed Review, MockingHeart Review, Poppy Road, and Rust + Moth, among others. She writes, runs, and takes photographs in a small town in northern Ontario.