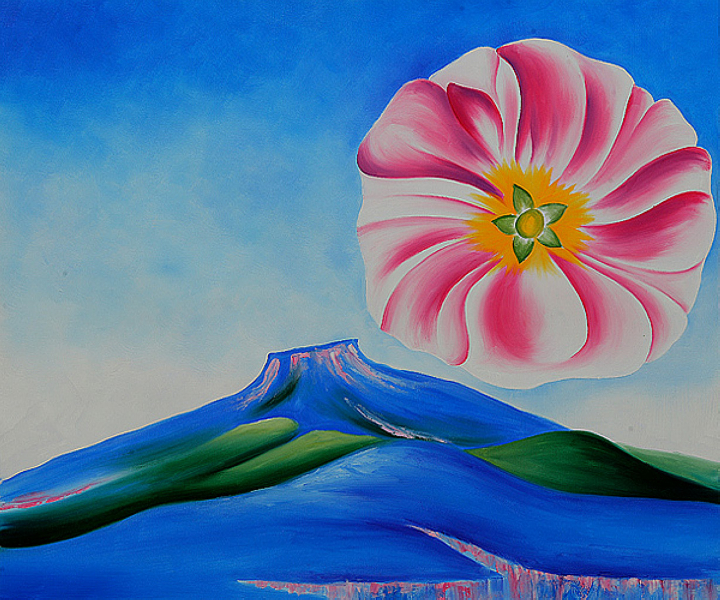 Begin with the seminal light of morning, at the point
when sky, pinkyellowblue, is ambrosia and you’re
ready to risk loving something more than you love yourself.
Read from the hymnal of ‘What’s-to-happen-next?’ or
better, ‘what’s-happening-now?’, fortuitous blue flower
caught in your brown hair as you mount the steps to
sunrise, you didn’t expect to feel filial loyalty to sun
or to the way its light staggers through awakened
leaves. So simple, isn’t it, the way night gives up
its unjudging silhouette to mesh with shadow?
Shade enables your lush appreciation of light
which is, after all, the major gift, even though
it’s barbaric in its threat, its strength bundling up
day into afternoon whose heat needs be avoided or
whose flame can be enjoyed only from the cool pool
you’ve found to float in, hat clamped on heating hair,
garden toad hiding itself under stone. You are a sheer
fragment of luck, singing in the air, aloud.

Leaving the subtle blues of February
saturated with rain and the promise of light
silver in the interstices, taste of ice,
touch of fox fur. Is that when
the orange trees give up their hearts of fruit?
I wore quilts, played solitaire
with the deck of past present, drew
the future in clouds that would not
relinquish white. Whose fortune gathers
in the year’s short days, who wins
games of chance that can’t stretch out
their reach? I stand under the elm tree’s
small-coin seeds, I’m disguised as
March wind. I open my face to light that
lets day last – not yet ready to leave
February’s blue veil, February flutes.

A morning that bends into itself, black
branch bereft of leaves, season
when losing is the lesson. Listen
for signals in the somnolent air. The fog
siphoned through with orange and rust. Birds
hanging on by claw and wish. Look
at this one with his bright red
head defying gray air, the downward
bent. Can’t stay sun’s southward
journey but sing a little in the see-saw
of season, equinox an equation
of forces. Place recumbency one
side, place thrust the other, don’t you
see them raise a red feather, drop a dark
blue in the duff where bare-branched
memory is tucked?

What do we want the sky
to be made of? The day-blue stretch
overhead we picture as
curved, a dome, a ceiling,
a protection yet we know
it expands forever. At what point,
in its expanse, does it cease to be
blue, or white, pink, orange?
When does it lose the strength,
the definition we want it to have
since it’s our protection, since
it allows us to dream?
Lie among the poppies, look
up. Either Everything is there or
clouds present us a playground
our minds climb into, push
the whiteness this way, that
until a dragon forms. We want
to swing up and ride its back.

Color. I choose color. Although I also choose the night sky with its fiery silver stars and no other colors at all.

I choose flowers, especially the ones that lure my vision into their entrancing center. Poppies, columbine, the daffodil.

I choose silk or moss or certain musics.

Someone else might choose dogs (a particular dog?), automobiles, marble counter tops, a special person’s laughter.

What’s most important to me about beauty is the way it makes me feel. Looking closely at the petal of my magenta orchid, I feel fulfilled, I settle into my core and, at the same time, feel uplifted. I’m happy.

I am a devotee of beauty. In the presence of a masterful painting or a line of poetry whose words rise off their meaning, I’m inspired to feel, and perhaps express, what’s most true within me.

Beauty arouses love in me. I want to remain with/in the beauty. I find a fundamental internal/external harmony in what is beautiful to me. A reason to stay alive. In the next hour that life gives me, might come along my next beautiful thing. Wow! 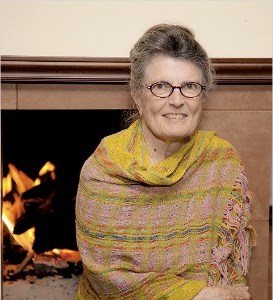 Grace Marie Grafton has been writing poetry for over four decades. Six collections of her poems have been published, the most recent Jester (2013). She has taught literally thousands of children the art of writing, through her work with CA Poets in the Schools. Some things that inspire her to write are orchids, ravens, art, meditation, love, curiosity and the sounds of words.