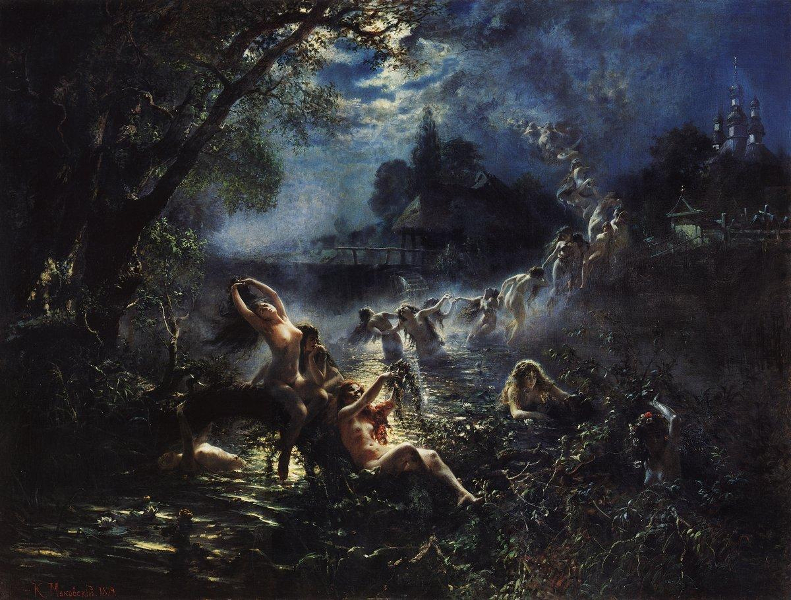 The water nymph is weeping in the night beneath the Dnipro bridges –
And summer passes.
Love has passed; a cigarette flickers in somebody’s hand –
And doesn’t burn out.
Three summers, four summers – I’ll open the window on the Dnipro,
I’ll get up at midnight:
The cigarette burns, and it burns like blood set afire,
High over the bridges.
A hundred summers flew past — I stared with a start
In my underground spout,
As your fingers, which held me and her,
Burned all the way to the shoulder.
The cigarette burns, one eternity after another,
And I’m wistful, as if
Beneath the non-bridges above the no-longer-Dnipro
A water nymph wept.

In memory of Ernst Jünger

These little boys tame vipers
They’re fearless, and they sing.
Their blouses flutter white, like snow
Over a fresh-dug grave.

Below their shorts’ black velvet
Their knees blaze, scraped in marches
On marble cliffs. Their voices
Are thin – their pure breath, thinner.

Their perfect pitch peals thundering
From drooping ears to ribs.

…My love for You’s pitch-perfect
For You, my Master, You.

So cold and bright, this love
This steely honor;
So saline, glacial, crystalline,
And crystal-pure!

This is the mouth that closes stitches
Upon the sleeping wound;
Like blood that drips from soles of shoes
And turns to dew.

This is the love that tames the vipers
And strikes regretless;
And it can kill, should but Your image
Wink from its crystal glass

And point along the bloody way
Between the mowings,
Where snow lies on the lifeless ships
And sailors sleep.

Upon the banks of the eternal river.
– Lina Kostenko

The lengthy winter’s final month we will
Survive. And after all, we have our share
Of guilt as well. A knife emerges from
The darkness like the moon. And a guitar
Twangs on about the copses and the corpses.
The voices on the tape-cassettes are ours.

Those less at fault are more so. And conversely,
The guiltier are less. The years slither
Like worms out of your hand. And all the same,
For everything there comes a punishment.

Unhappy land of captive dreams,
Abominable words, and severed heads,
And acid-scalded skin!
They’ve ripped out your nightingale’s tongue,
And whistles, curses, drunken shouts are all
You hear from underneath the princely purple.

My princess, consort of the frogs and fishes!
Your every son’s a blackguard or a slave!
Whom can you marry and whom can you love?
Upon the banks of the eternal river –
Bookkeepers, majors, and their wives…
With children studying abroad.

And what can grow from scattered ears of wheat?
It’s been our fate to see the field denuded.
But someone, all the same, will see the harvest
And the striding foeman’s scythe pass through it.
And they will flail it on the threshing-floor.
And upon the embroidered cloth, the bread
Will lie before us like a severed head.

This pattern they’ve imposed on me
I do not like. And after all, why should I?
For black embroidered leaves and crimson flowers?
For blood shed vainly, as if in a dream?

According to the scheme – a schism. A timely stigma.
The Cossacks – penitent, for they are sinful –
Are in the cloister. All around, the cherry trees
A-blossom. Crickets chirp, and ploughmen pass.

The family’s at supper, she is serving.
Her lovers — killed or drunk. Oh yes,
There are the monks as well… The rest
Melted away in the Muscovite mists.

You won’t find her hysterics, schizophrenia,
The epilepsy of a crippled spirit —
In here. Unless — as dusty tatters — when
You lift the rolled embroidery from the chest?

Oh what a rich and pointless wake!
Oh what a priceless, useless thing!
A rich embroidered cloth hung on the hearth!
Just like a calligram. Just like my land.

A knife,
to slice bread.
A knife — to fashion a flute.
A knife,
to end the misery
Of the wolf-crippled lamb.
Thus
the barren, dry, and austere
surface of sweat-cleansed fishes
suddenly breaks forth in froth
in the Sabbath-day pottage.
A sign of mercy and tears.
Without
the sign of grace
don’t even touch it:
it’s a knife,
a music that kills.
It is no longer just words —
it is that poetry
without
words,
where blades of grass wipe clean
the blade of heaven.

Rain… Rain in L’viv, in Ternopil’… Rain on the edge
Of the field, where the straight shining railway’s an arrow…
You, in the car, cannot sleep – as then, in the midst of the night…
No, those aren’t stars all around, those are just sleeping bodies.

Sleep, and imagine this downpour will wash humble tears —
Sweat, and your clothes, wrinkles, grimaces, make-up — away;
And the folds of another’s weight, and skin, adhesive,
As if they’d been glued to your heart by somebody else.

All will be washed away, leaving a fiery die,
Essence and life, and poetry’s temper and word.
Look – there’s a wobbling glass, and look – there’s a wound
Of coffee-spills staining the bedspread of night!

The smell of the second-class car, the smell of damp pillows,
The stench of the toilet, of cigarettes, love and misfortune,
And the ephemeral names of yesterday’s girl-friends –
All will be left in the streams of the waters of night.

If you ask what we first associate with the word “beauty,” most of us will name the visual image, an imagined “picture,” “view” – be it a landscape, a human face or body, or some object or artifact that we imagine to be perfect. But there are those who do not see beauty, but hear it (for example, those who are sightless from birth, or musicians), and those who feel it: by touch, by smell, as an enlightenment or an ecstasy, such as that which seizes scientists at the moment of a great discovery, or the moment when a brilliant formula appears in their minds, and is incarnated in a sign or symbol or other form… or as musical notation. Or as poetry, in words.

Our conceptions of beauty inevitably will vary according to our origins, our upbringing, and personal life stories. But what, then, is beauty, if it is so varied?

Classical Greek philosophy understands beauty as harmony. It was not only the Romantics of the 19th century and the Modernists of the 20th who questioned this definition, but even the artists of the Renaissance, asserting the possibility of an “irregular,” even a disharmonious beauty. For already in the art of antiquity, the concept of beauty is further defined and supplemented by the concept of catharsis as the apogee of the struggle with, and mastery of, human passions and sufferings. Thus, a beautiful form, like an exquisite amphora, is filled with content, the flaming wine of feeling.

And it is our individual and collective memories and visions, sensations and feelings, ideas and thoughts (everything that can be rendered by the single English word “sense”) that unite such various individual understandings of beauty, making beauty not just an empty form, but precisely — beauty. This pertains first of all to poetry, the “sense” of which is to construct and affirm harmony, constantly disturbing and varying it with each poem and with each poet, to unite the visual and the unseen but felt; the image, the thought – and rhythm and sensuality… Poetry is Beauty. Beauty is Feeling.

And the rest, to quote Verlaine, is literature. 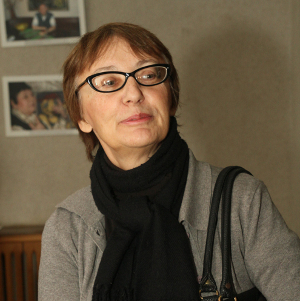 Natalka Bilotserkivets’ was born in 1954 in the Sumy region of eastern Ukraine. She published her first poems as a child. Her first collection was Balada pro neskorenykh (Ballad of the Unvanquished, 1976). Subsequent collections include Lystopad (November, 1989), Alerhiia (1999), Hotel’ Tsentral’ (2004), and most recently, My pomrem ne v Paryzhi (We Will Not Die in Paris, 2015). Ms. Bilotserkivets’ poems have been translated into Belarusian, English, German, Polish, Russian, and Swedish. A graduate of Taras Shevchenko State University of Kyiv,  Bilotserkivets’ currently lives in that city. 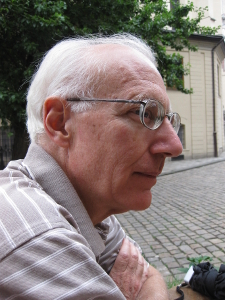 Andrew  Sorokowski was born in Hartford, Connecticut in 1950 to a refugee family and grew up in San Francisco. Ukrainian was his first language. He has translated historical and other materials from Ukrainian to English, including a full-length monograph on the famine of 1928. In 1993-1997, he served as managing editor of Harvard Ukrainian Studies. He has edited various books and articles, and writes two monthly columns. He lives in Rockville, Maryland.