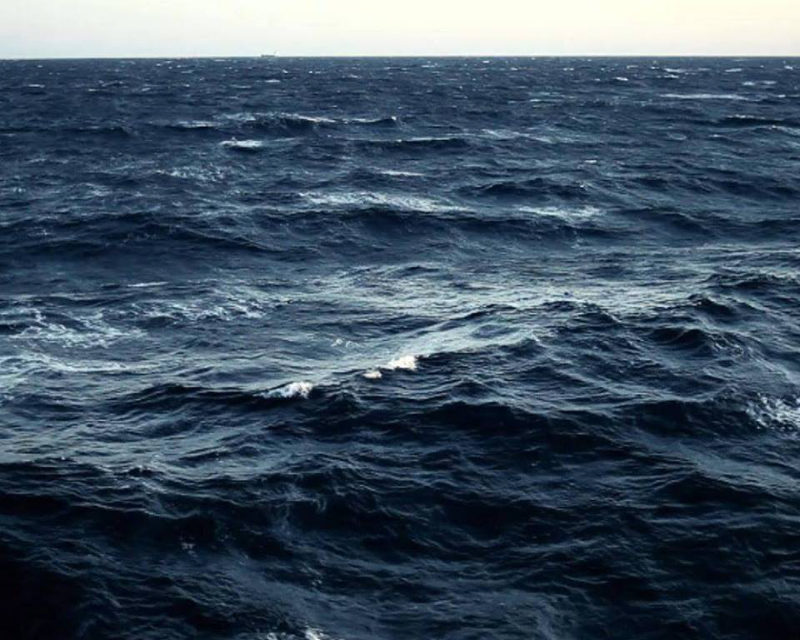 The copper box at BMA is beautifully empty, five feet by five by four deep, lacquered scarlet inside and Harper is infatuated and believes it is about her, for her. She’s stunned in the bright white gallery, The Brooklyn Museum of Art, where the box is displayed, is sculpture, center floor, copper and red, but her classmates are not impressed, with Justin going, “Somebody get some kitty litter,” and Shonia, in passing, “Gay-tard.”

On the bus back to school, Harper sits by Mrs. Patel on the front bowed bench, behind the fat and bent driver’s back, under a curved tinted window slashed by flying trees, beech, chestnut,  lindens, their gray-green leaves dusted by city winds, exhaust, pouring overhead, and then the pop-flash of hot sky and finally Harper asks Mrs. Patel, who has this tar black hair and tar black eyes how it was when she lost her mom and dad both at once.

This is not a wonderful question, Harper knows (you cough out this question after a breath for nerve)  and Mrs. Patel tips her head, folds her sad chins into a stack, meditating.

“Well. It toughens you up, Harper,” she says. “But I was an adult and you are fourteen? And thirteen when it happened? So, yes, it will be hard for you–”

Mrs. Patel shrugs, covers Harper’s hand with her own. “Maybe later, you’ll be tough like me.”

Harper lives in Port Chester in the house of her best friend Baily’s family, for now, with no feasible relatives to take her, and in the week since her Summer B Ninth went to the Brooklyn Museum, Harper dwells on that decisive thing, the copper box, even here today, in this huge storm.

She is in the room they gave her, second floor, corner, and on her Mac, the museum website, reading about the box artist—that he is dead startles her, as he seems to her about NOW and not flowers on graves or mourning or church or the faces people show an orphan, an instant orphan–and Baily pushes in without warning or greeting, scans Harper’s monitor and says, “You are so crazy.”

Baily in her chopped off jeans and tanned legs with her tanned arms clasping junky food. “What are you even doing?  I mean, now you’re all into this I dunno what, and if you ask me, I can honestly say, you know?”

Baily is tall and rattled of late because Harper has told her, has confided to her, the darkest part of Harper’s heart.

“You’re looking at a crazy thing all day and– Jesus, Harp, you tell me you didn’t even care about your parents dying? You didn’t cry? Not even one time…”

Harper says, “If you ever repeat that about not crying again-“

“I’m sorry,” Baily says at once and looks sad dog guilty because she is so good a friend and they two are allied against everyone, everything.

Harper is beautiful, dazzling, ahead of schedule or her own emotions she is owns a cryptic, contained beauty and knows it.  Does Harper think about the plane spinning down or how long it took or what they said to each other, her mother and father? No. She denies that about herself, but it foregrounds everything, present and inevitable like breath ghosts in cold. Nothing has happened to her, within her, yet. They died, they were killed, nine months past; she was thirteen and lived twenty blocks away, but in a different state, Connecticut, and the leaves were burning and dying and plum purple and you could smell them like sweet woodsmoke, like change, all a lie.

Baily says,” So, I brought Snickers and whatever these are and this stuff with the ginseng you know, and wow, look out the window–end of the world.” She means the weather.

Across the highway, a burning grin splits black clouds too low, too bloaty, too close to power towers. The Mercedes dealership has silver pinwheels which spin and pop on wires. Rain lacerates a pond, a dock. Highway 1 is silvery.

Baily’s family, and now Harper, live in a wooden house on Harbor Street, tan with green roofs and a short yard of vivid wet grass and wet flowers and rocks that shine today. The streets and lanes and alleys seem to Harper to have been always there, always shut to alteration, screwed into formations of commerce or contentment that had nothing nothing nothing to do with her.

What Harper wanted from Mrs. Patel, what she wanted from the grief counselors and her pediatrician, and everyone she has talked to since the death phone call, was one person saying, “Sometimes people feel nothing.”

The box is merciless, beautiful. In her catechism class, Harper learned God says, in Exodus, “I am who am,” and that made her laugh then, but now she gets it. The wind leans on the house and whistles through its slits and gaps. Baily looks as if she belongs here: insane, because she went over to the dark side, changing her hair from blonde to black. She rimmed her eyes in kohl.

She spits as she talks and now takes Harper to her room and they’re drinking iced tea from cans.

Baily gives Harper the zebra mini. In the mirror, it fits. Harper loves her own eyes and puffy lips and can’t believe that she could know such satisfaction or be so selfish and vain, now, (in the history of any family, even happy, whole families, such ruthless vanity) but now..

and even that makes her smile.

Baily says, “What? What are you looking at Harp? Are you even hearing me at all?”

Baily’s her best friend but Harper often hates her, with Baily talking and Harper not listening, trying to play it off as just lost focus, but really hating on her.

The electric sign spelling in chrome bright pant Mercedes Audi BMW is slurred by windowpane rainwater. The sign’s near a stand of birch trees. A blue tints the bedroom.

“You want a haircut in the back like we said?” Baily asks.

Harper’s  iPhone is in a cobalt blue case and her ringtone is a crystalline twirl, a sonic glittering turn, and the phone spins with calls. Every five minutes, new texts, new calls.  The phone twinkles.  Her phone pleas.

Harper’s dwelling on the warm cold hard soft smooth copper, the scarlet mirrory insides, the box empty with sharp edges, a meticulous box, a definition, not a coffin, not pretty, not cute.

She says to Baily, “Dude, what’s going on with your shoes?”

Baily’s running shoes are splitting, sole from upper. Baily says that only Harper keeps track of her shoes, her rides, and Harper goes, “Okay, so, what is that?”

“An LP record of an opera outside at night. They do it in a ruin basically, in like Italy.”

“You listen to opera?”

“I mean, I can, yes. Your point being?”  That she’s a total cunt Harper tells her and they laugh.

“Oh well now I’ll sleep. The famous one,” she says and laughs and Baily laughs.

They get dressed to go out to get looked at. “Make the hole in my jeans bigger,” Baily says and later her mom will say there’s more hole than jeans and when Baily’s mother does say that, Harper will feel a sigh inside, as if disappointed or abused. She won’t look at anything, but points will burn her stomach, points of fury.

Baily will say back to her mother, “Sounds like somebody’s getting old,” stretching the word “old” and making it a question like “Ollld?”

Harper will feel crumpling as when fire eats paper and the paper blossoms inwards, exploding inwards, until it is a black moth. Then she’ll feel an exact nothing. The walls in the gallery were vacuum white. It was the Brooklyn Museum of Art. The box had red lacquer lining like polished nails.+

and is suddenly all, “Shut the fuck up, Deshler!”

She adds, “You’re being so foreseeable!”

She can’t say it.  “Something better dies,” she wants to say.

I believe it is bad luck to speak of beauty before the fact, or theoretically. This belief doesn’t stop me.

I know that there is an alchemical relation between form and function and that this corporation has produced some of the most beautiful objects possible. Marine propellers, for example, or catamarans.

Beauty is about sorrow and loss and while this is obvious in, say, Michelangelo’s Pieta, it’s less so in the young, radiantly smiling faces of Audrey Hepburn or Marilyn Monroe.

Like god or the gods, beauty is not always where you would rationally look for it and habitually springs at you not from the tamed flora of the manse and grounds, necessarily, but the attendant weed field with its fox and nettle.

The whole thing about truth and beauty is spot on.

James Robison has published many stories in The New Yorker, won a Whiting Grant for his short fiction and a Rosenthal Award from the American Academy of Arts and Letters for his first novel, The Illustrator, brought out by Bloomsbury in the U.K. His work has appeared in Best American Short Stories, The Pushcart Prize, Grand Street and The Manchester Review. The Mississippi Review devoted an issue to seven of his short stories. He co-wrote the 2008 film, New Orleans Mon Amour.