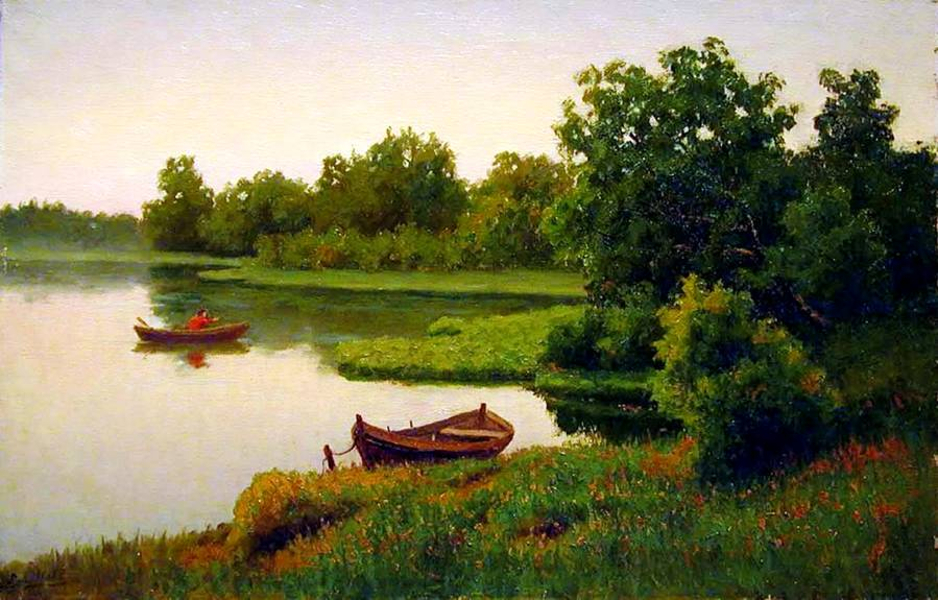 Breezes rustle the cottonwood,
mosquitos rise. I’ve been here
before, watched this same ballet
of shadows and sun crossing
the wrinkled surface of the pond, seen
tiny sapphire damsel flies rocking
on their beds of emerald, spied
the pied-billed grebe among
the cattails, followed the harrier’s
arabesque, the challenge is

to take it all in

and leave no trace of the taking, watch
until everything that moves is still,
breathe into that midpoint
where the infinitely large meets
the infinitely small—where looking
dissolves into seeing, listening into
hearing—be held in this
moment between lake
and shore, between what I touch
and what I feel.

I haven’t visited the graveyard yet, but
before I leave I will. A customary pilgrimage,
to wander among the local dead. I like this
way of reading
a place’s past. Like the quiet.
When I go, I’ll seek out one neglected headstone,
clear away some thistles, note the
timespan (quick calculations) and perhaps
a fingernail of Bible verse in carved
italic script. Some Confederate whiskey
voice may come belling forth
his family name in granite capitals. Perhaps
the very name of the street behind the one
I’m staying on. And in relief, a kneeling angel,
or two slender hands lifted and pressed
in prayer. This will be someone else’s
loss I’m looking into. Another person’s
place of grieving and remembrance.

(If anyone is still alive to grieve
in this tightly shuttered town.)

For me it’s simpler, just
a page to read, a plot to tend
in my brief passage. Why
do I do this? Because this is where the living go.

The Gravity of Ground

“Nothing can prepare you for the gravity of ground”
—House Song, Girlyman

Osprey circling overhead, wings hard flapping
down and down and down against
the drag and pull of earth, round and round
above the pond, as all the smaller birds keep
very still. Osprey can’t contain himself, sharp
throaty cries at every turn, warning or
triumph, the only sound in this quiet afternoon.

When finally he plummets, I lose
him behind tall grasses along
the shore. But almost instantly
he reappears, struggling upward,
laboring low, east over the broad dry
lakebed. Before the final vanishing, I still can see
that one unlucky fish—

yanked up out of a deep and heavy sleep
into the gravity of sky.

is not enough
in this penny arcade, my counterfeit
invite to the party clutched at my
tinselled side. Testing the spin of the room,
here under false

cover, no-good reason just a good
enough story. But oh, how my generous
flesh betrays! Flowers peeling
off the wall, there’s the ticket – and I so desperately

wish to fold myself into this sisterhood of bonegirls
lying crystal sharp, hipbone laughter, chainsmoke
bragging of a cool half-dozen
parked at death’s door.

While here I come sliding in, turning it all to
a three-act play with props & circumstance
& my single well-rehearsed line
about the war.

Dense languid afternoons of
heat on stone and glass and
tar we would escape
into the tiny Thalia’s chilly
flickering dark an hour or two or
three, I almost can remember
Buñuel or something
similarly surreal, we
were surreal that
year

And now the name comes back: Viridiana
though really that’s all that’s left, a
telegraphic dash and dot of plot
and atmosphere, I think it
ended badly it always
ended badly and
patiently we
dissected why
when we emerged blinking from the shadows

Sometimes we argued. I
think we often argued,
I’m trying to remember
what that was about, it
mattered very much
at the time, arguing always about
something about us we hadn’t
figured out, though I really can’t
recall except, perhaps, the sudden pull away of hands

Beauty is heavy stuff. Beauty is light.
I feel something tidal, a delicious pull
where feeling and thinking circle one another.
Beauty strikes a chord. Something resonates.
The light catches its own glancing. 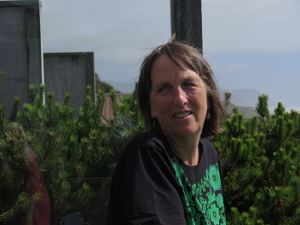 Poet and translator Karen McPherson is the author of two books of poetry: Skein of Light (Airlie Press, 2014) and Sketching Elise (Finishing Line, 2012). Her work has appeared in numerous literary journals including Beloit Poetry Journal, Descant, and Potomac Review. More at: kmcphersonpoet.com.