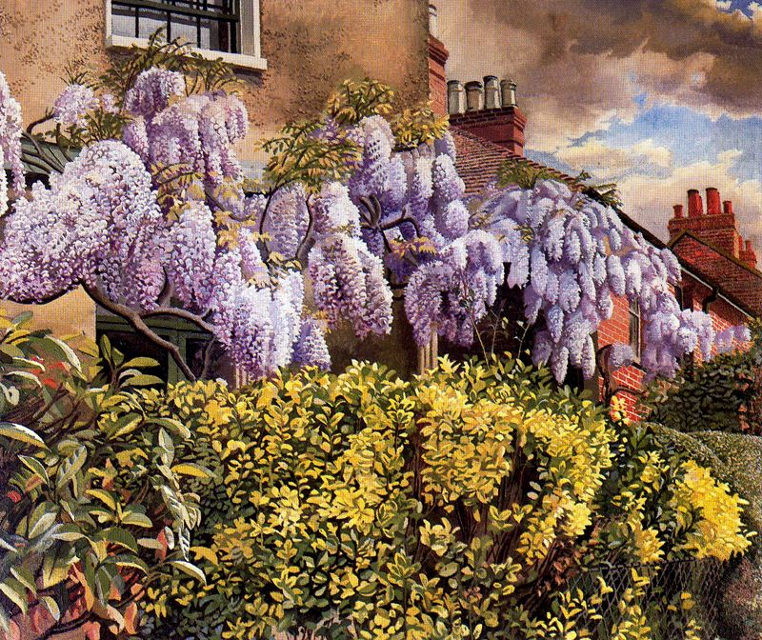 Was that you I saw last Wednesday
standing pressed against a lunchtime
crowd, halted by a blinking light
staring far into the blue?

Was that your wide mouth
wearing such thoughtful eyes,
were you maybe wondering
if the sky knows clouds
when they have gone?

Teach me to sing like wind, instruct me
in the way of water while I weather
as sculpted sandstone and waste to
clean marble. Give me nature as my
first and last mirror, the scent of dusty
beech and winter pine are the mix of
you and me after a trek over earth’s
best body. Your skin is my heart. I
wear it like a memory of chocolate:
delicious, desiring…always.
Or the softness of cut bread,
fresh and warm, moist—you know
what I’m talking about. The taste
of the sea, the crashing of all the best
waves on the shore of a body that has
no stillness.  Grains of sand can’t sculpt
the meaning of my loving you.  The
moon cannot fill your eyes, and no
bird has ever sung the whisper of your
breath sleeping. Maybe you knew softness
in your first favorite warm sweater, but
I have known tenderness only in your arms.
Such gentleness I know in your step that its
slightest agitation becomes an earthquake
to my consciousness. I never asked
for all of nature to be found inside of you
—never would have dreamed it possible.
But when the storms of your own desire
take hold, I can lay there like an
absolute teenager in a summer storm:
mouth open, face to the sky of your eyes,
all the rains and waters of your desires
flooding my every sense, sensing my every flow.

the religion of medallions

he began understanding what he loved about her
after she’d left, which was sad to neighbors
who watched him weed their front beds: fingers
weaving beneath the soil unseen, raking
rooted grasses, coming up with handfuls,
tossing them as she had behind to be mowed
over later, after the bed was finished, after he
had gone to the next and stayed there until dusk
knowing the mower would have to wait another day.

in the house,  he cut sirloin steak into thin medallions
—because he didn’t “need that much meat or cholesterol,”
because he “could fill up on salad”—placed the smallest
dollop of butter into a heated pan, seared each medallion
on one side by pressing the back of a fork evenly along
the meat as she had, grinding pepper over the other.

sprinkling a pinch of provence herbs they had brought
from france, he turned the cuts over, which is where
she pouring a glass of red wine would splash some
into the pan soaking each rare slice before lifting
the skillet and sliding two medallions onto a plate, next
to a serving of olive and garlic pasta placed there . . .

he lifted his plate, his glass, turned toward the table
but set them again on the counter so as to pause
to  press the wide cork into the bottle of provence
herbs and place it into the cupboard where they
had seen it together and she had said she wanted
nothing to remind her of him, which felt odd now
closing the cupboard like a curtain to a chalice, taking
such care of everything that reminded him of her.

Grandma looked at me
on her doorstep, morning sun
behind me lighting steel, silvery
wool of her hair, her eyes glinting
moist as she looked down
to see a suitcase in my hand,
then up staring carefully
into my eyes, adding to all our
understood silence the crisp
dry-leafed rustle of her voice:
“The thing about love is, if it’s
good enough to begin it might
be good enough to continue,”
and she stepped away from
the frame, turning toward her
kitchen saying, “You know, Nick
used to kid me it was all about
the comfort with whom he
wanted to share his morning
coffee.” With this and the frame
still empty before me, Grandma
added, “I just happen to
be putting on a pot.”

The side I take is the seaside
not the light or dark side: a cliché
from angst of modern times.
Rather, the seaside is endless
in unknowing, infinite in
definitions of untamed lines,
a ribbon lost in universe of water
and stone, sand and wind
brought together in a rise and fall
of the same respiration I know so
well in you: the calm almost unmoving
waking hours of dawn barely hearing
or seeing your chest move, the bright
choppy morning hours of activity, the
steady wave riding hours of midday
frantic in its always changing approach
until a steady patterned roll of twilight
brings on one more late, calm sea
of rising and falling as we make way
to safer comforting recess of dreams.
The seaside is a breathing, living
landscape, like you, and I will spend
my lifetime loving it, respecting it,
wanting always to be near its shore.

Beauty is an art of finding comfort unexpectedly. It’s like the feeling of blowing warm air into cupped hands while being outside on a cold, fall evening.  Less something defined than experienced, beauty provides that ease of absolute knowing.  I see, for instance, my first granddaughter holding up something scribbled or drawn with care, perhaps a shell picked from shoreline, a stick, a rock and turning it to face me saying “Isn’t it beautiful?” with a sureness that doesn’t abstract what beauty is but only that something IS to be full of it. In contrast, if I show her a rock or stick or shell I happen upon that she does not favor, does not find beautiful, she will not flip the coinage over calling it “ugly,” but rather will just say, “I don’t like it.” Is this a hint of the Orwellian paradox or perhaps the non-discriminating clause of childhood before adolescence? I’m not sure, but much is to be gained from embracing such a childhood perspective that all things may contain beauty, even as we realize those we prefer are to us more beautiful than the others because from them we gain a greatest ease of comfort.

In short,  beauty is the nature of comfort. It is that ease of absolute knowing, most easily realized through our comforts in nature but greatest when we recognize it in the nature of ourselves or, even better, in others. 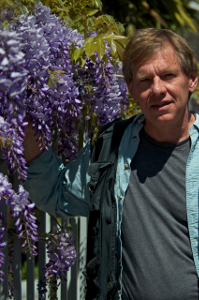 Kirk Hathaway is a graduate of San Francisco State University’s Master’s Playwriting Program with works produced in San Francisco, San Diego, and Ohio, where he collaborated with The Lancaster Chorale and Grammy Award winning composer Robert Page for a dramatic monologue and choral arrangement, as well as a piece for narrator, chorus, and mime produced by The Chorale and a protégé of the late Marcel Marceau. Following a head-on collision where he was left for dead, Hathaway retreated from playing with a multitude of characters to find more intimate voices in poetry, still expressing there the dramatic lives of characters which he continues to explore. His poems have been published in Steam Ticket Journal and Circle Show and recently accepted for Allegro & Adagio. Essays and articles have been published in West Coast and online publications.