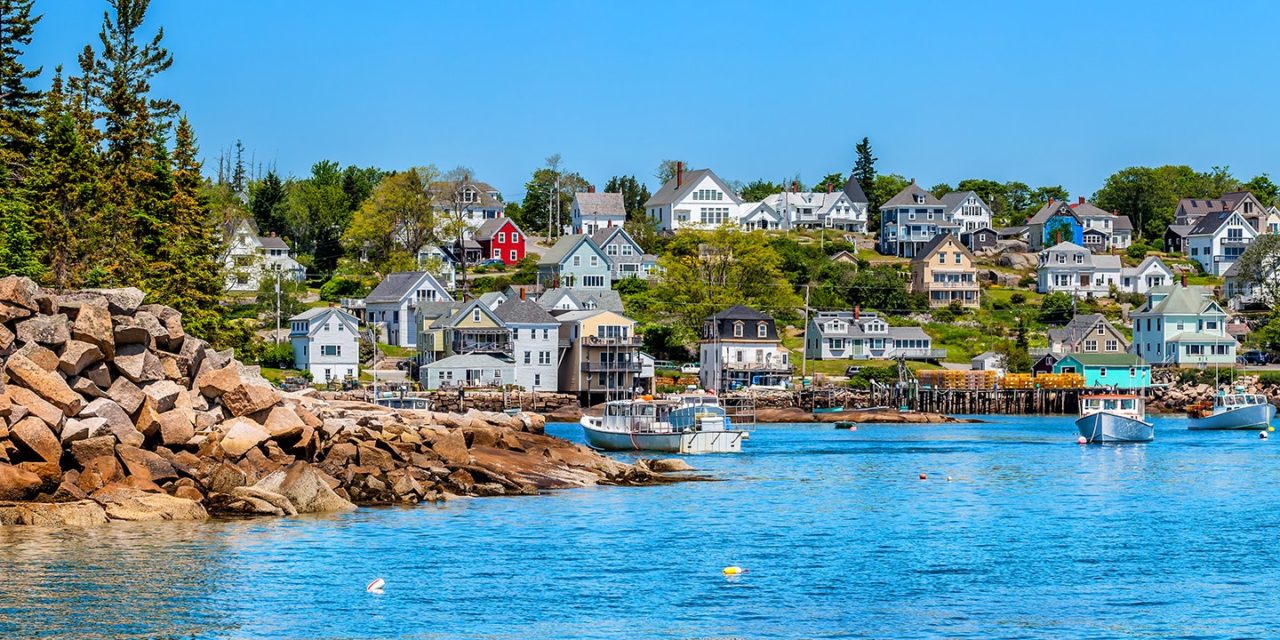 Old houses in Essex are as well-kept as citizens.
At each front door a hand painted plaque
discloses who lived and worked there:
cooper and shipwright, blacksmith and doctor.

In every season bright Polartec vests and sneakers
walk vigorously with large black poodles
around and around the one square mile block
neat as floss around an aching tooth.

When James Merrill wrote “November Ode”
dishing about a failing family grocery,
the last of its kind, in the borough of Stonington
(dead mouse and decimated shelves)

did he worry when it appeared in the pages
of The New York Review of Books?
He should have. They read in Stonington.
Balance your ambition with their privacy, Poet.

Merrill had been gone three years
when I settled into his corner of Connecticut.
The villagers still would not say in polite company
the cause of his death. It was AIDS.

Mention of Merrill’s name brought up “November Ode”
and whether his infraction of WASP code, Thou shalt
not gossip in public, was more or less forgivable
than shaming the villagers he’d made famous.

Essex has its own eccentricities
and I could poke a little fun at our distinction
between exercise (a virtue) and yardwork
(a chore for uniformed men with accents.)

I could point toward the top of our street
at Millie, the life-sized statue of a beloved
black poodle who regards her former home
across the way in a pose of eternal vigilance.

but I don’t know how much harm is done
by unwrapping local talk and local grief
for a wider public. Most mornings I walk
down a pretty hill past three churches

will rise above the pews, tumbling
in the windows’ jeweled light until they’re
meek and smooth as river stones, released
of the private sorrows they’d accrued.

In fifty years there may be more left
of Millie than of the woman who loved her
and the woman who agonized over
immortalizing her village in this poem.

Still, walkers and their well-trained dogs
will make their way to the riverbank
past well-kept houses, the elegant cemetery
and Millie, good girl, who waits for us all.

All day the river moves

at night it picks up     leaves
black laughter     proof of life

when you go     promise me
you won’t go silently.

An act of generosity
is anaerobic intimacy.
Weakened by publicity
its fertilizer’s privacy.

I think of you, my friend, whose libido
has never rubbed against me and never will
when we greet each other, whose tongue

will never oyster its way past my lips.
For every hour we’ve kept company
over our kettle of unsavories

stirring and schmoozing and stirring
there’ve been three more of sober truth-
telling. Joy in your company.

Your trim hips wrapped in my fur
–faux fur–bathrobe. Your star turn
in a towel turban and my Swiss night cream

your prompt replies to weepy texts
your rage at anyone who’s done me wrong
your broad soft shoulder, buoying us

It’s a cold mid-November Sunday and the local birds have realized we’ve hung the feeders. They flit in and out, chickadee and jay, as three young squirrels, probably on their first forage, eye the tube of sunflower seeds. One hops back and forth along the closest pickets of a nearby fence. Another has climbed the dogwood branch from which the feeder is suspended, hanging by his toes, white belly stretched, forepaws clawing at the air. A third sits among the cracked shells beneath, feasting on what’s been cast aside. Beauty is here in each creature’s hunger and action. And in my watching. 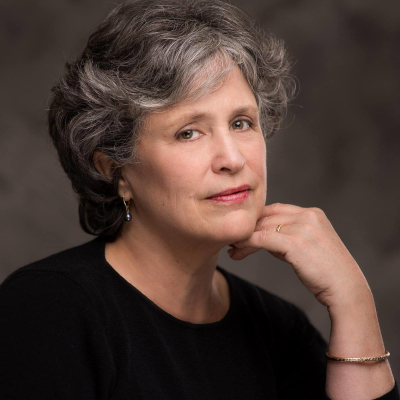 Leslie McGrath is the author of three full-length poetry collections, Feminists Are Passing from Our Lives, Opulent Hunger, Opulent Rage, and Out from the Pleiades. She has been called “an oral historian of the alienated” by poet-critic Grace Cavalieri. Winner of the Pablo Neruda Prize for Poetry and the Gretchen Warren award from the New England Poetry Club, her poems and interviews have been published in Agni, Poetry magazine, The Academy of American Poets, The Writer’s Chronicle, and The Yale Review. McGrath teaches creative writing at Central CT State University in New Britain, CT and The Graduate Institute in Bethany, CT.