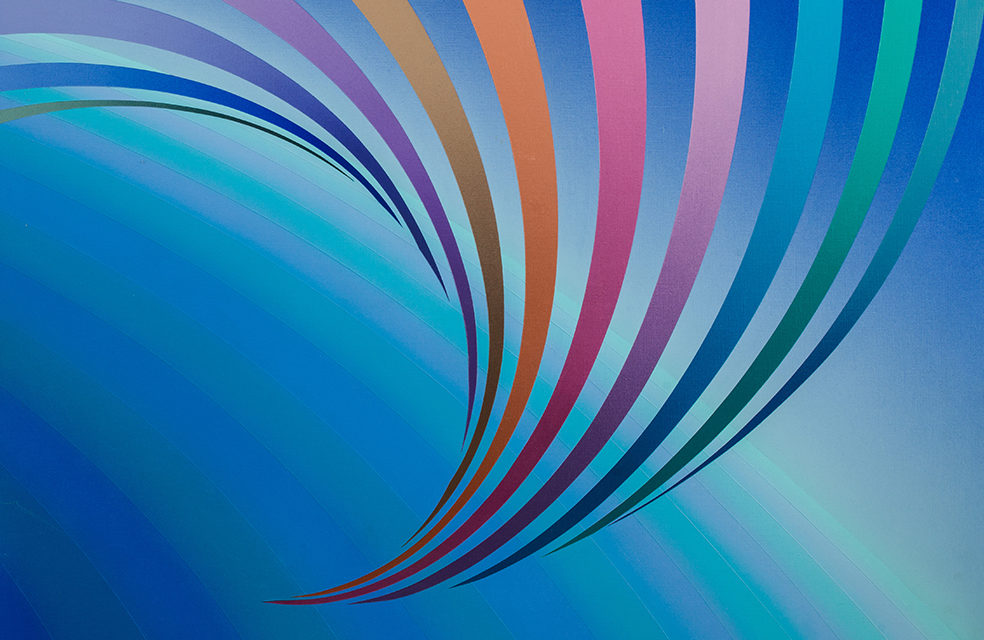 The Kaleidoscope of You

It is always hard to write about a long-lost love. Or in this case a love that could have been but sadly wasn’t.

We fell in love. Maybe. Not really. Absolutely. Yes. Not a doubt.

This is how it happened.

I told you your name meant candy in Spanish. Well, not quite. I only said that because I had misread it and changed one letter making it a completely different one. Maybe it was unpremeditated but knowing myself like I do I would say it was not. I wanted your name to satisfy my craving for that sugary taste in my mouth. And that was when I first saw the kaleidoscope. I saw it when you smiled at me. A smile that made me spiraled in a mountain of crystal rock and pink gems (pink because it is my favorite color) and after that first time I saw a variation of that same kaleidoscopic pattern only once again; when you touched my hair the night I was a little lost staring at the moon sitting on your lap and you said I was a queen.

I never saw it again.

But I kept staring at the kaleidoscope. Waiting for the light to hit it and make me see more of you.

I did not have to wait for long. We were wandering. I told you I loved to wander. And you were telling me a story. I told you I loved your stories. It was about this waterfall in your country. As if you were not heavenly enough to me you had to come from a land that is literally so high up in the clouds they call it the Kingdom in the Sky. I could smell the rain-wet earth. I could see the stars shinning fiercely at night without the city lights attempting to eclipse them. I could actually feel the ethereal dew from the cascade splashing right in my face. And I could see the colors. Because whenever you talked I saw the shimmering sequins of your dreams and your passion. It exploded right before my eyes in a million golden beads than hung from my lashes dazzling me.

It was almost the same with your laugh. The scintillating rhinestones of your laugh made me smile without even knowing the reason. It was so loud, so cheerful, so truthfully fake, so honestly shallow. Made me believe in a perfectly rehearsed joy you were not feeling, deceived me into thinking you were simple and carefree, into thinking you were or at least could aspire to be happy. The rainbow –like sound cascaded through my ears, trespassing into my soul and it was nothing but pretty bubbles bursting as soon as I came closer. And then your words and your sweet nothings. It was sickeningly spellbinding. I was yours. You had me right then and there and you could have done whatever your whim wanted with this confused little girl. But then I saw the way you talked to others. You have a way with words but you need to work on your silences. It was what you didn’t say what could have made me listen to you. But I didn’t actually listen I just saw the words dancing in front of me, engulfing my heart, lying, deceiving, making me feel the only one in your world, because you were the only one in mine. But apparently you had many, many favorites.

I just don’t see your strassy laugh anymore. That particular sequence the geometric forms followed is gone forever. It has been replaced. It shifts and the colors are hypnotic now. Blue and deep purple. And it doesn’t glow. It follows me. it obsesses me. I need to know more. The night you told me about the scar. The night you were not laughing anymore, not making jokes, not living. I don’t remember your eyes. I remember the sound of your voice. Haunted and utterly sad. The colors kept getting darker and the void threatened to suck me in. I wanted it to. I begged for it to devour me. I wanted to stare at the unfathomable mystery of your soul. The one you had hidden within. The one you didn’t want to let me see. And just in case you were wondering, the one I still want to see.

That was the night you kissed me for the first time. You leaned closer and your lips were on mine. I couldn’t even see the colors anymore. It was blinding. It was all white noise and falling stars. The lights started to dance behind my tightly closed eyelids. Neon and the stream of a comet tail. And when I opened my eyes I cried a little. You asked if there was something wrong. I didn’t quite know how to tell you that I had seen it. I had seen my heart shatter. I had seen the pain and the emptiness. I saw it in an instant and I swear I couldn’t explain to you the vastness and obscurity of such a feeling. I just hold on tight. Tighter. Because I thought if I hold you tight enough nobody could be as cruel as to rip you off of me. But even then, even holding on to you I knew you had been always meant to leave.

It is the façade you put up and every time I looked at you my world was turned upside down. I could never see the same you I had seen only hours ago.

I only saw the kaleidoscope of you.

I saw the red soft edged jewels of the “I love you’s” I never responded to. Not until the last night. Not until the certainty of not seeing you ever again sank in and the hopelessness clouded my eyes with little tears becoming faceted diamonds like the one I told you, you should put on my finger one day. There is a little secret, don’t tell anyone but the only diamond I ever wanted shines inside your heart (I sometimes dream one day I’d get to wear it on my finger)

I still have that bracelet with rounded beads you gave me. Well the one I took from you. Because I am like that I see a pretty thing and I have to have it. I took it from your wrist and put it in mine -never even asked for it- I liked it but that was not the reason. I wanted everyone to know I was yours. Also, embarrassing as it is for me to admit it I just wanted to touch you. The pattern opened up like a flower and danced for me whenever I got to run my fingers through the soft velvety skin of your arm.

It couldn’t be a long distance relationship because there wasn’t any relationship to begin with. Three weeks sounded like a very short period of time to me. And once we were apart, how were we supposed to create something from scratch in opposite sides of the Atlantic? Yes, there was that too. An ocean stands in our way. I know it’s incredibly romantic to defy it but it is also a little naïve of us to try. Because we thought we were going to be fine being at least in the same hemisphere of the world. You in Africa, I somewhere in South America. We couldn`t. We can’t.

And if somehow it sounds like we are still a thing that is because we are.

With my brief answers and your sporadic and failing attempts at reconnect. With my stupid excuses and heartfelt lies. I don’t want to talk to you. I don’t want to keep attached to you and more importantly I don’t want to love you. But guess what? None of this matters because I still do. I cannot let go. I have tried, trust me. I still try but I just cannot seem to get it right. I need to know you are there, that you are part of my life. Gems bouncing in the mirrored surface and as they fragment into little stars that shine only for me I know I won’t forget you. It will take way too many years. And I only have a lifetime.

You know what? Last time we spoke I said I was still yours secretly hoping and praying not for long.

There is something I never told you. I said I saw your aura. I believe in that, I can see people’s colors. And to me every color, every shade and sparkling nuance has a different meaning. I said I saw yours. But I didn’t want to reveal exactly what I saw. I can tell you now. I saw a kaleidoscope. It changed, it shifted, it made me dizzy, it made me want to discover all the different ways it could spin. All the different patterns. But they are infinite did you know? And I only have a lifetime. Well I only had three weeks.

There is something else I never told you. Maybe you have guessed by now. I love kaleidoscopes. I can be trapped by the colors and the glittery shine forever.  Did you know you can never see the same pattern again? Once it is gone, it is gone forever. It is like that with you. I will never know you and that terrifies me and at the same time it makes me want to stare. It makes me want to keep hypnotized by your lotus trap. Makes me keep loving you even if I may not see you ever again. And you know why? Because there are so few things in this world that are real magic, kaleidoscopes and you are among those, and I have been told you should better hold on to those fleeing starbursts of eternity if you want to make your time here count.

Beauty is that single second of eternity in which nothing can happen and everything is possible. A million moons bursting while a spellbinding white silence erupts, engulfing it all. While the trail of stardust and the delicious naivety of my mouth on yours whisper promises we could never keep. Holding on with my fingernails devouring flesh and bone, wrecking one by one your defences.
Collapsing on the ethereal touch of your skin tight and primal against mine. The sugary smell of your sweat invading my world, lingering on my body, pervading my soul. Passion, hot blood and white lies.
A second when magic echoes the here and now. Beauty is when we explode into each other, all shallow breathing and quivering lips wanting to say things our eyes had long ago shamelessly screamed.
Beauty is us trying to cheat time, urgently pretending the clock has stopped and there is only you and there is only me…
And there is only beauty. 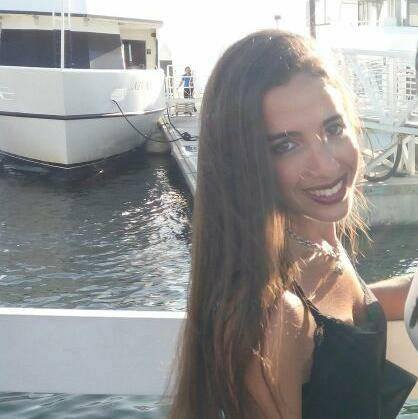 Maria Agostina Biritos, from Argentina, is a twenty-seven years old  lawyer with a writer’s heart. Her pieces explore Beauty and Romance in a non-conventional way, with a touch of magic and a taste of madness. Her other works include: ‘The way he makes me feel’ (Coffin Bell) ‘Why was he eating red velvet cake’ (Soft Cartel) and ‘The summer I was charged with reckless loving, and found guilty’ (Bella Online).