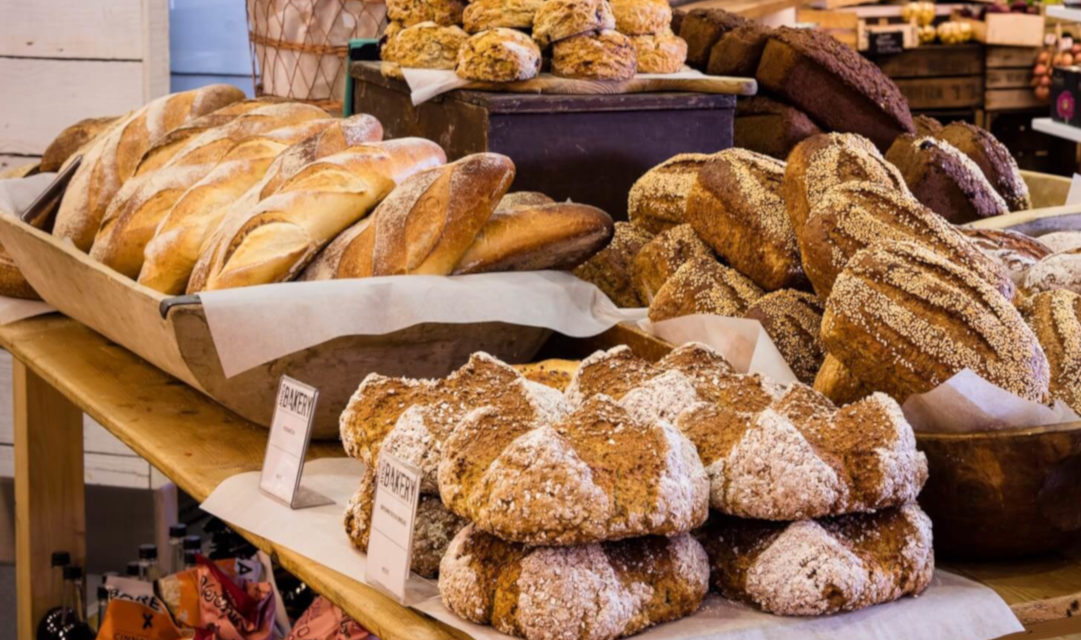 It was 1960, an unremarkable year by any standard. At the end of mass each morning the priest would pray for the conversion of Russia, and it was a little worrying that the Soviets had launched a rocket into space. It did not seem as if atheism had undermined their scientific ability to any great extent—or limited their capacity to build a bigger A-bomb. But in this small corner of the world there were more immediate things to worry about than the threat of thermo-nuclear war.

Mrs. Moran owned and ran a small shop on the corner of Abbey Street. She sold everything from toffee bars to boiled sweets, from cigarettes to ice-cream, from lip-balm to hair-oil. But her biggest seller was bread; she also owned and ran a small two-man bakery a couple of streets over towards the golf club.

A rusty third-hand Atlas panel van full of loaves would arrive every morning at the shop. The van driver who looked like an albino ghost because of constant contact with flour, would transfer the loaves—ducks, baps, turnovers, rye and soda bread, and chunks of Chester cake– from the van into the display window of the shop.  He would wave away the flies as best he could.

The ladies of the town would arrive at the shop for their daily bread. The first few would arrive within minutes as if attracted by the irresistible smell of freshly-baked bread.

Another regular customer was Father Bastible, an elderly priest, who called every morning for twenty ‘Sweet Afton’, untipped. He was fond of saying that it was the cigarettes that kept him going. Mrs. Moran would smile but make no response; it seemed odd to her that he would put tobacco above the grace of God.

He never bought bread for the Presbytery. That task fell to one of the priests’ housekeepers, a widow named Mrs. McCauley who always wore a red beret, sloping to the left. She would have to carry several loaves in her wicker basket up the hill to the Presbytery. Sometimes, she filled a second basket with loaves for the Mercy nuns whose convent was on her way.

As Father Bastible grew older he began to forget things. He forgot the name of his brand of cigarettes, ‘Sweet Afton’, but Mrs. Moran would place the correct pack on the small marble- topped counter near the weighing scales. He had long-since given up the effort of assembling the correct change, so he would simply stretch out a long pale hand and let her pick the appropriate coins from his extended palm.

“’Bye now,” he would say as he left the shop. It was clear that he had forgotten her name.

She often thought how awful it must be to lose memories and the names of people and everyday things. The names just dropped away like flies into the melted tar of the road, never to be recovered. She imagined that one day soon the Monsignor would have to send Father Bastible off to the priests’ retirement home in Castlerea where he would end his days in a fog of bewilderment. It would be a pity. He was a good priest and he had given some fine sermons to the women’s sodality. He would regularly advise his female flock not to wear lipstick when receiving communion; it was disrespectful to the priest and to the body of Christ. Mrs. Moran agreed with him. She took religion seriously and contributed ten shillings to the Easter dues, an amount which put her at the top of the league table, published in the local paper, along with the doctor, bank manager and book-maker.

Father Bastible also began to say odd things out of context such as fragments from the mass—ita missa est….Suscipiat Dominus de manibus tuis…Introibo ad altare Dei….He seemed to have a better memory for Latin than for English.

On a crisp morning in early Spring with a diffident sun in the sky and a cool breeze from the west, Mrs. Moran listened idly to the radio behind the counter. Someone called John Fitzgerald Kennedy had won the nomination for the Democratic Party. He promised to land a man on the moon before the Russians. She hoped he would deliver on his promise. It would not be good for the world or for religion if the Russians got to the moon before the Americans. Then she heard the sounds of the bread van sputtering to a halt on the street outside. As usual, she went out and joined the white-faced driver at the rear doors of the van to begin the task of transferring the fresh bread into the shop window.

They just had the doors open when Father Bastible appeared around a corner. Greetings were exchanged. He stopped to breathe in the soul-warming smell of all the different loaves. Then he raised his arms and stretched his long saintly hands towards the warm contents of the van and solemnly intoned, “Hoc est enim corpus meum….For this is my body.”

Then he went into the shop for his cigarettes. The van driver was about to decant the bread, but Mrs. Moran, with racing heart, shouted at him to stop.

“Don’t touch the bread! Close the doors of the van and lock them.”

With a puzzled expression on his face, he did as he was told. Mrs. Moran went into the shop and served Father Bastible his Afton Major. He left the shop and walked along the footpath humming to him-self as he prepared to light a cigarette.

Mrs. Moran closed the shop— the first time in her life she had ever closed during the working day. She sat in the passenger seat of the van and told the driver to go immediately to the Presbytery in Convent Street. She had to talk urgently to the Parish Priest. The confused driver asked her if she was feeling all right and was promptly told to be quiet and to concentrate on his driving.

The Monsignor listened carefully to Mrs. Moran’s account of the event which had just taken place. He nodded his head judiciously.

“You did the right thing, Mrs. Moran,” the Monsignor said. “It’s a difficult and delicate theological conundrum. It’s not for us to judge whether Father Bastible has still got….What I mean to say is that transubstantiation may well have occurred…..”

“That’s what I was worried about,” Mrs. Moran said.

“Don’t worry any more about it, my good woman. Leave the van here for a couple of days. We can de-sanctify the bread. I may have to get the Bishop to do it. Then, I’m afraid all the loaves will have to be burnt in a cleansing fire.”

Grasping the issue at last, the van driver pointed out that the load included Chester cake and barmbrack with raisins and sultanas. The Monsignor conceded that these items were not bread in a traditional sense, but nevertheless, they contained essential elements of bread.

“I understand,” Mrs. Moran said. She was not going to argue with the clergy and was somewhat miffed by the van driver’s token objection. She would just have to bear the costs and make sure the van didn’t arrive in future while Father Bastible was on the prowl in the vicinity of her shop.

“You have done the right thing. God will reward you.” The Monsignor blessed her by making the sign of the cross with his right hand.

Mrs. Moran and the van driver left on foot, leaving the laden van behind. When she reached the shop she found some irate customers pounding on the door. She had to disappoint them further by telling them that there would be no bread to-day. For some reason she declined to tell them the true story and this irritated them further. Some of the customers said they would go to Ballymurray or Four Mile House to buy their bread and it was intimated that this could become a permanent arrangement.

Two days later the van was back in commission and the shop was back to normal—more or less. The visceral smell of bread emanated from the shop window. Orders were filled. Most of the customers seemed to forgive the unusual lapse of two days ago.

Mrs. McCauley, the priests’ housekeeper came in wearing her red beret. She ordered butter and marmalade.

“And the usual order of bread?” Mrs. Moran prompted.

“No thank you.” Mrs. McCauley adjusted the angle of her beret slightly.

“So, just butter and marmalade.”

God might reward her, Mrs. Moran thought. But she would have to wait until hell froze over before His priests would do so. They were already enjoying the miracle of loaves—probably the nuns as well. She resolved not to pay more than a single shilling in Easter dues next year.

When Father Bastible came in later for his cigarettes and held out his hand with an assortment of coins in it, she helped herself to an extra three-penny piece.

‘Beauty’ is a word that poets hate to use because it is too big and lazy, yet they love the concept behind it, whatever that may be. Owners of bull-dogs no doubt think their pets are beautiful. American Generals no doubt admired ‘shock and awe’ as it played out in Iraq. Spartan soldiers thought death in battle was beautiful. Go figure.

Who could not be sent reeling by seeing the Grand Canyon for the first time? It has a visceral effect, whereas a less grandiose view of a moonlit wood might be more serene and ‘reflective’. So it’s all relative.

Well, not quite. For this modest scribe, absolute beauty inheres in the faces (and expressions) of my children. It has something to do with purity and innocence (and probably a dash of DNA.) Absolute beauty has a spiritual or transcendental dimension. Without that, we are back in the morass of relativism. 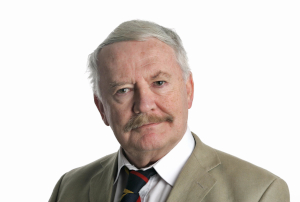 Michael G. Casey is an Irish national, married with three children. He has published five books, including Come Home, Robbie, The Visit, and Treadmill–a prize-winning chapbook of short stories. A collection of poetry, Broken Circle, will be published next Spring. Several individual poems and short stories have won awards. Six of his plays have been produced on stage by the Umbrella Theatre Company–one of them in the Henrik Ibsen Museum, Oslo. He holds a PhD from Cambridge, U.K.