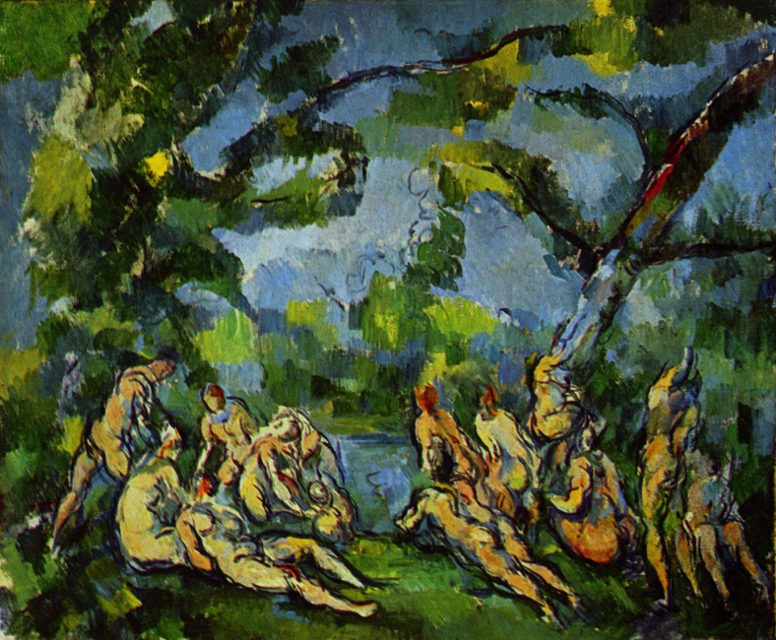 When Doug headed for the swimming hole, it was clear I wasn’t expected to join him.

You learn how to evade them.

Choosing to swim allowed Doug to show I wasn’t wanted, without the aggravation of having to tell me.

I looked at my fingernails, and pulled at the tassels on my shawl as he walked away. After Doug disappeared from my line of sight, I wandered through the festival in aimless circles. People moved in different directions, lines of ants crossing each other in chaotic fractals.

A rhythmic throbbing pounded the air. It came from a drumming circle we’d watched earlier, a group of women radiant in kaftans and headscarves, skin as dark as the earth. Some had beaten rhythms on djembes gripped between their legs; others clanged dunun bells, their faces knotted in concentration.

A stream of people headed towards the meditation yurt and I followed.

In the west, the sun bled out red and yellow.

I heard the woman before I saw her. A hypnotic voice oozed from a tent the size of a church and sank through the late afternoon heat. Her intonation was magnetic.

The woman was talking about chakras in tremulous tones. She made big circles with her hands, causing the glacier blue sleeves of her dress to sweep in arcs around her. She spoke of energy channels we carried in our non-physical bodies.

To my left, a girl wearing little more than a muslin sheath listened, her lips mouthing the words she heard. I crouched beside her, and focussed on five cream-coloured candles that flickered on the podium beside the woman in blue. The tent was crammed full, so when she asked us to lie back and close our eyes, I felt the intimacy of a hundred strangers. It was a small comfort, until my thoughts floated away.

I remembered another festival, years earlier, where I’d met Doug. I wondered what he was doing at the water hole whilst I lay trying to visualise a golden ball. Perhaps it had been a bad idea to come after what had passed.

But I’d been looking forward to the festival.

I opened my eyes. The woman in blue clasped a patch of tortoise-skin below her throat and described centres of spiritual power. She asked us to float with her in a river. A hundred people, united in breath, emptied our minds together.

When I came out of the tent, muddy streaks of darkness were wiping daylight away. A stone of sadness rotated inside my chest.

I sat in the food tent and pushed my fork through a bean casserole. Words buzzed around me.

How could Doug throw all our years together away?

It’s not you Bethany, Doug had said, it’s me. I need more.

” − in harmony with the cycles of the universe − “

More? Wasn’t I enough? What about what I needed?

Voices enveloped me, joyous, enthused. Perhaps I’d find something in their words that might help me. I tuned in, listened harder.

” − I did a lot of colonics and organic coffee enemas − “

I walked to the water hole, heard splashing and laughter. Doug ran across the grass, his body catching reflected colours from lights strung in the trees.

A girl held his hand. She had feathers tied into her straw-white hair.

They ran towards bright yellow lights and entered a marquee.

Inside, I hid behind two women from the drumming circle. They fluttered like luminous birds, their kaftans billowing around them. A slight man with a goatee beard guided the Biodanza session. He spoke of organic renewal, and life’s new meaning.

Doug twisted his arm around the feather-woman and squeezed her close.

I guessed Doug wouldn’t return to our tent that night.

I rolled my sleeping bag out, and lay half outside the canvas, so I could see the stars.

Contemplating the immensity of the universe, I thought how insignificant a human was, how small my life, compared with the vastness around me.

Doug woke me after sunrise.

“Wanna walk by the river?” he asked.

I grabbed my jacket and followed. A steamy mist rose from the water.

“So?” There was an eternity of questions in the word. I didn’t need to say more.

“Yeah,” Doug replied, and I knew it was over.

I turned away, so I couldn’t read his eyes, and he couldn’t see the tears in mine.

In ‘Renewal’, the protagonist is at a festival surrounded by beauty, some of it ephemeral, other aspects universal and timeless. Yet the hollowness inside her dulls her experience.

The ‘Bethany’ pieces originate from outtakes from my novels ‘Hidden Truths’ and ‘The Iris Tattoo’. In these stories, the protagonist Hannah is a would-be artist who sees the colours people exude.

My mother Lucy’s colours were peach and warm blushes. Her aura matched the tone of her skin. She was an English rose without a blemish on her opaline face.

My father had the warmth of autumnal leaves about him. Red. Amber. Insane lime … He didn’t match his literal colour, his burnt umber skin and teak eyes.

My grandmother was made from deep cerise with bursts of peacock blue. There was the restful green of ocean in Maw Maw too. Yet the folds of skin on her face were made from chocolate. She could sustain and sooth me as effectively as any confectionary.

I believed I knew Steve’s colours. They were the black of diamonds the cerise of tulips.

Sometimes the beauty we see through closed eyes endures the longest. 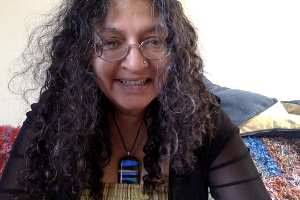