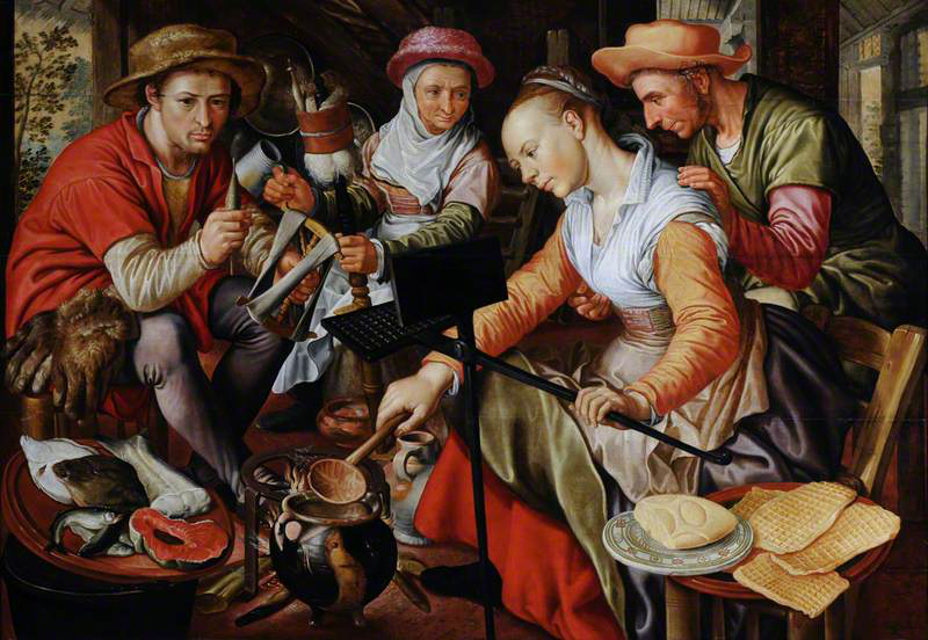 “Gravy, the Grace of God”

Our halos would have touched as we hovered over the stove and the Farrah-Fawcett-sized chicken breasts in their glass dish manger. Had you asked us there in his kitchen only a Sunday after the semester start what they smelled like as they dripped so sensuously, shining like the greased star of Bethlehem, we could have answered only: Christmas morning.

My question lingered in the air of late August, “Do you suppose there’s — enough?” Miracles have a flair for a dramatic entrance and prefer to appear on a cue.

Mr. Wood – Keith, closed the cupboard to the gravy packages. “Well…” said he, looking at the shining pot of potatoes mashed to the point of liquidization: potatoes which his late mother would have insisted were lumpy. He looked to the mantle, perhaps deciding to turn over the picture of Jesus.

And the ritual began:

Gravy is my favorite religion because it is one of unconditional forgiveness. To appreciate the love of our good gravy gods – the Tallow, the Roux, and the Gravy Boat – one must understand the Roux’s prayer:

Oh Lord, that smells delicious.
Drippings crusty stick to dishes.
1 part flour, 2 water and this is
Poured in simmering pan with swishes.

I came to love this stanza when I was just an investigator. The second half of the prayer was given to me only then, at my initiation:

Give of flour for it to thicken.
Give of water if it starts stickin’.
For so it is by beef or chicken:
Amens declared by finger-lickin’.

At last, I was entrusted to the preparation of this thick chrism! At last, my heart converted from a mere organ for blood-pumping into something useful – a vessel with walls for all of this gravy to harden! Harden my heart, O Lord! (Oh Lord! My hardening heart!) Gravy, like the grace of God covers a multitude of sins. I am thy vassel and cruet. Take of thy Boat, verily, thy Boat of Gravy, and pour over and withall and within.

I was bloated. It was great. This was only the second occasion I visited his home, but already we were comfortable enough for him to scoff at me and order that I abandon my fork. The gravy boat was nearly emptied baptizing our chicken for two, mash, napkins, and faces. Never since has Keith nor I figured how that obscene amount of gravy came from Farrah-Fawcett’s skimpy drippings, nor why it came so readily to cover mistakes which never were made that perfect afternoon, that afternoon with its slow, lazing descent into Sunday evening.

Isn’t gravy wonderful? In its wisdom, it has encoded a love letter en recipé. Man is a sizzling saucy drop of chicken grease which inevitably falls from the pathway to the plate and succumbs to the harsh criticism of the pan. We become hard and carry our burns with us permanently after receiving them, awaiting the hour when our cosmic embarrassment is agonizingly ended in the swirling vortex of the pots & pans cycle.

Indeed, it is a dismal fate without forgiveness, but there is hope for those of us which fall (and it happens to the breast of us). The Roux doesn’t just mask our harsh scalds, but bless it, it behoveth to bring us into the umami sap of gravy and, in doing so, we are again not just palatable, but delicious.

In the name of the Tallow, the Roux, and the Gravy Boat, I lick my fingers amen.

Art is only the evidence. In the moment, beauty cohabits with singing, horse taming, kissing, and leaves echoes, aches, and hickeys in its desertion. Beauty is a verb. Beauty is a traffic officer standing barefoot in a congested intersection of time and possibilities, and beauty is the traffic. I am visited by beauty most often in the act of reading. When nose deep in the pages, beauty reads aloud to me the passages I wish I’d written. 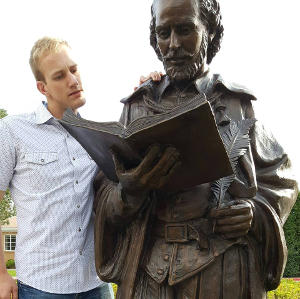