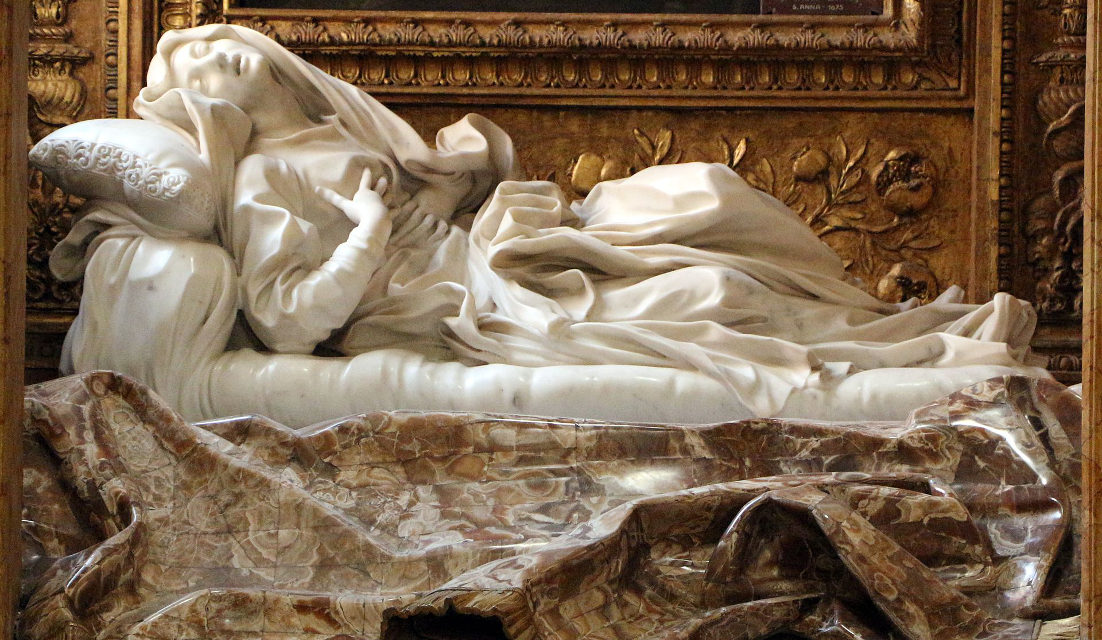 The famous poet said there are thousands
of luminous moments waiting
to be espoused by you.
I took this seriously. At the podium
he considered this very one. A small, still figure
facing a subtly shifting audience,
he meant it. I grabbed my moment
and mentally pocketed the image, which you see here:
a bald man smiling inexpressibly,
impregnating the occasion with silence.

It was a moment thrilling as water
flowing into water.
After the reading, we walked to a café
and talked about these moments
that wanted us to illuminate them.
Holding our tiny espressos we felt like monks
wearing fingerless gloves in the chill of winter cells,
tracing painful curves of a gilded “h” or “g”—
what precise lines of happiness, in flecked evensong
or light on the wall. Moments seared.

We live on a bridge over the river of time,
I think he said. Or later, I did. The constant sound
of history. Memory does land its few rescue boats.
in which we glide as one and hold each other
for moments. Then we dock and go into
the unremarked bin of time, entering
through a central doorway
the unnameable inn of the sea.

At the Inn of the Sea

The earth’s surface has become brighter,
the scientists say. After a century of dimming,
the globe now receives more light
that will flare in the core of each cell.
Flowers will open wider,
and babies will begin talking sooner,
perhaps without words.

It’s spring. Every blossom
in my room at the inn of the sea
speaks of its tender center.
The scallop shells cut me open
with their undulating edges
and pour out perfume and visions.
I arrange them together as bouquets.

I slice a stem and burst open
under its fine gaze, sharp enough
to bleed words and for golden pollen
to stream out, as if the flower
is being reborn inside that crushed place
I’ve carried all this way.

There is certain joy in the physical
bursting free. These wild fragrances.
I stand silent before each cascade
of scent. I kneel, sensing the start
of an epoch of dawn. Within mine
is a more celestial body.

To my mother’s keening sobs
at the sink guilting me,
and the sound bank-shots off
the rising of my husband’s voice,
and then her voice on the phone decades later,
when I’m still innocent of her grief,
until a bird at the feeder tips out
a Mozartian shrill of queenly accusation.

It’s my husband’s keyboard slouch,
the sack of rotted vegetables in the fridge,
a bin of recyclables no one will take out.
Guilt smolders in the relativity of our relatives.
Like the rockets my father launched
from Cape Canaveral, explosions
that defined him as my lifelong flinch
at banged doors, dropped cups,
and sudden, alarming shouts,
it scathes the silent atmosphere.

Einstein’s definition of the universe
was taffy-fluid. So I put on running shoes.
Everything is my relatives.
Relative to the observer’s velocity.
Maybe if I sprint faster, more space
will dilate time and distance me
from them, let me lope ahead of myself
and break the tape—except that time’s

again bending, and I bump into my father,
once a panther, now a prune in a dish.
His mother whimpering at light speed
from her years-long deathbed.
From his father, who rockets
from a creaking chair. Though I run faster,
as Einstein predicted, the more I escape,
the more they close in.

The pull of time and space to my origins
is a black hole now. I travel inside
its sucking well, until, memoiring,
I pull near the heart of it. The one
heart we share, thread running through
Family: love and its thwarting: unless
we attain the speed of forgetfulness.

Yesterday my bedridden stepmother
uncharacteristically said God
was blessing us, blessing her,
and that blessings shower us all.
What makes this shrunken woman
with a broken pelvis lying in bed
feel so blessed? All her ninety-five years
are behind her, she can hardly remember
who she is, and yet

a source of light surrounds and pervades her.
She feels in the falling away
of her body that a mysterious gold
lives inside the swirling dark of dying.
I wonder how she knows
and feels like those who sense angels unseen
how blessed she is.

Many feel blessings around a death.
Like an invisible celebration.
We were all so jubilant after my brother’s funeral.
Why did we have a wake like a party?
And toast him, his music, his generous life.
I think Lisbeth, nearing her last years,
feels this parade
like the one I saw below a window
on the feast day of Our Lady of Guadalupe,
complete with trumpets and cymbals.

Is she part of this procession of joy?
As if her life was a great work
and to complete it is a hallelujah moment.
It’s a dark season now, and so good
to think of light. A new solstice awaits us.
And we turn, as into an open door.

We all gravitate to it, in whatever form, but no one can precisely define what it is. Many adjectives seem apt: harmony, balance, perfection of form. Acts of kindness and spirit are often called beautiful. Elaine Scarry, the Walter M. Cabot Professor of Aesthetics at Harvard, says in her book, On Beauty, that beauty’s impact on the viewer is the urge to replicate it. For me, beauty in its broad sense remains an indefinable, mystical quality like a signpost to perfection. It draws me inward to contemplate. I’ve been affected by beauty’s presence in ways that have changed my life—when I toured the art and history of Italy. Beauty is a blessing that can be found anywhere. I love that beauty is always close at hand, to nurture and still, and to fuel the urge to create. 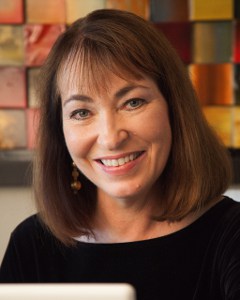 Rachel Dacus’ recent book, Gods of Water and Air, a collection of poetry and prose, follows two poetry collections, Earth Lessons and Femme au Chapeau. Her writing has appeared in Atlanta Review, Boulevard, Drunken Boat, and Prairie Schooner, as well as in many journals and anthologies. More at racheldacus.net.