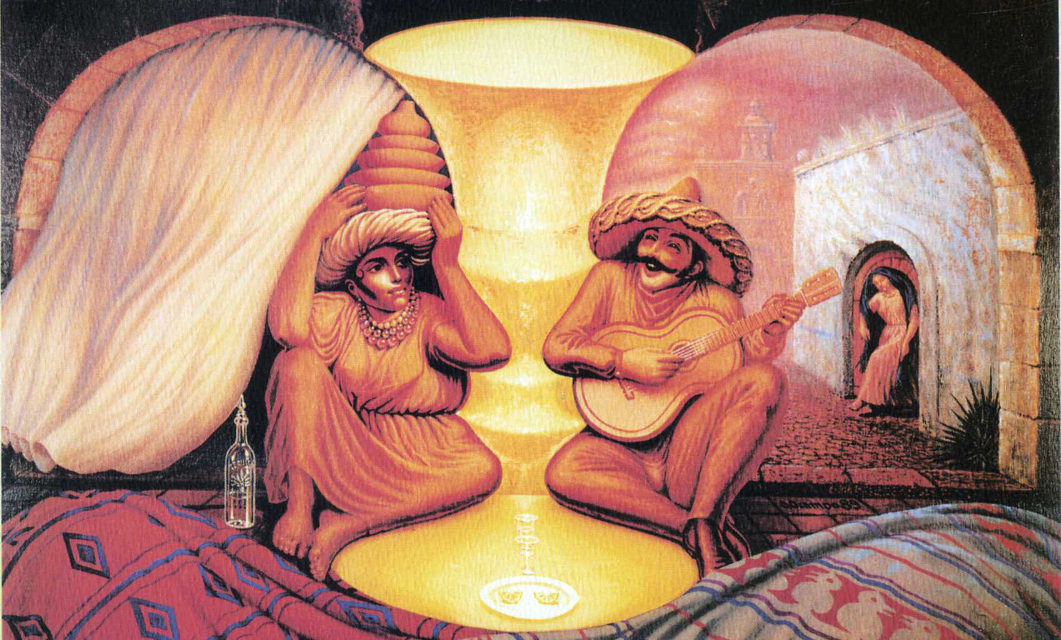 Does he live in the unreal
as if it were no more unsettling
than the routine?
Does he sing, though his voice
box is broken?
Crows damage the sky
and deer lie down with wolves.
It’s important to know what is
happening. It cannot be stopped
but it can be altered.
Does he walk, without hesitating,
through a door, black as space,
that opens, successively,
on a pod of whales,
a great crater on the moon,
a desert like a lion’s tawny hide,
a house in which no one is home
but music fills the air,
a library shelved with books
that haven’t been written yet,
and a theater stage
on which a play is performed,
a play in which he is invited
to see waves crashing
against a landlocked city
or trees floating
like green feathers in the air?

Radioactive coral, pearl sprung from the shoulder
of night’s chancery. The square root of air was coal,
a star of ice, a million mutations of the possible.
The indistinct river became distinct and the eye’s
torpedo exploded the random number generator
in the gray cranium of the ordinary.

Night after night his ghosts drank from the goblet
of rancor and razorblades, of repentance and regret,
in a room frosted with cold moonlight.
They couldn’t breathe in the helium of their distance.
As tenderness drained like blood from their faces,
disappointment flowed in to replace it.
A ceibo red as arterial blood turned brown and died.

A ruffled blue sheaf of feathers—the swallow-
tailed manakin stared hard into day’s first light
as a voice spoke from the battlements of air.

Are you the person, hapless and hopeless,
blown out of a plane blown out of the sky,
the geographer of a mute certainty,
the will of a catapult? If so, you are one I seek,
and it is fortune itself that has brought you to me
through this long and labyrinthine journey.

He wanted to answer, but the voice was gone.
The speech joined the hundreds of others like it
in the museum of unfinished conversations.

Beauty is that rare element of strangeness and elegance that triggers surprise, or even astonishment, in the familiar or ordinary. In the extraordinary or unfamiliar, it can excite a sense of awe approaching, and encompassing, reverence. In poetry, it can be the sonorous richness, the music pitched in an untold number of different keys and timbres, playing behind or in or through the images. Or it can be the images themselves, even if stark, harsh, and atonally expressed—whatever serves to intensify, deepen, or vivify. Or it can be the manner in which narrative is accomplished in a poem or story—telling details, voice, psychology of the characters, and the weight or lightness of their choices—all leading to an ineffable unity of effect—to what might seem impossible were it not so undeniably, palpably present. And last, beauty delights in confounding our expectations of what beauty is or can be. 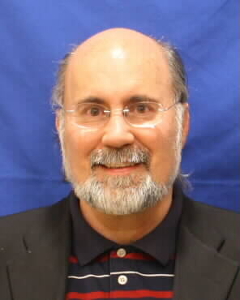 Clif Mason is the Dean of the College of Arts and Sciences at Bellevue University. His poems have appeared or are forthcoming in many magazines in America and England, including Evergreen Review, Southern Poetry Review, New Millennium Writings, and Orbis, and in From the Dead Before, a Lone Willow Press chapbook. He is fortunate that his work has been awarded prizes by Writers’ Journal, SPSM&H, Plainsongs, the Midwest Writers’ Conference, and the Academy of American Poets.