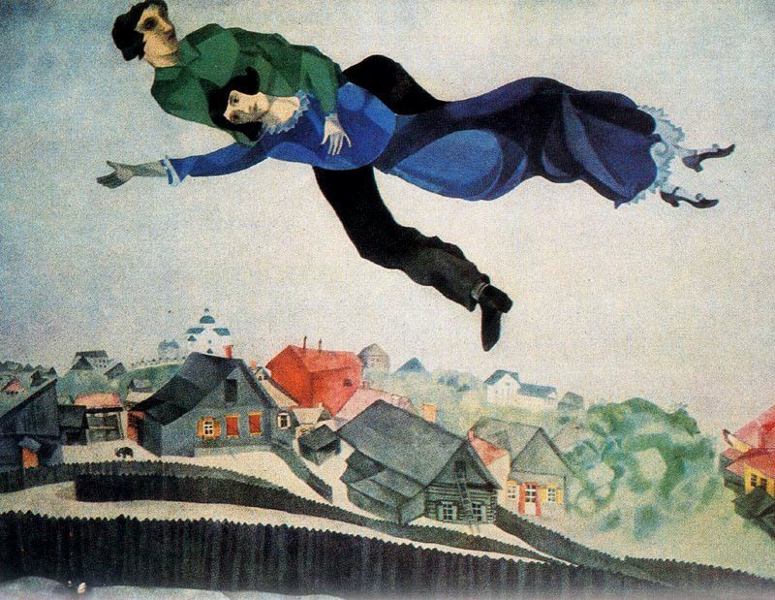 In the grand scheme, the likelihood of me ever knowing Cary Grant was remote as the nearest star: yet there it was.

At twenty-five, I found myself on the brink of divorce and holding down two jobs. Mornings I worked in a tiny, two-person travel agency at the Jersey shore, then I made the long drive to Newark Airport to my other job as Red Coat for United Airlines (basically a glorified traffic cop in the terminal). Somehow my red uniform got waylaid by United, so I wore my own outfits with an ID badge. Maybe it was my paisley blouse and straight skirt with its flirty, front kick-pleat that pulled Cliff in my direction, that autumn afternoon; rather than toward one of the more obvious Red Coats.

Tipping his peaked cap, this very tall, pock-marked man introduced himself as Cliff, Mr. Grant’s chauffeur; saying that Mr. Grant was in the car.

Thinking who the hell is Mr. Grant? I followed him out to a limo parked at the curb. It was that age of innocence — no color alerts, shoe removal, or confiscated liquids. Our one big airport terror involved a Great Dane breaking loose from its travel cage, snarling and tearing across the terminal, with myself and another Red Coat in hot pursuit.

Cliff, so tall, had to bend low to open the limo door. And out stepped Cary Grant! Tanned, silver-haired, older than his movies, more solid-looking; yet unmistakably Cary Grant. And, attentive. To me! Hey, I was thinking as we strolled back inside the terminal — isn’t attentive supposed to be my job? He was chatting, smiling at me. I loved his teeth. Stunned by the whole thing, I mostly just nodded. Then the two men shook hands. Cliff telling me Take good care of Mr. Grant.

Mr. Grant had zero interest in the United Red Carpet Club practically recoiling when I suggested we wait for his flight in there. He said I must keep him away from everyone, that they try and buttonhole him. It didn’t sound good — buttonholing. Then he asked would I please block off the seat next to his, provided it was still unsold. I promised I would. He seemed to relax again, tossing off that famous smile.

Moving quickly I escorted him to a training room (usually empty) behind an unmarked door. Or, should I say he escorted me!

Where did I live, he wanted to know, was I married, did I have children. I kept my answers brief, professional; not wanting to seem like some crazed fan. I could feel his eyes taking me in. I was flattered; also a bit unnerved. After all, I reminded myself, this is Cary Grant.

The training room was hardly bigger than a broom closet, but seemed to suit him fine. Making light chat he sat in a metal chair urging me toward the comfortable padded one. I didn’t feel right taking the better chair, and perched at the edge of a computer desk. He looked strapping but I calculated that he had to be pushing eighty. He said he lived on the west coast but came east for board meetings twice a month. “Coty,” he told me. I nodded with solemnity, as if to say: I’m familiar with the Coty line of cosmetics. It seemed to register pleasantly with him. When the time came to leave the little room for the gate, he grinned saying he would need me to look after him again (my stomach did a flip-flop). It was that same grin he gave Grace Kelly in To Catch A Thief, when he finally admitted in the film that he was the cat-burglar jewel thief all along.

Approaching the gate he looked tense, saying Newark Airport was better than JFK, less crowded. He whispered: New York’s secret airport, and did I know that? I shook my head. I’d never heard that. I felt a little breathless.

Some time went by, my divorce going nowhere and I felt pretty much the same: driving back and forth every day on the Garden State Parkway. Then one afternoon Cliff appeared just like before, saying, “Mr. Grant is in the car.” Jazzed, I followed him out of the terminal.

Each time Mr. Grant came to Newark we escaped to the little training room. He liked talking about his daughter, a teenager, and how he took her places. Skiing. Europe, or out west. He seemed crazy about her. Once, he asked whether I skied. When I had to say no it felt like a personal shortcoming. And reminded me of my own father, how we never did much of anything fun; then I moved out of state.

One particular afternoon Mr. Grant arrived in an outdoor leather jacket, colorful woven sweater and corduroy pants. Usually he had on a pristine suit and tie. I pictured him in that rugged jacket spending time with his daughter, wondering if she came from his marriage to the actress Dyan Cannon. I imagined the daughter as blondish and cute, sipping hot chocolate at a ski lodge while he drank scotch or brandy. Dyan Cannon had to be decades younger than Mr. Grant. I’d heard she was once a Stewardess, that they met on a plane. Possibly Pan Am. I almost told him that I, too, had been a Stew for TWA. How my dad encouraged it because he loved planes, working as he did for the government. But then the government contracts would expire and my dad would get laid off. Eventually it burned his nerves like old wires. Nothing about Cary Grant seemed burned, or remotely old. I decided against revealing this personal history. I smiled a lot telling only what he asked. He seemed happy with our set-up, cracking silly jokes like we’d known each other a long time.

At the travel agency I told my co-worker, Betty, that Cary Grant was going to ask me on a date. I said I could feel it. I was filing travel brochures, and we both nearly fell over laughing. It seemed so insane. I repeated that I could just feel it. I didn’t tell her I’d uncovered a magazine article about one of his early wives, way back, who claimed he made a little giggle when he had an orgasm. I didn’t tell Betty who had this annoying way of mentioning his age. I didn’t care. Cary Grant had brightened my orbit by light-years — isn’t that the point?

After Labor Day the Jersey shore turned into a lonely desert. I had no man in my life; the autumn slump about to become a much darker season. Sure, my stifling marriage was nearly over but weekends alone could be dreary. All those retirees walking the boardwalk. Not exciting older persons like one Mr. Cary Grant! The people on the boardwalk came from retirement villages nicknamed God’s Waiting Room. Clearly Cary Grant was not waiting for God to come and set him free. I knew he wanted me. I pushed that orgasm giggle report out of my mind.

At Newark Airport we continued to stay well hidden whenever he came through. It evolved into a sort of game. Eventually we’d have to come out, walk the long tunnel leading to the gates. Sometimes he put on a hat and dark glasses. I suggested we ride the golf cart which he vetoed as too conspicuous. Naturally word had gotten around. When is Cary Grant coming? the airline employees asked. Sooner or later, I’d say. They accused me of covering, like I had a personal stake in his life! Even Betty was getting pretty charged. At the travel agency we laughed hysterically over nothing, ate tons of junk food, then locked the agency door to do aerobics in the back room. She teased me about keeping my figure for Cary Grant; then starting asking if he popped the question. Meaning our date. He will, I assured her.

One afternoon in late winter Cliff appeared. The day was mild, you could practically smell spring. I was glad I’d worn a nice outfit and earrings. I felt buzzed. When Cliff opened the limo door I got another jolt. A beautiful woman, around mid-thirties, emerged; her dark, shiny hair pulled back in a knot. She didn’t have on any make-up, didn’t need it. Her dress, a celery-colored, sleeveless silk-shantung with matching jacket draping her arm, was classic Grace Kelly. A creamy purse hung from the woman’s shoulder, and she clutched a bunch of flowers. Then Mr. Grant stepped out of the car.

He was formal, distant. Looking in another direction as he introduced his fiancée. Barbara. She was polite in a distracted famous person kind of way. Why not? Who was I? Some airline girl who helped when he came through Newark. Period.

He didn’t want to go to the little room, they were running late. I asked did he want me to escort them to the gate? He did.

Cliff bid them farewell and we headed for the plane. Mr. Grant chatty with her, and she to him in her English accent. They seemed comfortable together. He said a few things to me, nothing memorable. It all felt cloudy. Like out of nowhere a close friend announced: I’ve changed my mind, and will no longer be needing you.

At security, Mr. Grant helped Barbara place her creamy purse on the conveyor belt. She seemed uncertain about the flowers: should they go on, as well? The security agent was silent; flowers, back then, not being high priority. Then all at once Mr. Grant seemed to get flustered. As if what to do with the flowers was significant. He began muttering something like: Who gives flowers to someone about to board a plane? He grabbed them from Barbara and thrust them at me. “Give them to Susan,” he said with a chuckle, but more to himself; repeating: “Give Susan the flowers.” Barbara saying she was glad to be rid of them. I took them from her, politely saying thank you.

After that there wasn’t much. They said goodbye at the gate, at least I think they did. He did. Thanking me in a hurry. And they were gone.

I took my time getting back to the terminal lobby. A ticket agent who’d spotted him was making a big deal, wanting to know about the woman, and why did I have flowers?

“You take them,” I said handing them over the counter and telling her: “They’re from Cary Grant.” Practically swooning, she couldn’t imagine my giving them away.

Soon after, my divorce became final and I left United for a better job in another state. I read in the papers they got married. Some years later I read that he died. I wondered about Cliff. And what Mr. Grant was thinking the day he came to get me and I wasn’t there.

Beauty is one of those intangibles that seems to shape shift from person to person and moment to moment. Some find beauty in perfection, while for me, beauty can present as a rotted tree trunk, a fence missing slats in exchange for honeysuckle, an old house gone to wrack and ruin. I look into things that might have once been considered beautiful, seeing them with a fresh perspective, at the possibilities, as they travel through what is known as time. 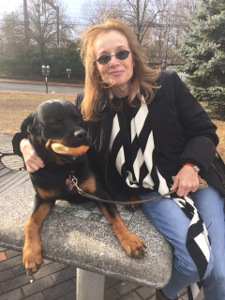 Susan Tepper is the author of six published books of fiction and a chapbook of poetry. Her seventh book, a novella tilted Monte Carlo Days & Nights was just released by Rain Mountain Press, NYC. Tepper writes author/book interviews “Live from The Algonquin” for the Boston Small Press & Poetry Scene, and is founder/host of FIZZ a reading series at KGB Bar, NYC, these past 10 years. More at: susantepper.com.