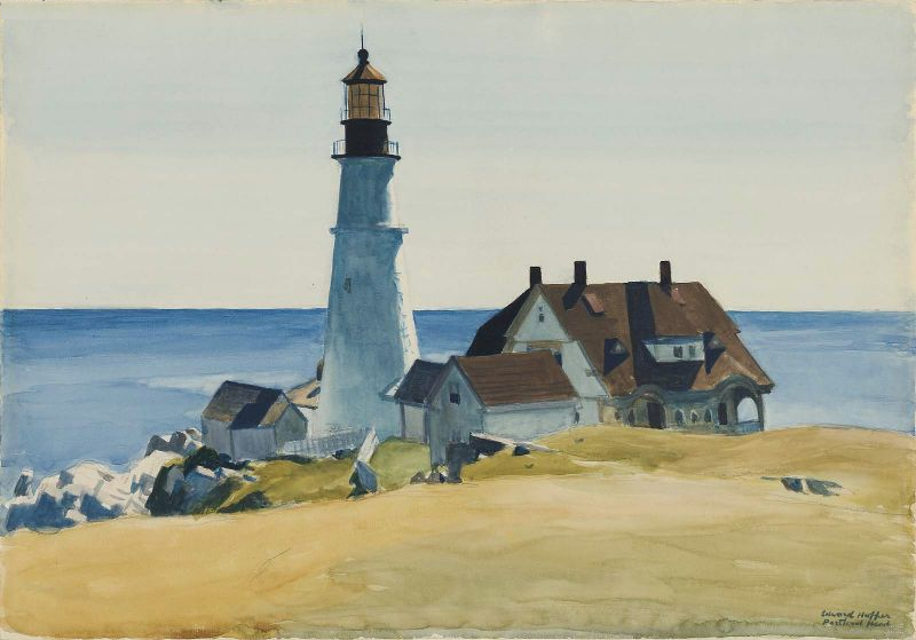 To Marie, With Love

Here in the mountains I feel free, often reading late into the nights. I go to bed just before daybreak, as the first lights in the neighbouring houses are flaring to life out of the purple darkness, and sleep till the sounds of horse-drawn carts on their way to the market rouse me.

I have taken an attic loft in the northern part of town, a space quite like our dear friend Harry Haller’s in Bohemia. Wide windows open towards Monte Toc and the new dam, the latter a huge grey concrete wall perched in the gorge above. A skylight lets cold alpine air in, and by night white moonlight falls brightly into the room.

The landlady speaks only a little English, but is nice enough. In the afternoons, the smell of her stews and baking waft into my rooms. Her nephew, also a paying tenant, leaf through my papers when I leave the house.

This afternoon I bought a map and potted around the town a little, then had lunch in a small bar called Amsterdam City by the bell tower. The stout was rich and malty, and Matteo, the bar owner, leant over the teak counter and told me that all the draught beers served in his bar are brewed in his cellar. I was charmed by the pride in Matteo’s voice, at the joy Matteo takes in his craft, his disarming provincialicism. Like Matteo and his beer, everything in this town is local and artisanal, genial and welcoming.

After lunch, I wandered over to the steps by the fountain where I could see the dam, to be finished and filled with water from the surrounding rivers in the next few months. When the sun is low, the mountain and the dam throw a cold shadow over the entire town.

I had been sceptical about this rest cure when Doctor Phlebas had first suggested it, dismissing the whole idea as an antiquated Victorian relic, but it seems he was right after all. This town is perfect for my convalescence. Away from the dreary Venetian vapours and oppressively endless water, my sleep is returning. No more deaths by water. I no longer wake from nightmares of drowning at night.

It’s only been a week since you saw me off at the train station, but it feels as if we’ve already been apart for months. Let us plan your visit soon.

Please tell the little vampires I miss them.

I met a pair of lovers feeding pigeons in the town square today. Pablo Rossi is a baker, and has come to Longarone to set up shop. Lucrezia is seven months with child, and helps out wherever she can. They plan to marry after the new year, when the shop turns a profit. They live in the northern quarter of town, just a couple of streets from my apartment. So very close by, in fact, that I’m surprised I’ve not run into them before today.

Longarone has seen many new settlers like the Rossis in the last few months, all streaming into town in the weeks after I took up residence here. The mayor has promised jobs when the dam begins operations, construction jobs, engineering jobs, and many young men from the southern provinces have followed the money north. Many have brought their wives and children along. The town has laid out a new avenue and built many new houses for these families. Supplies truck from Belluno have started driving into the town every other day, instead of once a week. Mail now arrives daily. There is even talk of building a cinema in town. People will speak of this new dam as having brought modernity to northern Italy for many years.

I visited the new public school today. A modest brick building, painted peach-white, houses the classrooms and teachers’ offices, and the back of the schoolhouse opens to a small field for the children to play in. It was playtime when I went by, and the rise and fall of the children’s voices, some mellifluous in the way of the Sardinians, others with the terse inflections of Anzio, and yet other accents from some far-off mountain region of Italy, blended harmoniously in the air. As I walked amongst these school children, many of whom are Lucy and Mina’s age, I was quite overcome. I found myself wondering: when did we get so old? If only you would bring the girls along in October. We could rent a townhouse big enough for the whole family, and celebrate Christmas together.

I hope you are not bored, are you, dearest, by my descriptions of the town? I feel compelled to write so much about it because it has been changing every day since I settled in, and I want to put the old places down in words before they are forgotten. Last Thursday, the town council approved the demolition of a small Roman shrine, around since the time of Hadrian, to make way for a new residential building. And a few days before, the mayor opened a new clinic over an ancient bathhouse in the old quarter. In a few months, the town will be entirely made over as all is utterly changed. My map is now useless for navigating the lost city.

In a way, all of these building and rebuilding is refreshing, even novel. In Venice, after all, the labyrinth of water is perpetual. But it is also a little sad. All this history, disappearing, forgotten. Writing is my own small way of archiving this history that is rapidly slipping away. Sometimes I imagine that should this town be ever wiped off the face of this earth by some catastrophe, future generations a hundred years in the future would be able to rebuild it brick by brick from these letters I write to you.

As for the girls, I think it’d be better to leave them at a boarding school, where they’d be well cared for, till you return to Venice next year. They’re at the difficult age, after all, and Mother is hardly getting any younger.

I count the days to your arrival. I have much to say to you, things that cannot be said with words alone.

Matteo told me over lunch today that the locals here in the valley call Monte Toc the “walking mountain” because it shuffles in the night when the town is asleep. It appears that there might be some truth to these stories. Sometimes, on quiet nights, when I read or write with my back turned to the windows, I can sense the mountain, as if it were a giant looming over the town, peering into my room at me. And the town’s night guard tells me that when he goes about his rounds with his dog and lantern, he often hears in the distance the rumble of the ponderous mountain, like the sound of a thunderstorm breaking somewhere far away.

After this conversation, I hiked six miles by a forest trail to the dam in the mountains. In this time of year the leaves in the trees are red and gold and auburn. When the wind picks up they rustle crisply and scatter like so much confetti. I was reminded of our honeymoon hiking in the foothills of Zermatt, just before the snow fell that year. We were so young then. You, a flower of the mountains, breaking into small bursts of song, and I, heart beating wildly, trailed along behind you, so in love with you, your high clear voice, your swishing summer dress, your black leather boots, your off-season summer hat, all of you.

When I arrived at the dam, I was immediately struck by the immensity of the entire structure. I’ve seen it many times from Longarone, but when viewed from the town it always had a comical, almost toy-like aspect. From this windy pomontory I can see the town and a few other villages laid out at the mouth of the gorge, all buzzing with commerce. Behind, the canyon, resplendent in the warm colours of fall. The foreman on duty tell me that this is the highest dam in the world, an engineering tour de force, triumph of man over nature. It will, in a few short weeks, power all the towns in the Piave valley.

They say that the dam’s lake will be filled at midday on the 9th October, the same day as your arrival. When that is done, the Lago del Vajont will be a bright half-moon perched amidst these green hills. When you are here we shall perhaps follow these soft dirt paths up to the dam together, as we did so many years ago in the hills by the Starnbergersee. I remember that April day perfectly, we, running, tripping, breathless, and then surprised, coming all of a sudden over the hilltop overlooking the lake, by that warm shower of spring rain.

I hope you receive this letter before you board the northbound tomorrow.

I shall be waiting for you by on the platform by ten in the morning. We shall lunch together at Amsterdam City by the red-brick church with the white steeples and the bell tower. We shall visit the new school house together, and have tea with the Rossis and their beautiful baby Alessa. We shall admire the dam from the fountain in the town square. And tomorrow night, this long separation finally finally over, we shall waltz to Brahms in the music hall down the road.

Beauty is the still point in our turning world. It is the tremble of anticipation, the held breath. It is found in the exact second when the parachute does’t open, in the lingering space between fingertips when lovers part. It is the infinitesimal moment between my girlfriend’s sleepy eyes lighting on me beside her and her first morning smile. 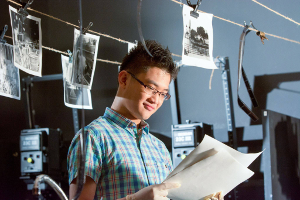 Wong Wen Pu is a fellow of the Pulau Wayang Lighthouse Writing Residency. His fiction and criticism have been published in journals such as We Are A Website, Gadfly Online, QLRS and Mackerel. He is also a co-editor of this is how you walk on the moon, an anthology of anti-realist fiction published in 2016.