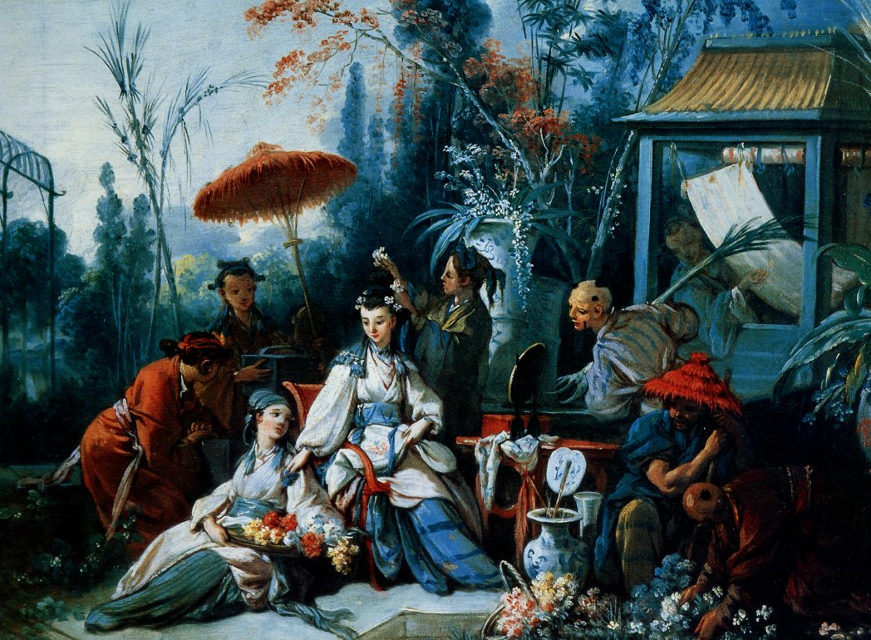 Bring over your hairy tarantula, Dracula

A few hairs may come off, it’s okay:

in the Lytic cycle it’s all good.

But if your spiderlings break me, that’s not cool—

Be a gentle hijacker

a pro on Lysogenic mission

Bring your -ic acids in a box

A Date With Dracula

Vino: rich plasma with a hint of protein and fragrant hormones.

Your paramour, hair slicked back, sleek in all black, modest necktie asserted by a silver pin:
Pupils constricted, lips moist, heart and breathing barely detectible as he relishes his fare…
Is that the outline of his excitement showing through his jeans?

You, underdressed but at least dressed to run, if necessary:
Eyes round with fear, mouth dry, heart racing, hyperventilating, no appetite, noradrenaline epinephrine glucose barely keeping you from fainting. Maybe he thinks you’re turned on, but you couldn’t get wet if you tried. In short, you are afraid.

First trophic level:
Librarians, administrative clerks, custodians, and groundskeepers convert energy from the sun (and government) into what the rest of the community (college) needs. These autotrophs are the only ones in the mood to dress up and enter their photosynthetic offices into Halloween contests. K-selected group coming and going around-and-about carrying capacity depending on budget cuts, grants, needs, and the occasional generous donor.

Second trophic level:
Full time faculty, who only deal with about 10% of the crap producers have to deal with, are tenured, insured, represented, committee-ed and scheduled up to their necks, but even if they get burnt out from 15+ credits a semester and cease to care or even try, their employment pattern is still late-loss (type I), because it’s almost impossible to fire someone tenure-track unless you catch them in the act of doing something really, truly, obscenely inappropriate. (And even then: What’s up, Union Rep?)

Third trophic level:
Students, who only retain 10% of what they’re taught in class or in the books, though it’s right there in black print on white paper, and even if you print the same question from the quiz on the exam and then again in the final. Their retention pattern: early-loss (type III), both in knowledge and in enrollment. You can add as many as you want that depressing first day of class knowing they’ll drop like flies, with a sharp negative log base (1/2) X dip every time a financial aid check goes out. Part of the job is keeping track and dropping them so they don’t get free money semester after semester. (Opportunistic lot.)

Fourth trophic level:
The deans. Only deal with 10% of students, but manage to effectively help them track down retired or moved-on faculty for grade contestations and grade changes. And somehow, at least in Area 2, can’t seem to keep one. Constant loss (type II), arithmetical decrease. Illness, severe allergies, retirement, got-the-hell-out, budgetary mistakes, sexual misconduct (leaving that one alone).

Fifth trophic level:
President? Board of trustees with their specially-marked parking spots? President still might call and bug about a grade contestation, everyone else having failed. Student advocate, what’s up? (Even if the student plagiarized?) Exponential in sum of assets if not sigma-headcount, as a lot is required to support those at the top of the food web/pyramid/chain.

Second-to-Fifth trophic level:
Didn’t think we forgot the adjunct faculty, did you? Just because everybody else prefers to gloss over our existence doesn’t mean we forget ourselves.

Probably the only people besides producers who aren’t burnt out and cynical (well…), still nice to students, may even care about them and their education, but without health insurance and an office (or much compensation) there’s only so much one can do.

Retirees teaching one class just for fun or called up last second to cover 8 A.M. lab (or worse, M-Th 7-7:50 A.M. class). PhD candidates, new PhDs or randos with M-what-have-you graduate degrees (for their sake, hopefully not in English or Fine Arts).

They come to town, are initially shell-shocked by the slum-like nature of the first week or two of class, then find their pace, though the grading piles up at logistic rate as they attempt shaving away at it. They all fall off the cliff edge of equilibrium eventually, moving on to better things (or have a midlife crisis and go back to community college themselves for an A.S. in Registered Nursing) but there are enough adjuncts (as long as they’re not nabbed last minute by the UC) that the economics of the community-college-adjunct-detritivore-ish-relationship persists in its really not-very-sexy-at-all S curve.

What’s it like to be red-green colorblind at Christmas?
I don’t care about the presents

Red things:
Santa, bows, sleigh, exciting underwear.
Victoria’s secret love for bleeding more hereditary than Bloody Mary’s.
Anne Boleyn’s head flew for nothing, though she, more than anyone, should have known: the moment she gave up the prize, it was over. While crossing over’s a mundane affair, rien between her magnificent Xs and his shriveled ys.

Green things:
Elves, pine, frosted cookies, pine (verb).
I’ve got a perfect puzzle for you: if you have a horribly disfiguring mutation on your chromosome 16, what are the chances of your passing it on to your children?
Maybe just forget about the whole thing, no nondisjunction random fertilization mutation.
Though even if we paradoxically can’t stop all nonsense, we can slow down the effects of dystrophy with that creepy, green-haired oligonucleotide. You will live in happiness too.

All I want for Christmas…

Beauty is arbitrary, subjective, and for all the banal and common stuff it’s made of, entirely irresistible. We aspire to it yet at the same time cannot bring ourselves to trust it. This is a curse of sorts because it would seem that the timing is never right, the universe filled with obstacles and excuses, and then all of a sudden, one morning we wake up, and it is too late. 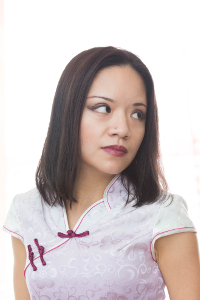 Yu-Han Chao was born and grew up in Taipei, Taiwan. She received her MFA from Penn State, and is currently working towards a degree in nursing. The Backwaters Press published her poetry book, and her short story collection is forthcoming with Red Hen Press. More at yuhanchao.com.