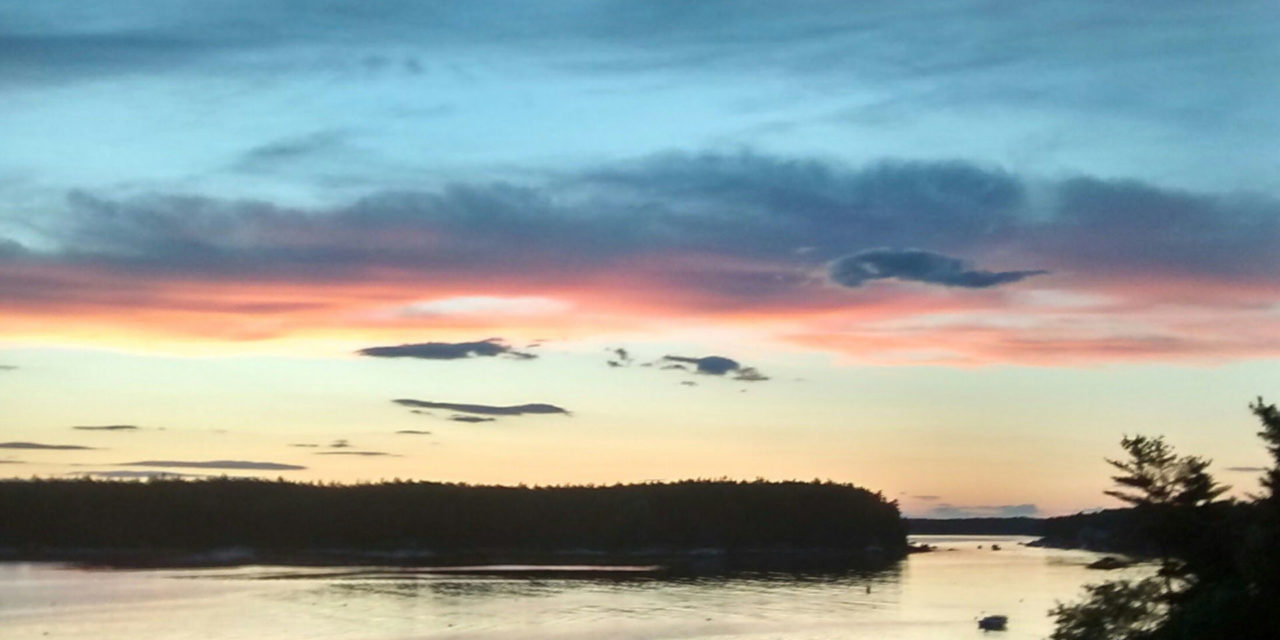 Broken Claws at the Edge of the Sea

If the rain hadn’t been wet, but instead only grey splashes of sky
rushing down to embrace the hard sidewalk, we wouldn’t

have left our umbrellas twirled open on the lobby floor, yours
all green and mine a shout of flowers, and then I wouldn’t have

thought about the world opening behind the letter O,
stretched like a porthole, something shimmering and

sea-like to peer through, and the way lips come together for
the M, almost like humming, almost like the way I would carry

a popular tune through the house where I grew up and imagine
that a boy-man out there might someday materialize, prince

like the god-awful storybooks said, on a horse though I had
no interest in horses, the way some girls did, riding the great

beasts, muscles rubbing against crotch, and all this wouldn’t
have led me to think of the succession of places I called

home—doors that opened and closed on certain times of my life
as I stumbled along the streets: Sunshine Court, Calendar Street,

Castle Hill Hotel on Ridge Road, Route 152, Mountain Valley Highway,
always dragging along the fussiness of my life. And certainly

the women on Malaga Island must have washed their hair in basins
listening to the hush of the sea, hard boards that seemed

so unchangeable beneath their feet and maybe they never
considered how slippery an O might be, how wispy an H,

how the world always pushes, shoves, some unruly beast
that thrashes about on mean feet, even out there in the middle

of the sea where it would seem the rocks protected you,
the water a spell against evil forces, yet now

no more homes rise there among the fir and winds, only stones
left from foundations, and at the water’s edge—only foam,

bladderwrack, broken backs of mussels, and the pink
and white remnants of lobster claws.

Note: The mixed race inhabitants of Malaga, an island in Maine, were evicted from their homes by the State  in 1912.

Translucent, full of water,
riding the currents of the abyssal plain
like fat thumbs loose on the ground
they pull themselves along
on tubular legs on the black bottom
unable to float into the light.

Sea pig, what do you do
for love? Do you feel the pale
skin of hundreds rub against you?
Do you tire of sucking
sea mud, eaten from the inside
by the snail’s needs?

Before you, hot lava flowed.
Before you, the oceans boiled.
If I put my hand on you,
I feel life quiver and sob.

You’ll find it at the corner of High Street and Main
where the oldest traffic light in Waldo County still sways.

You’ll see it in the way the light skips like waves
across the black and whites in Neil Parent’s studio.

If you don’t mind walking, you can climb the hill,
cross Church and see it in the granite steps leading

our errands, bouncing off our eyes, our ears, slipping
beneath our feet, making us stiff with the moments

we garner here in July. Catching our breath like patterns
of ice scrimshawed across the looking glass.

Birds can be drawn

not with pencil on paper, but
to the scent of plastic, to the blatant

to tumble in the waves after they’re attacked
by hungry krill. Until you go below you don’t know

the turgid splash. In fifty years we’ve given
them hundreds of millions of tons and now

a brass weight holds our heads in,
we cry about it, we wring our hands,

make plans to ban plastic bags in supermarkets,
to revert back to paper, with its own dirty footprint.

of squid, krill, slick microplastics.
They swallow without disgust, without

knowing what they owe to us. While outside
we sway, grounded like seaweed, our thoughts

shifting. A man on a bicycle rides along,
scooping up plastic returnables

for nickels. We wave at each other,
passing along wet shimmering roads,

our skin smooth, our teeth shining.

Beauty is like air, like water, like dirt. It’s everywhere, in all things. But because it is so plentiful, we often overlook it or have a hard time seeing it. Yet it’s vital. We can’t live without it any more than we could live without air. The poet’s job is to dig the beauty out, to reconstruct it in language that tastes fine and fresh, to make the world a new place again where beauty is impossibly evident. 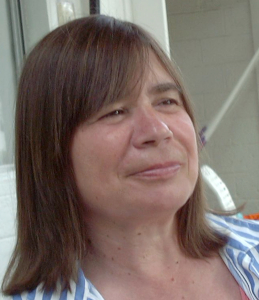 Judy Kaber has lived in Maine since 1971. Her poems have appeared or are forthcoming in numerous journals, both print and online, including Eclectica, The Comstock Review, and Crab Creek Review. She lives in Belfast. More at: www.judykaber.com.